Any geek worth their salt loves games of all shapes and sizes, be it card games, board games, or video games. The reason global hits such as Dungeons & Dragons and Magic: The Gathering have been so successful is because they appeal to the innate nature of the geek – they provide fully immersive entertainment with endless avenues and possibilities.

However, many geeks simply don’t have the time or interest in learning, say, the hundreds of varying, and often contradictory, rules of D&D, and would rather some more simple games to occupy their time with. If you’re wanting intelligent, immersive, and replayable entertainment that’s simple to grasp, here are the best games you can totally master in 10 minutes or less.

This hit card game peaked with the success of the animated TV show back in the 2000s, but still enjoys a following of tens of millions of people worldwide. Rare Yu-Gi-Oh cards regularly sell for thousands of dollars and tournaments are commonplace, especially in Japan and South Korea. The format of the game is incredibly simple. Each player has 2000 (or sometimes 4000) ‘life points’ and the goal is to remove the other player’s so that they hit 0 points. You do this by “attacking” them with your own cards; if your card has more points than one they’d deployed, the difference gets subtracted from their balance. Simple.

Baccarat has been around for hundreds of years and exists in several versions, however, it’s the most popular version, also known as Punto Banco, which is the simplest. There is no luck element involved whatsoever, with the dealer or “banker” being in charge of dealing your cards for you. Whether or not you win just depends on what you’re dealt. Even simpler versions to master quickly include those in the digital realm; Online Baccarat gives you the option for viewing how the banker plays, meaning that you’ll be even to pick it up even quicker. 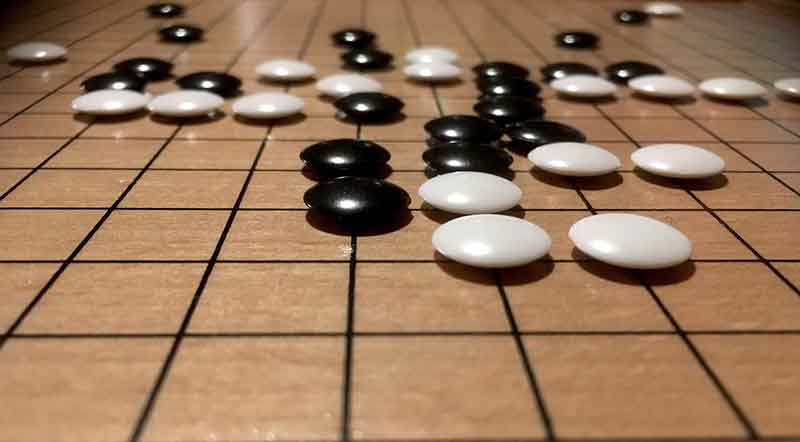 Thought to be one of the oldest games in human history, having been played continuously since the first ever games in imperial China over 2500 years ago, Go remains so popular because of its simple and entertaining model. Think of it as a less complicated version of chess; you start with a 19 by 19 line square board, with each player being assigned a different color. The aim of the game is to use your pieces (identical checkers) to surround the other player. A game typically takes less than an hour to complete and while it uses strategy, you’ll be feeling like a professional after one or two tries.

If you love the lore and imagery of D&D but aren’t too keen on learning it from scratch, Dungeon World is the game for you. This popular board game is frequently referred to as a simple alternative to D&D, with less demanding regulations and far fewer rules, meaning that you don’t need to conduct hours of research before you feel you can play it properly. The story mode, which is what makes D&D so engaging, is here in all its glory.

Simple isn’t always better, but it can be a lot more enjoyable for certain kinds of geeks. If the simple and low-maintenance appeals to you, then consider playing these on your next games night.