S1:E4 — Willoughby Kipling (MARK SHEPPARD) conscripts the Doom Patrol into helping him avert the end of the world by stopping a nihilistic cult.

We open on a birthday of a baby. Innocent enough, right? Then we watch him (Elliot) grow, and as he does, he’s got these markings all over his body…they increase with his age. Elliot and his parents are part of a cult (the Cult of the Unwritten Book) and upon his 18th birthday, Elliot will save the world.

Which, of course, means he’s meant to destroy it. 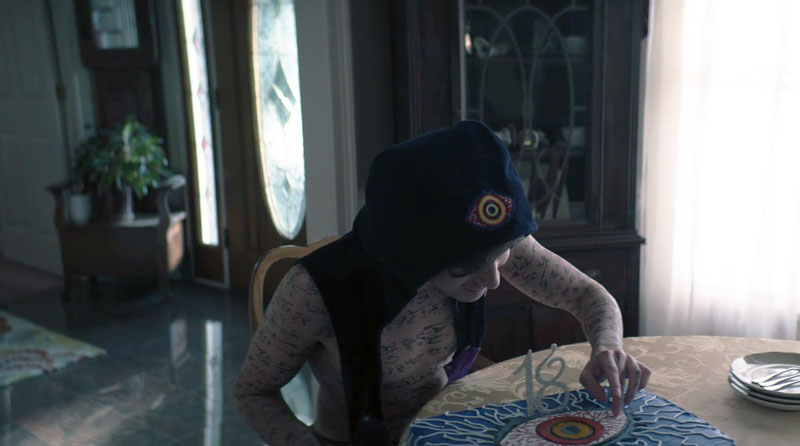 That’s the basic premise of the episode, including Mark Sheppard (SUPERNATURAL’s Crowley) as a sort of occult detective that is a mix between John Constantine and Doctor 13 with oddball items (Janis Joplin’s dental floss? Michaelangelo’s ashes? Check and check.). The team, meanwhile, gets brought into this apocalyptic scenario as a B-plot to finding the Chief.

Elliot IS the Unwritten Book, and if he is “read” (those glyphs that are all over his body), then the Eye (or, the Decreator) gets summoned and bye bye world.

I smell Grant Morrison in this episode’s DNA. And make no mistake; that’s not a bad thing. As I mentioned in the first installment of DOOM WATCH, I am unfamiliar with his DP run (although, I did read FLEX MENTALLO), but a quick search tells me that yeah, Kipling, the Unwritten Book…all came from the Morrison/Pace run of Doom Patrol.

This makes me uncontrollably happy, even if the references are lost on me. See, the way I see it, the things that make the team (not just the comic, not just the show…the team itself) so unique is the embracement of the weird. I’m not sure how this is the case, but Robotman is constantly saying, “What the fuck?!” and as such, he’s our proxy into this world. To have the one character that can’t feel anything be our proxy is entirely meta and it’s making my head spin a bit, but there’s a poetry to it. I mean, there are human beings on this show, but they are too fantastic, too weird, for us to relate to. The brain in the robot body? Yeah, that’s us and it tracks.

Sheppard is great and a lot of fun. While I’m sure he’s used to similar material on SUPERNATURAL, watching him eat scenery and play with the script is a delight.

Ultimately, the team fails, and I think that not only is that in the DNA of Doom Patrol, the concept, but also, watching heroes fail is satisfying on a certain level. For one, we want to see them as we see ourselves, but most importantly, I think, we want to see their victory even more after failure. 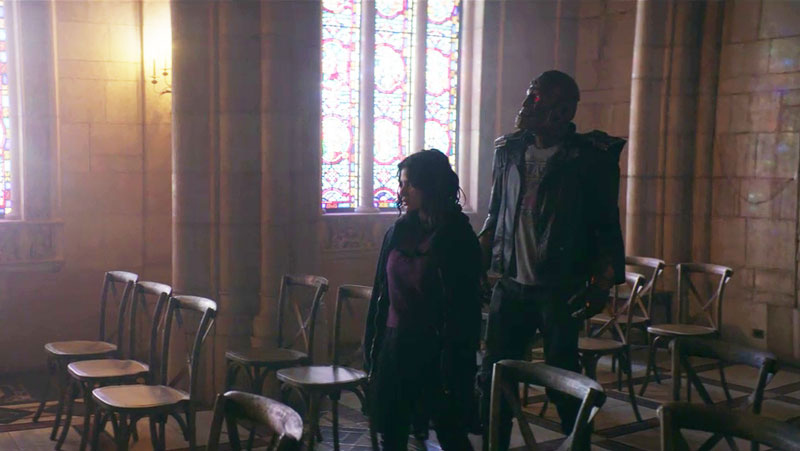 I do, however, want to point to something that fascinates me about the show, even four episodes in, and that is how the team gets paired up for maximum effect. Cliff always seems to be with Jane, and we learn in this episode that this is because on some level, he sees Jane as his daughter, Clara. He believes he’s a failure as a father and in Jane, he sees a chance to redeem himself. Rita always seems to be paired with Vic, and I think that’s because Vic challenges her to be a better version of herself. He went from calling her a star to saying she’s not a hero, and in this week’s episode, she proves that she has what it takes to be a hero (and she finally stretches, Elastigirl style!).

The pairing of Vic and Kipling was fun because Vic learns that not everything can be solved with technology, and the two have a Gimli/Legolas rivalry with science versus magic. 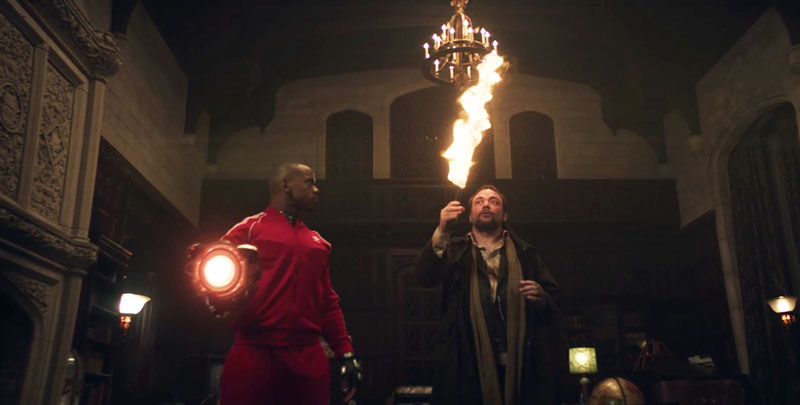 However, the one pairing you that is less obvious is who Larry gets paired with…and that’s with the Negative Man. In week’s past, we’ve seen a lot of Larry’s pre-Negative Man days, but this week, we actually learn more about the Negative Man. It’s one of the best sequences of the week, watching Niles talk to the Negative Spirit via some kind of weird device. 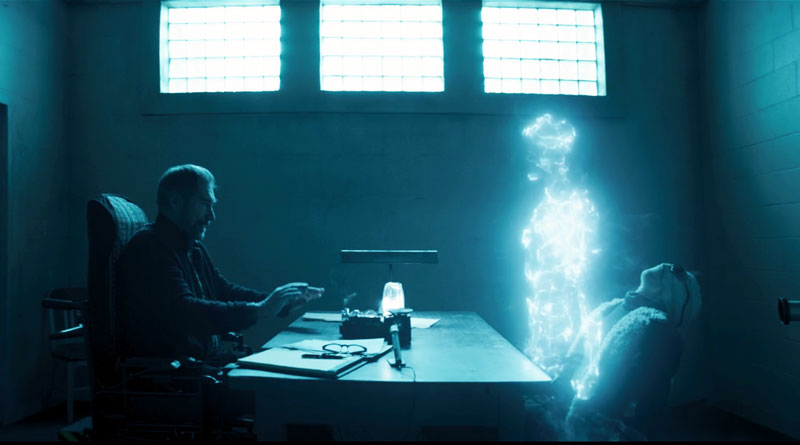 I won’t spoil what is said, but I think it’s safe to say that Larry understands the Spirit a little more now, and might be on a path to eventually resolving their differences. Larry’s “hero’s journey” will probably lead to a better version of himself, too.

To be an unfair reviewer and compare this to TITANS, where DOOM PATROL succeeds is in having these characters act like the characters. I’m not the only one who cringed at Dick Grayson’s edgelord, angst ridden portrayal and that’s because from paper to screen, something got lost in translation and instead of embracing what is great about Nightwing, the creators of the show seemed to want a Batman proxy. There’s none of that baggage with DOOM PATROL. The actors seem to have more freedom to find the nuance of what makes them weird, and play in that space. TITANS feels constricted by its own color palette compared to DOOM PATROL.

I haven’t found one instance in the first four episodes where I didn’t enjoy what the cast and crew brought to the screen.

It’s the same kind of enjoyment I’ve been getting watching UMBRELLA ACADEMY, because everyone involved seems to be enjoying what they’re doing. I’m sure that the cast of TITANS does as well, but it doesn’t come across as anything but shackled.

Well, who doesn’t want to see if the Decreator has destroyed everything?