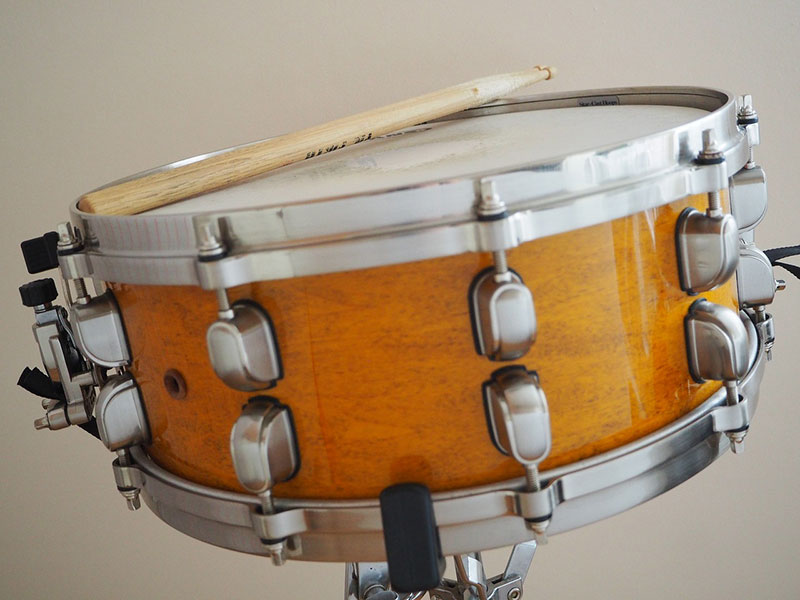 For all their talent and rigorous training, people in marching bands still get stuck with the reputation of being the “nerdy kids” in school. But marching bands, and especially the all-important snare drum, are not as nerdy as you think. In fact, if you delve into its history, you’ll find that this instrument has played a crucial role in preparing troops for battle and winning wars.

Also known as the side drum, the snare is a percussion instrument that has roots going back to the middle ages. But the instrument you see today is not the same as the original form of this percussion piece. It has taken many, many years to get to where we are today. Here is the not-so-nerdy history of marching band snare drums.

The evolution of the snare drum is closely tied with the development of military techniques. Before the invention of radios and other more direct forms of communications, drums were used to communicate between the troops.

The original snare drum seems to have been a descendent of the tabor. The tabor was the first inception of the drum we think of today, with a single gut snare running across the underbelly of the drum. These drums were made of stretched calf hide.

These drums were often used in war to have troops sync up their movements with the rest of the brigade. It was accompanied by a set of pipes, called fifes. Very rudimentary, the first snare drums were used for simple military commands and at festivals.

During the early 1500s, the snare drum increased dramatically in size. It became large enough that it needed to be carried at the side of one’s body. The basic snare became extremely popular with mercenaries, mainly from Swiss descent. However, this version of the drum had become the go-to means of communication for almost all countries during times of war.

With modern technology, the snares became crisper. Using screws to hold down the snares, the sound of the drum became cleaner than those of the loose snares. This is when we began to hear the modern snare we hear now. However, the 18th century is when we also began to see a decline in the snare drums presence in the armed forces.

With the dawning of the twentieth century, the snare drum began to use metal snares. Along with plastic covers, this era marked the last major change for this instrument.

The innovation of drum kits, as well as the racial history of the United States, are part of what spurred the role of the drum in jazz. Unable to play in marching bands, many African American percussionists made the move to jazz lounges.

Technological advancements also played a part in these changes to make the instrument one of the most significant pieces of any percussion set. A quick look at the guide to snare drums by Drum Center of Portsmouth will show that there are drums for different needs, from the marching snare to the kit snare and much more. The invention of plastic also had a major impact as plastic covers were used to replace the calfskin covers. This made them cheaper to be mass produced. Marion Evans, a drummer himself, created the plastic drum head in 1956.

Nowadays, the main uses of the snare drum are for marching bands, parades, and concert bands. The instrument is important for a wide range of musical styles, from jazz to rock bands, pop music, orchestras, and more. So, the next time someone tries to tell you marching bands or snare drums are nerdy, give them a little lesson on its intense history.