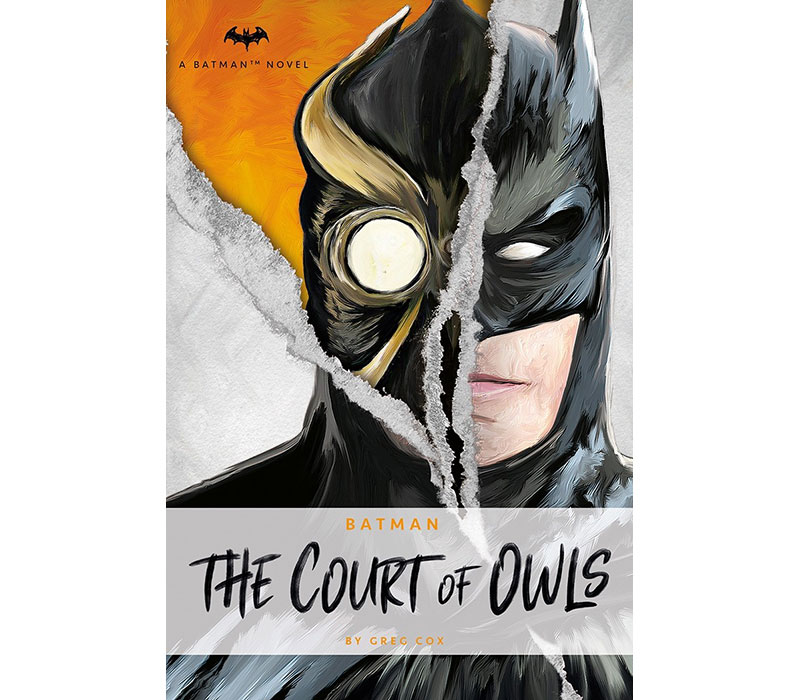 For generations, an apocryphal cabal has controlled Gotham from the shadows, wielding fear and violence through its undead assassins, the Talons. THE COURT OF OWLS.

Dating back centuries, its leaders are men and women of wealth and influence who meet in secrecy, hiding their identities behind stark white masks. Employing science and alchemy, they sought to kill Bruce Wayne who, as Batman, dealt them their greatest defeats. Even then they faded back into the darkness, and he could not eliminate them entirely.

Now, Gotham City is plagued with a series of brutal murders in which mutilated bodies are burned almost beyond recognition. Batman and his allies—including Nightwing and Batgirl—quickly realize that the Talons have returned, yet the reason for the killings remains tauntingly unknown.

As the heroes seek answers, their path stretches back more than a century. Should the Owls obtain what they seek, it could grant them power that no one could counter. With each moment that passes, more victims appear.

Batman must stop the Talons before they kill again.

To enter, send an email with the subject header “COURT OF OWLS” to geekcontest @ gmail dot com and answer the following question:

Court of Owls member William Cobb, aka Talon, is the great-grandfather of this established character?