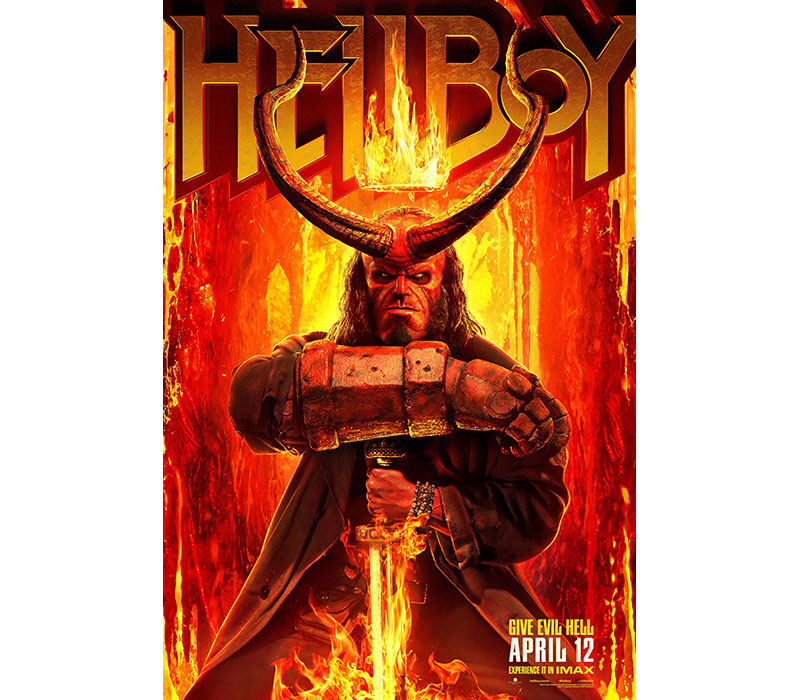 Hellboy is back, and he’s on fire. From the pages of Mike Mignola’s seminal work, this action packed story sees the legendary half-demon superhero (David Harbour, “Stranger Things”) called to the English countryside to battle a trio of rampaging giants. There he discovers The Blood Queen, Nimue (Milla Jovovich, Resident Evil series), a resurrected ancient sorceress thirsting to avenge a past betrayal. Suddenly caught in a clash between the supernatural and the human, Hellboy is now hell-bent on stopping Nimue without triggering the end of the world.

And we’re giving away ten pairs of tickets to readers in the Boston area.  These passes can be used from opening to the end of run.

To enter, send an email with the subject header “HELLBOY” to geekcontest @ gmail dot com and answer the following question:

Please include your name, and address (Massachusetts addresses only. You must be 18 years old).