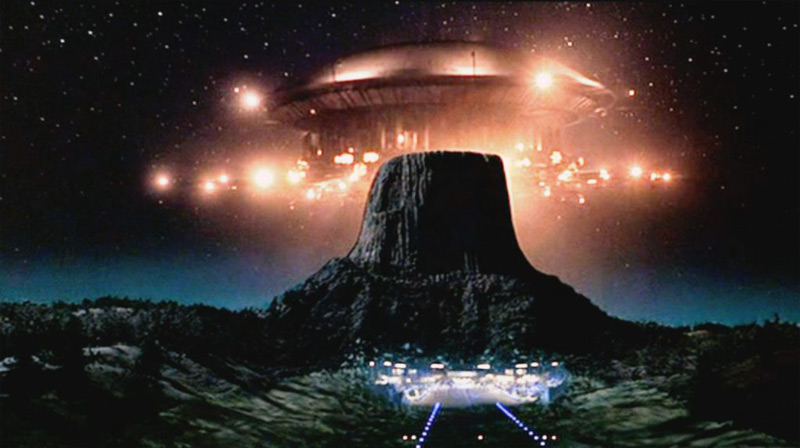 The most influential science fiction film of 1977 was obviously Star Wars, and you can check out my December 2015 FOG! column to read about Asian and Italian Star Wars imitators.

But what was the second-most-influential science fiction film of 1977? It must be Steven Spielberg’s Close Encounters of the Third Kind, yet that film’s descendents are comparatively little known.

Let’s look at five science fiction films that clearly followed in the footsteps (or the spaceways?) of Close Encounters.

One surprising similarity among the imitators: all are low budget with mostly lesser-known actors.

So here are five enjoyable films heavily influenced by the great Close Encounters. 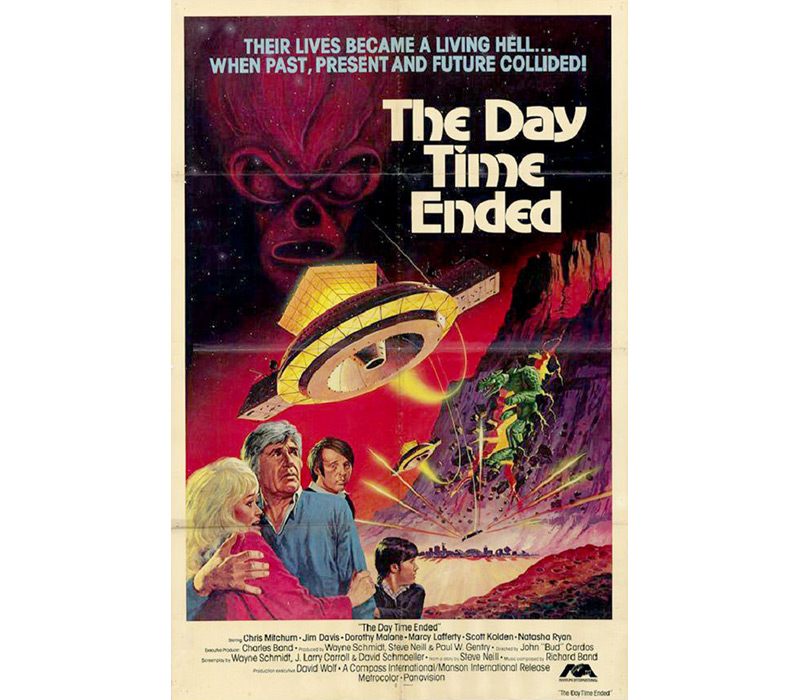 This first Close Encounters imitator might be the best. From John “Bud” Cardos (who directed William Shatner in Kingdom of the Spiders) comes this story of a rural California family that finds themselves caught in a time/space warp.

It is a very strange movie, as old-fashioned family values meld with psychedelic special effects.

These effects, supervised by Paul W. Gentry, are remarkable for an obviously low-budget film. The stop-motion space monsters are just a step below Ray Harryhausen. The floating robot (friend? foe?) is unique and frightening. The matte paintings are gorgeous – almost stretching this otherwise small-time movie to epic scope.

The screenplay is the weak point. But it’s a dreamy, moody science fiction adventure that deserves a larger audience. Remember, “Yesterday, today, and tomorrow are constantly with us. And will be with us for all eternity.” 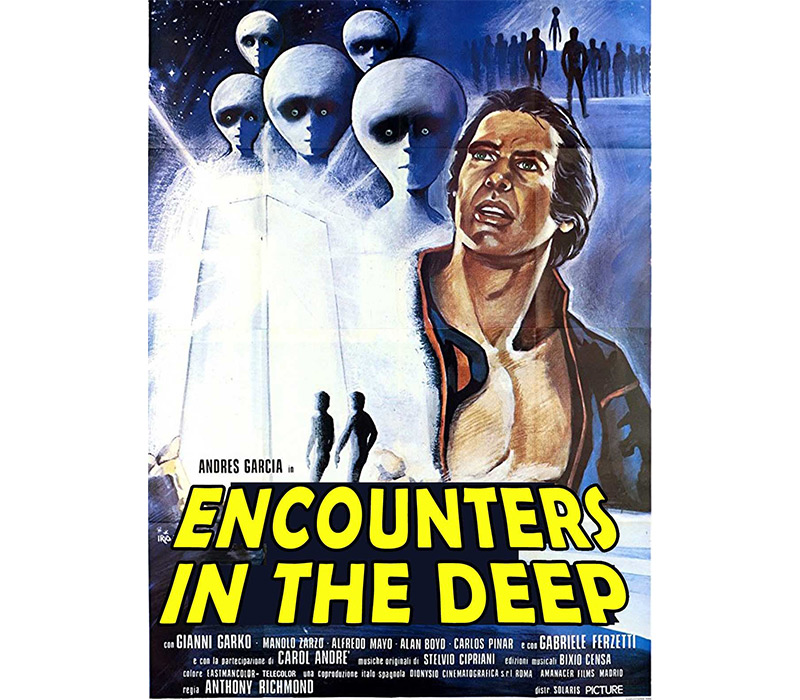 Here’s the lone European (Spanish-Italian) imitator on our list, directed by bottom-budget specialist Tonino Ricci. It merges Close Encounters elements with Bermuda Triangle superstitions that were also popular at the time.

It’s surprisingly exciting in the opening scenes, when a coast guard ship and then a pleasure craft with a young couple are abducted by the undersea aliens. Eerie cosmic sounds, lights, steam, and giant bubbles from the depths surround and overcome the ships.

Then the low budget shows itself as pacing slows and action subsides. You’ll need plenty of patience to watch it.

But you’ll get several exciting images – idol, obelisk, spaceship – at the conclusion when the two co-heroes (a soft-spoken moustached oceanographer and his often-shirtless adventurer pal) stumble into the alien base at the grotto.

The scene where the abductees emerge backlit alongside their bald-headed alien friends is a direct swipe from Close Encounters – so similar that there probably would have been a lawsuit if Encounters in the Deep weren’t so obscure. 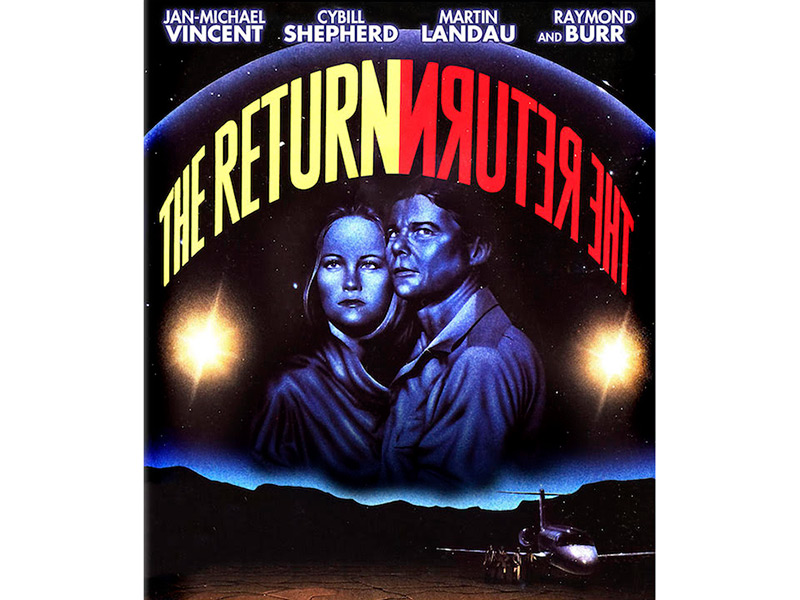 Here’s the biggest budget movie on our list. It features several accomplished actors including Raymond Burr, Martin Landau, and Cybill Shepherd (as our heroine).

Unfortunately, it doesn’t know what to do with itself. The first third is the Close Encounters third, as kids encounter aliens. Then it turns into a crime movie, where the kids get stalked by a murderer.

It returns to science fiction at the conclusion with a pretty neat space vortex sequence. But it should have nixed the crime stuff and stayed with Close Encounters the whole way.

Beware some weird gore when the murderer uses a mini light saber to mutilate cattle – and a few people – along the way. 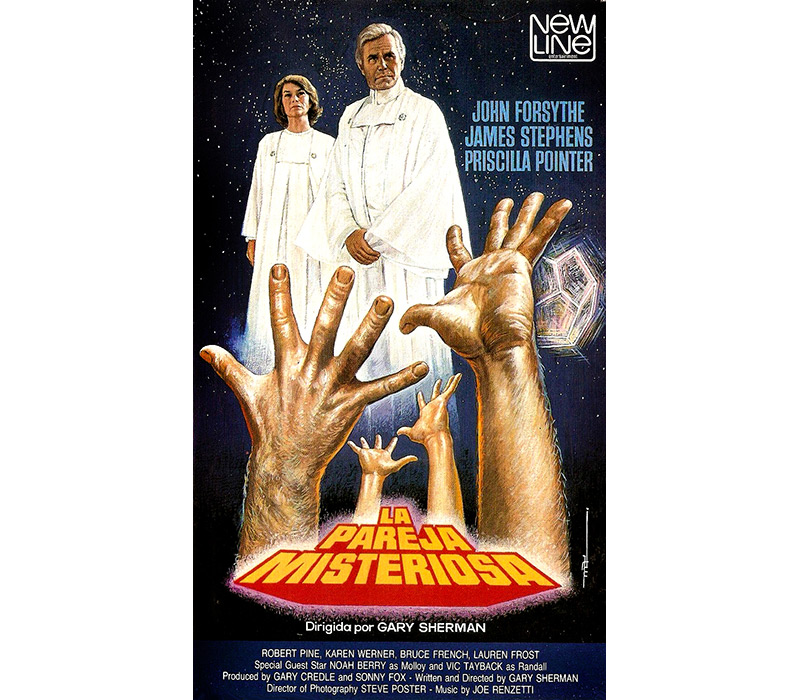 Here’s the lone TV movie on our list, a pilot for a series that never was. It fuses elements of Close Encounters with the true story of the Heaven’s Gate UFO cult which was actively promoting itself and expanding in the late 1970s.

Unlike in the other movies on our list, the aliens – He and She – take human form and communicate directly with us Earthlings. They tour the country recruiting followers as Heaven’s Gate was doing at the time.

Mysterious though they be, the pair certainly seems to have good intentions. But just what are these intentions? Perhaps “goodness” in an alien dimension might be bizarre or disturbing to human mortals.

Science fiction effects – streaking blue comets, glowing crystal pentagons – are essential to the film, but the main concerns are the implications of joining a cult. Members must forgo all earthly attachments, possessions, occupations, and any friends or family members who won’t come along.

The hero is a young man whose girlfriend joins the Two. When she – and the other followers – and the Two blast off to dimensions unknown, what then?

Everything takes on some poignancy when we consider the fate of the real Heaven’s Gate: it came to an end in 1997 when most of its remaining devotees killed themselves in the belief that their souls would migrate to an alien spaceship flying in the wake of Comet Hale-Bopp. 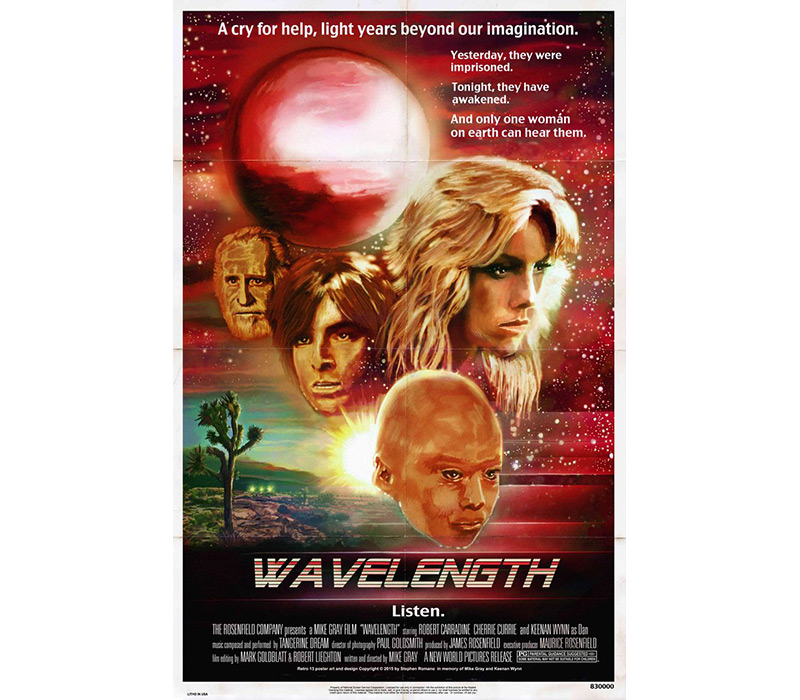 At this stage in sci-fi film history (post 1982), Close Encounters influence starts to blend with E.T. influence. So there’s a group of gentle, bald, naked aliens like in Close Encounters – but they’ve been captured by government operatives like in E.T.

Lucky for these aliens, they get aided by young people (like in E.T.) to contact their fellows and catch a return trip back home.

Wavelength has two musical claims to fame. First, its score comes courtesy of Tangerine Dream. Second, its heroine is played by Cherie Currie – the same gal who sang “Cherry Bomb” with Joan Jett back in 1976.

There’s too much evil government conspiracy stuff for my tastes. But the direction is nimble and the screenplay is sincere. The spaceship at the conclusion is the best such spaceship on this list.