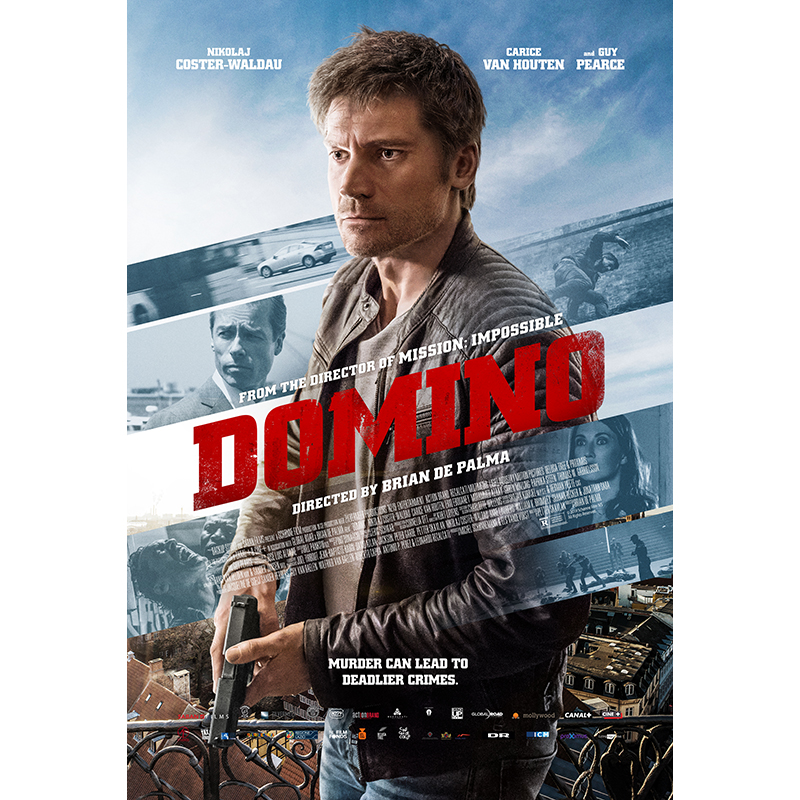 Arriving in theaters and On Demand on May 31st, Domino is the latest film from Brian De Palma (Blow Out, Body Double, Dressed to Kill).

In a world wracked by terror and suspicion, Copenhagen police officer, Christian (Nikolaj Coster-Waldau), seeks justice for his partner’s murder by an ISIS member named Imran. On the hunt for the killer, Christian and a fellow cop are unwittingly caught in a cat and mouse chase with a duplicitous CIA agent (Guy Pearce) who is using Imran as a pawn to trap other ISIS members. Soon Christian is racing against the clock – not only seeking revenge, but to save his own life.