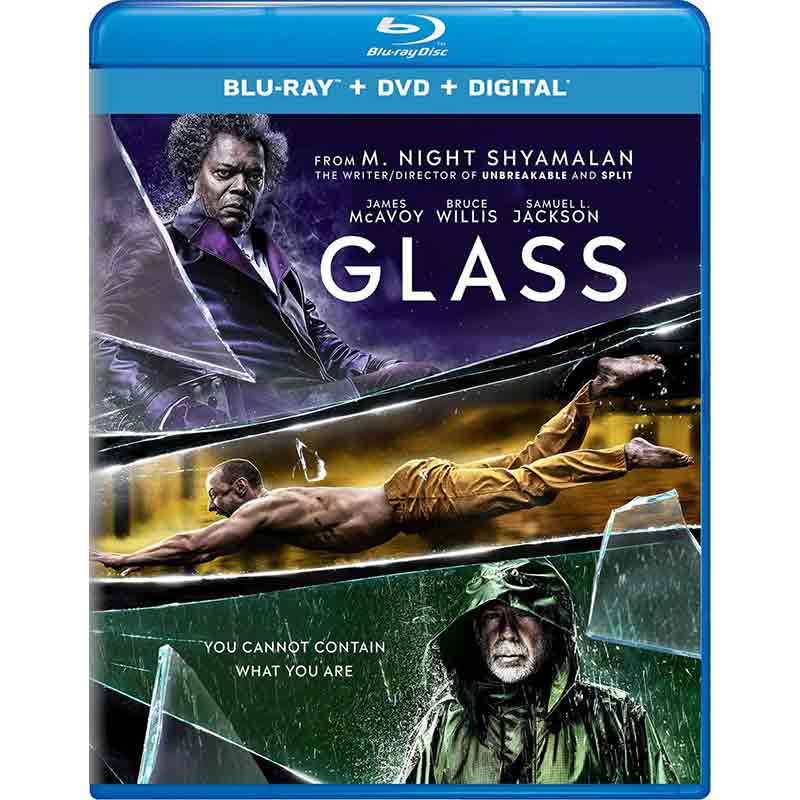 Writer-Director M. Night Shyamalan (The Sixth Sense, Signs) completes a mind-bending trilogy created nearly twenty years ago with GLASS, a comic book thriller available on Digital and on 4K Ultra HD, Blu-ray, DVD and On Demand from Universal Pictures Home Entertainment. GLASS is a grounded-in-reality, comic-book thriller where the heroes and villains are people first.

Go inside the mind of master of suspense M. Night Shyamalan to uncover the connections and references that bring the three films together in one universe. Experience more than sixty minutes of never-before-seen features elaborating on his process and artistic vision including an in-depth look at the making of the film, deep insights on the characters, a never-before-seen alternate opening, and deleted scenes.

To enter, send an email with the subject header “GLASS” to geekcontest @ gmail dot com and answer the following question:

Who is the only actor to appear in every film of the trilogy?