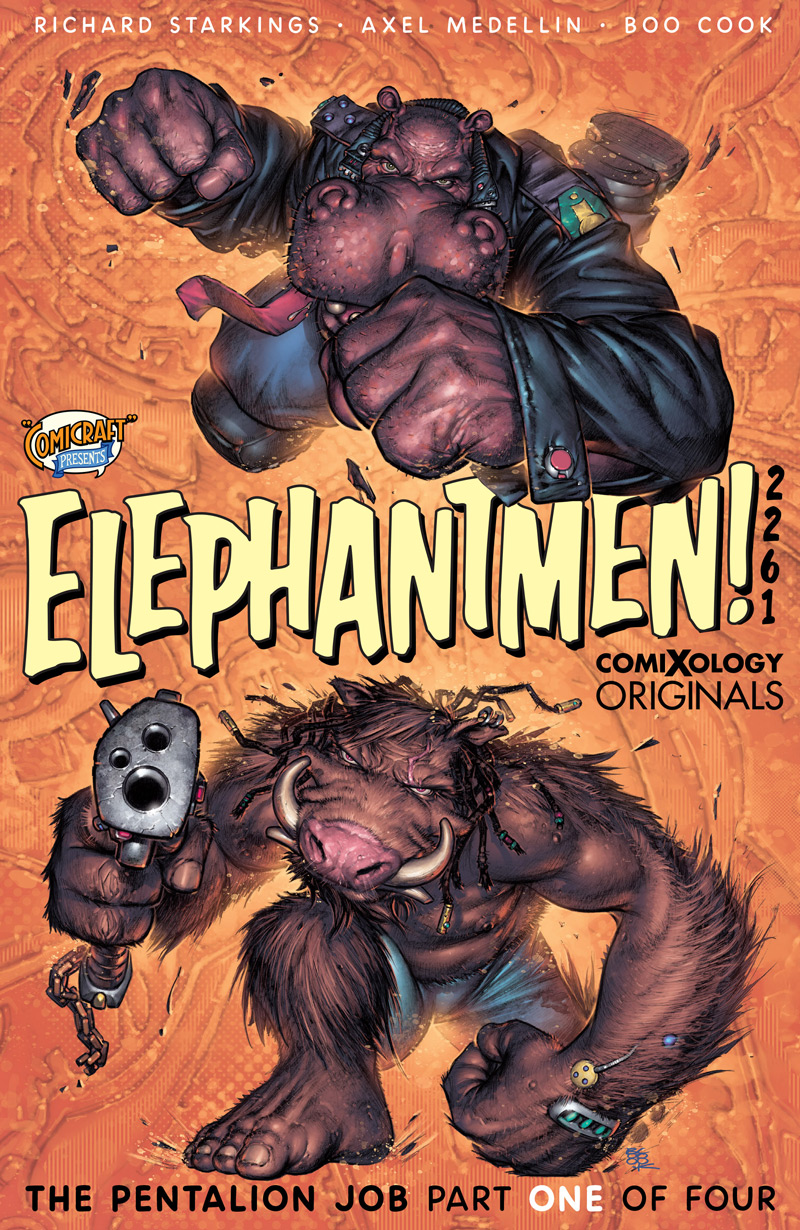 Today, Elephantmen 2261 Season Two: The Pentalion Job #1 kicks off the next adventure of the long running pulp science fiction series featuring the human/animal hybrid Elephantmen. Weapons of the war between Africa and China’s transgenics have surfaced and are being transported from the East Coast to the West Coast to be delivered to the Museum of Tolerance. In the vein of a Western heist, this new 4-issue miniseries follows ex-con Burba on a mission to steal three Pentalions (giant robotic exo-suits) before they reach their intended destination. The finale of this story will be the 100th issue of Elephantmen and with issue #1 artist Axel Medelin surpasses the 1,000 page mark! 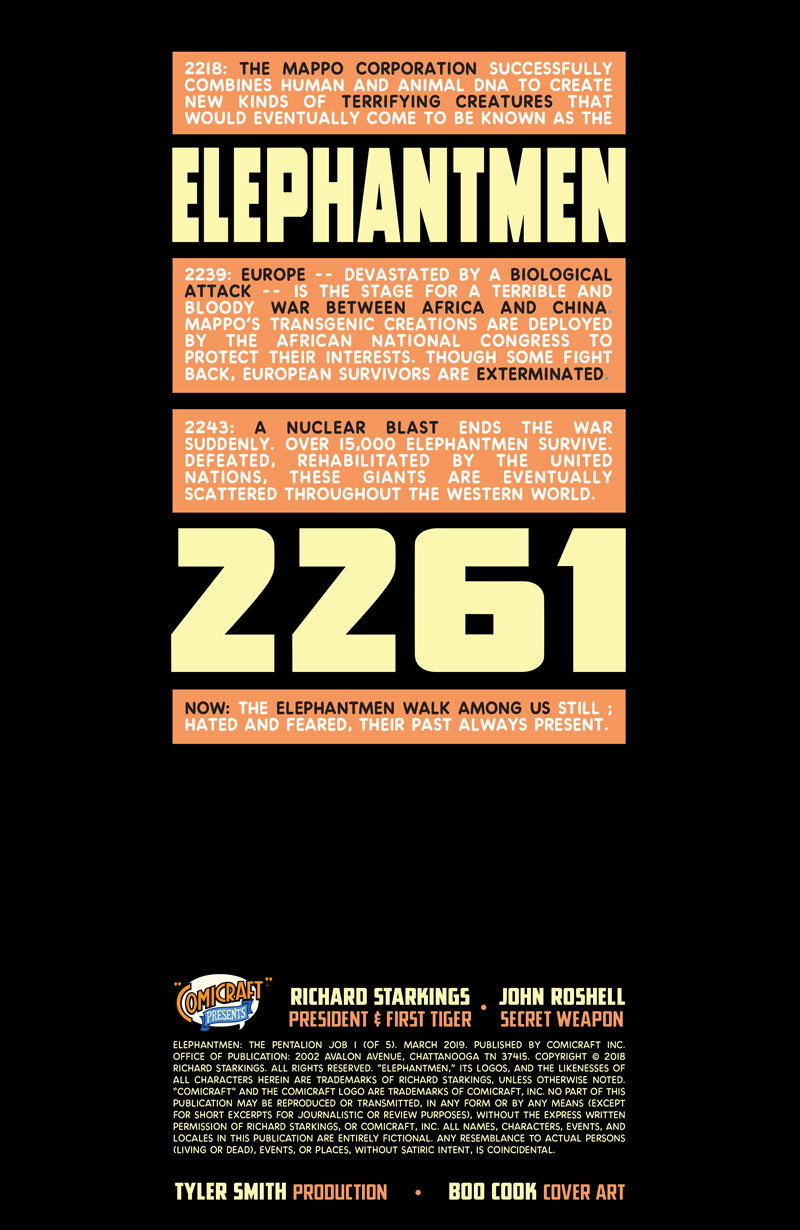 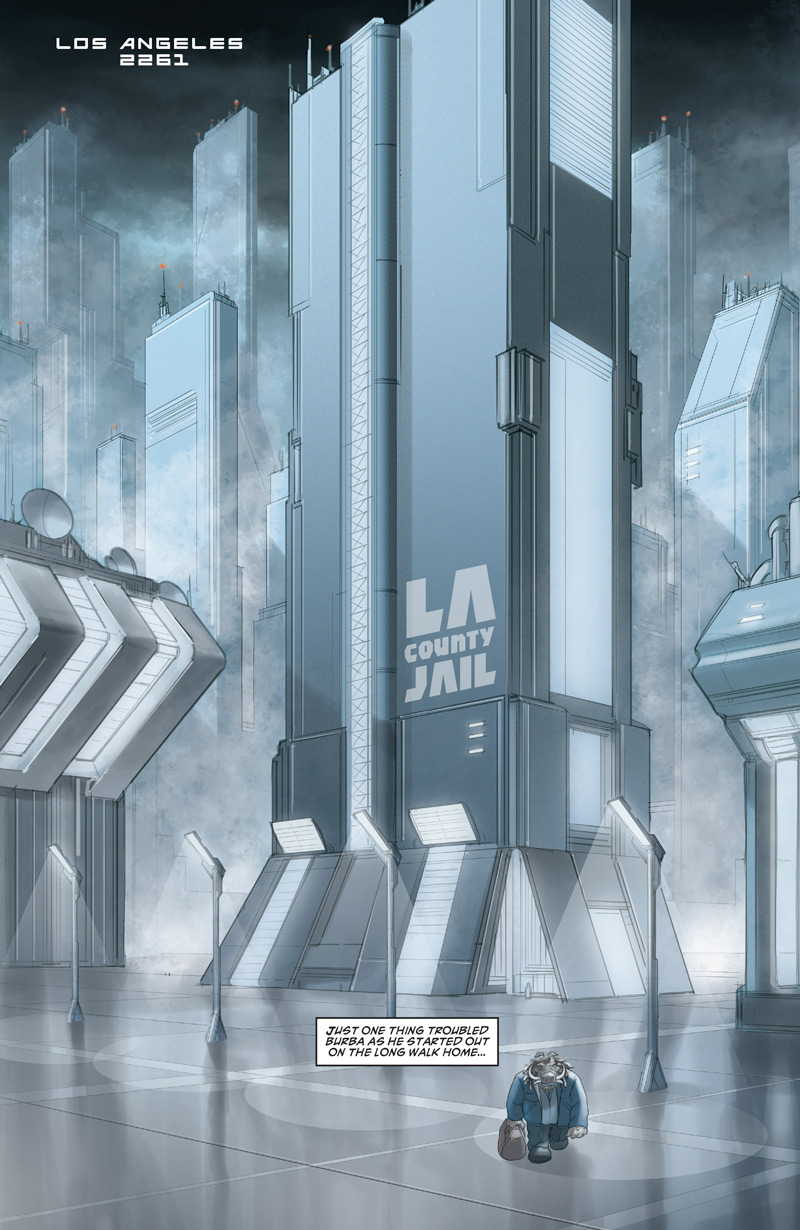 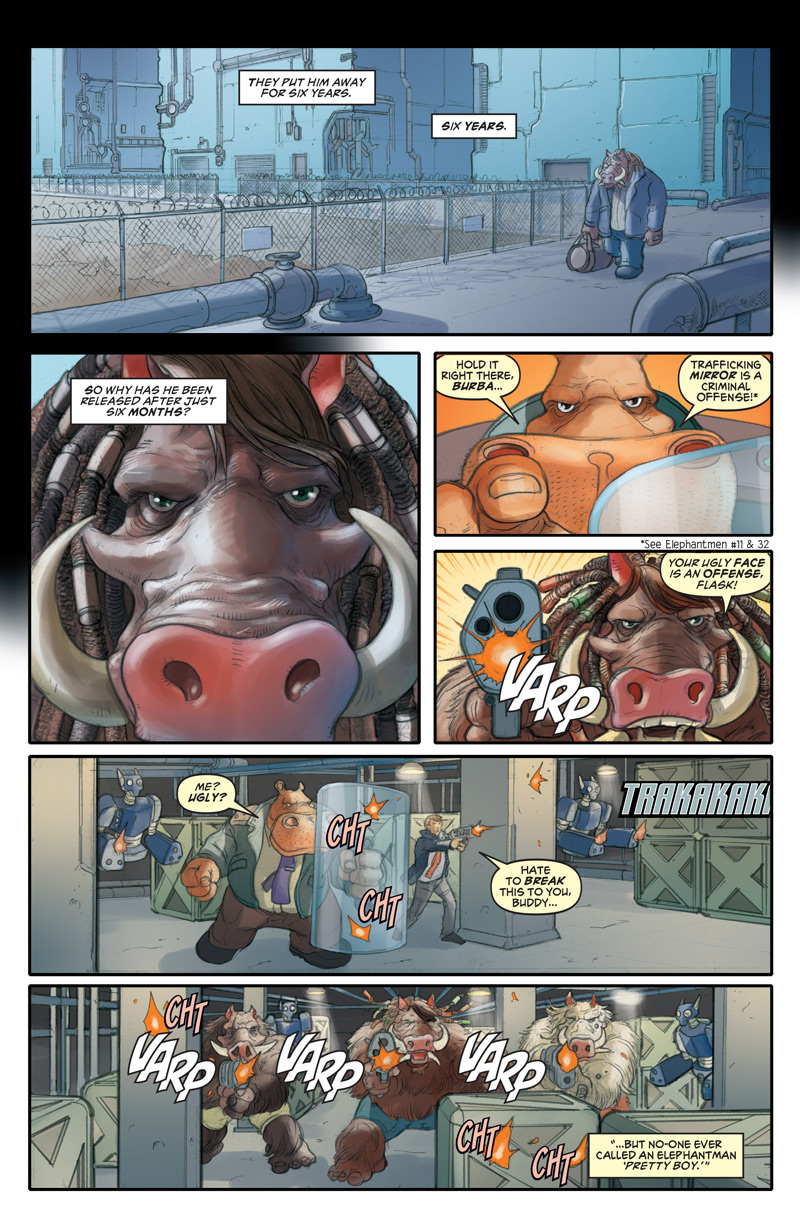 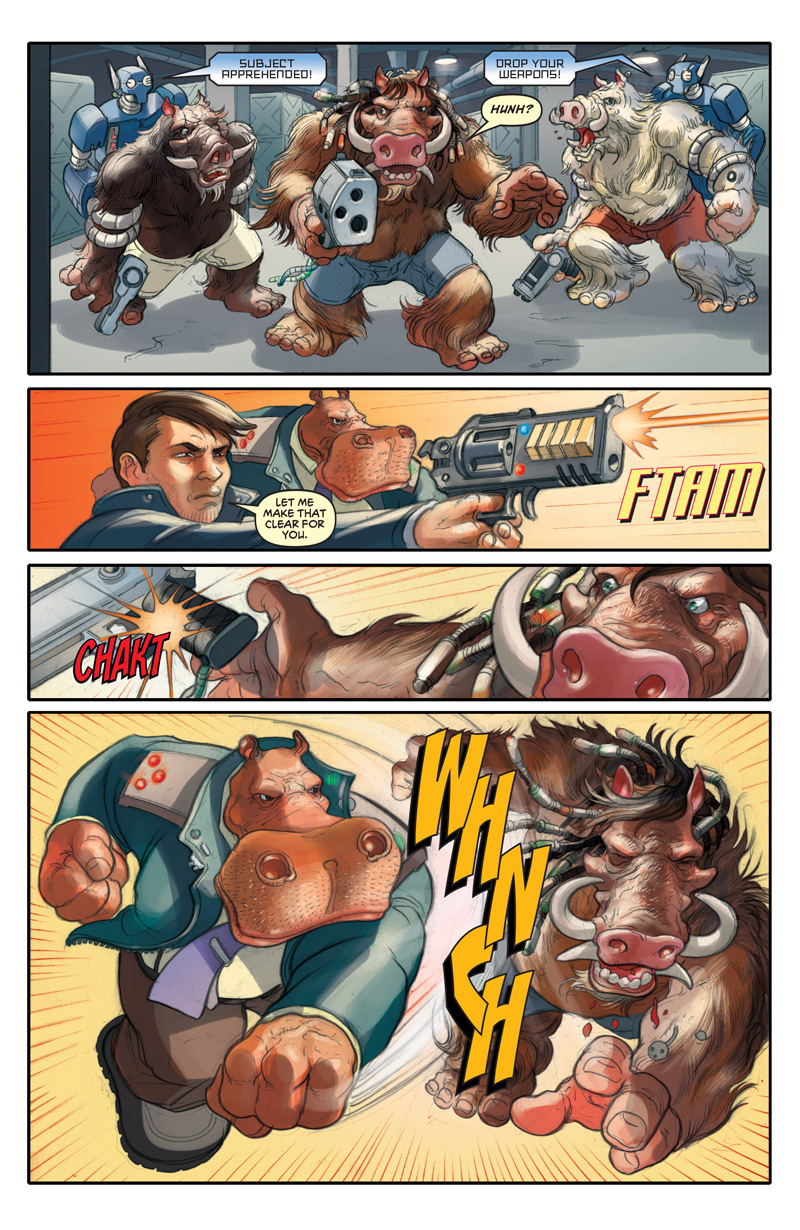 And starting May 8th, the new season of Ask For Mercy kicks off with Ask for Mercy Season Two: Ask For Budgie One-Shot – spotlighting the breakout star of Season One, posing the questions: who is he and where did he come from? 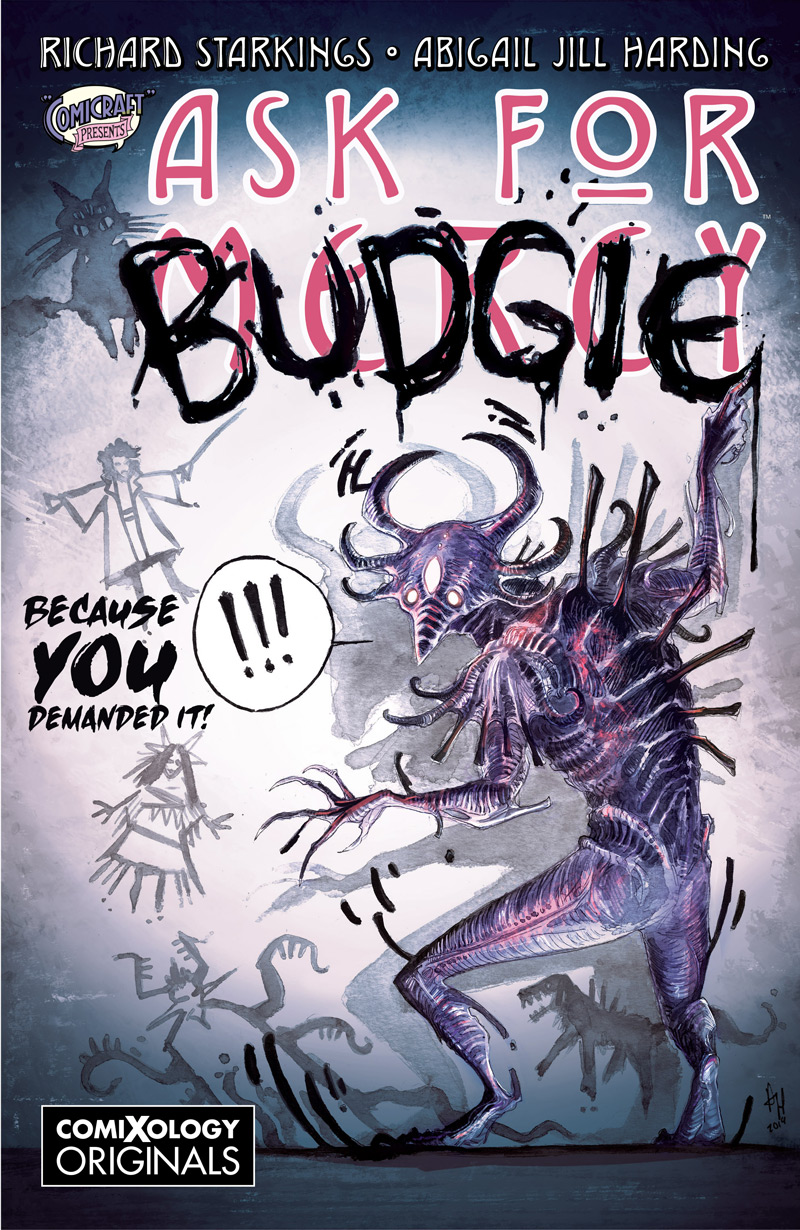 Following that, Ask For Mercy continues this summer with Ask For Mercy Season Two: The Center Of Everything That Is – a 5-issue miniseries in which Kasa takes Mercy, Ratmir and Budgie on an adventure where the course of history is at stake! Summoned by Lakota shaman, Medicine Bear, Mercy and her band of monsters discover that Ikto’mi, the Spider-trickster, is interfering with the lives of the people of the Black Hills and the American soldiers intent on driving the Indians out!

“Ask For Mercy wasn’t just Comicraft‘s first title for comiXology Originals, it was the first comic book series for my young collaborator, Abigail Jill Harding,” says writer Richard Starkings. “Her artwork went from strength to strength and, now that we’ve completed season one, we can’t wait for readers to see what we’re putting our band of monsters through in season two, set in North America in 1876! Demon Buffaloes! Spider-tricksters and the US Cavalry!”

“I’ve known Richard for years and am a huge fan of his work across the comics industry,” says Chip Mosher, comiXology’s Head of Content. “Richard’s excitement and passion since we launched comiXology Originals with both Elephantmen 2261 and Ask For Mercy was integral to the launch and success of comiXology Originals. It’s great to have Comicraft back for more!”

Additionally, Elephantmen 2261 Season One: The Death of Shorty – collecting the 5-issue whodunnit miniseries, where Hip Flask and Jack Farrell are drawn into the curious death of an Elephantman known to his friends as “Shorty”– is available today for the first time in print from Amazon.com print-on-demand, and digitally for members of Prime Reading, Kindle Unlimited, and comiXology Unlimited, and for sale on comiXology and Kindle.

“Just a year ago, the idea of seeing Elephantmen 2261 Season One: The Death Of Shorty printed ‘on demand’ was both exciting and nerve-wracking!” says writer Richard Starkings. “Now that I have a copy in my hands, I’m just astounded by the Amazon Print on Demand’s quality and turnaround time! I’m very happy to be back with comiXology Originals for Season Two — alongside Ask For Mercy, Comicraft is building a whole library of titles for comiXology Originals!”

Ask For Mercy Season One: The Key To Forever – a World War II fantasy horror story in which Mercy is snatched from her own place and time to join a team of Monster Hunters who are actually Monsters themselves, and together they have to take on a Pantheon of Hideous Creatures summoned to our world by Nazi evil – will also be available print-on-demand via Amazon.com, for members of Prime Reading, Kindle Unlimited, and comiXology Unlimited, and for sale on comiXology and Kindle, starting May 8th. 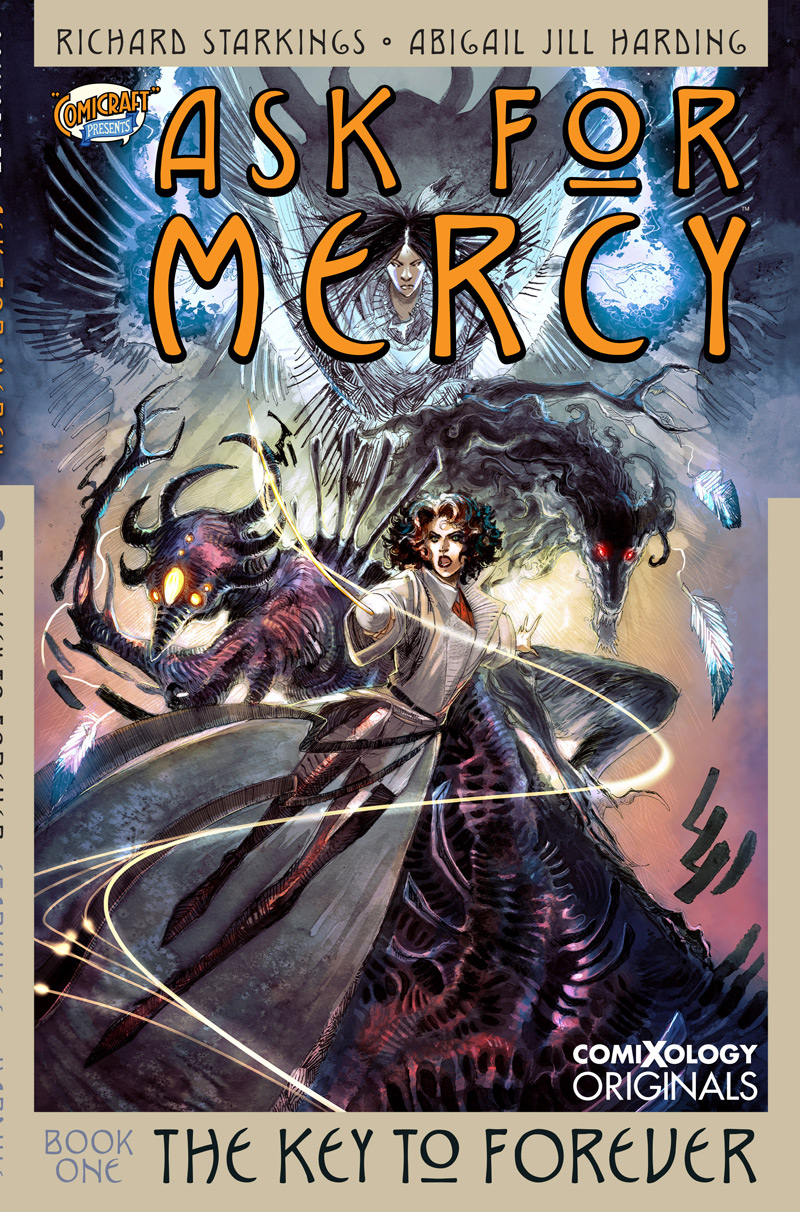