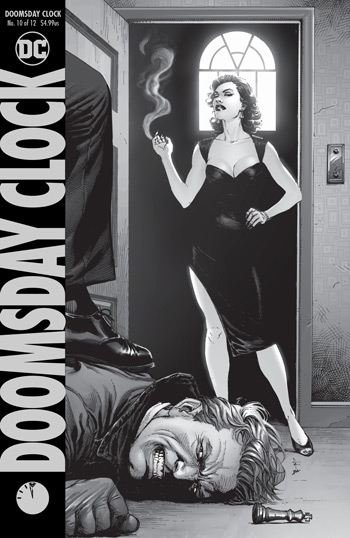 “Without his parents or the Legion, Clark grows more distant from humanity. I understand him better. I relate to him more.”

Superhero comics have changed since the genre debuted in 1938 with the publication of Action Comics #1 even as the basic particulars–men and women in brightly colored costumes punch criminals–remain comfortingly similar. Each new era introduces new characteristics within the material, which both reflect and inform the culture of the time.

Social mores of one decade become looser the next, and heroes who seem pure and simple become complex and murky.

And yet there’s Superman, the center of the superhero universe that has resisted most attempts at moral complexity. For the bulk of his history, he has been a good man who cheerfully fights evil and protects life.

And yet, our broader culture is fascinated by stories that subvert that ethos, from the more aloof and violent Man of Steel of Zack Snyder’s movies to the Soviet Superman of Red Son, to the fascist despot of the Injustice franchise.

Count Dr. Manhattan among that number. If he is to be believed here, the blue-hued virtual demigod created the New 52 universe simply because he wanted to see a darker Superman, less tethered to the Midwestern values with which he’d been raised.

Doomsday Clock #10 finally reveals the answers Rebirth had been promising, namely as to how the DCU lost a period of ten years that erased or changed so many key relationships. However, Geoff Johns seems to have an even greater ambition than to simply pay off the last several years of stories.

In the run-up to Doomsday Clock, Johns teased that the book would center on Superman, and the ads and logo supported that claim, marrying the titular clock to the S shield. But the first half of the series saw very little of the Man of Tomorrow, and thus far, he’s been sidelined for the last couple issues, lying comatose within the Hall of Justice.

In this issue, however, Johns uses Dr. Manhattan to not only explore the history of the DC Universe, but to re-center it around the Last Son of Krypton. In doing so, he takes a look at the evolution of superheroes as a concept. It makes for a satisfying story, taking what could have been a standard info dump and turning it into an engaging, even emotional chapter.

That said, these ideas could be better served if Johns was more interested or able to develop them in more depth. The central conceit ultimately feels like, “If Superman didn’t exist, we’d have to invent him,” which has been expressed countless times by scores of creators. (Grant Morrison comes to mind most easily, though a deeper, surprisingly stirring cut can be found in Marv Wolfman and Gil Kane’s “If Superman Didn’t Exist” in Action Comics #554).

Unsurprisingly, Johns’ tale focuses more of its energy on untangling the continuity knots it creates. It’s fine that Johns is playing to his greatest strength here. And it isn’t to rule out a richer, deeper examination to come. It’s fun to think of who Dr. Manhattan could represent here. Is he a stand-in for Johns himself, or perhaps Dan DiDio? Or is he supposed to represent comics fans, who want their heroes to grow and “mature” with them?

Dr. Manhattan does have one thing in common with the fans: neither can see what happens next. But like the good Dr. Osterman, I’m finally excited to find out.