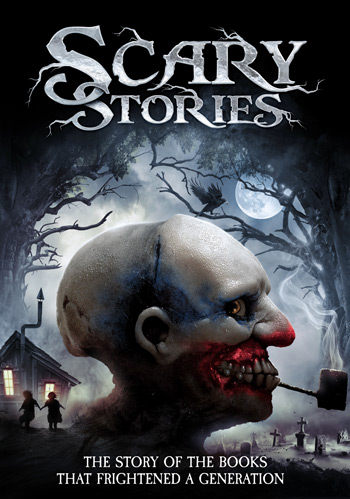 “When I was a kid, I loved monsters.”

With this opening line, Scary Stories proudly declares its purpose: a love letter to the literary and pop culture phenomenon that gripped several generations of young readers in its terrifying grip, Scary Stories to Tell in the Dark.  Like many horror fans, Alvin Schwartz’s iconic series played a crucial role in forming my love of the genre (and quite frankly scarring me for life). I went into this expecting an in-depth exploration of these tales and Schwartz himself, but like many fan-made documentaries, Scary Stories gets too lost its passion to truly offer something insightful into its object of worship.

Structurally, the film is based around a series of interview segments, from fans, scholars, and Schwartz’s contemporaries in the literary world, linked together by animated segments in the style of Stephen Gammell, the illustrator of the books. Naturally, with any documentary revolving around talking heads, there’s going to be variance in the quality of the conversations. This is where the fan exuberance becomes somewhat grating.

A particularly drawn out sequence of a babysitter reading a story out to two kids is particularly painful, prompting be to want to just read the story myself rather than have it narrated to me. Conversely, segments with authors are the highlight. Goosebumps author R.L. Stine’s particularly cheeky quote of calling his own work as “a training bra for [Stephen King’s books]” is a particular highlight.

The real meat of the documentary is in the sparse moments when it really breaks down the roots of Schwartz’s stories and his role as a collector of Americana through these story collections. Like all horror stories, the themes and roots of these narratives are based in primal fears and mythical concepts. It’s in these moments that Scary Stories begins to draw the links between child imagination and adult perception. For instance, understanding the post-Civil War turmoil in the Ozarks contextualizes stories like Alligators or Wonderful Sausage in a way that I never would have understood as a child, giving them a greater sense of poignancy that I now appreciate as an adult.

All of this, however, is begging for a greater sense of who Schwartz (and illustrator Stephen Gammell) really were and what the work really meant to them.

Unfortunately, Schwartz has long since passed away and Gammell has hidden himself away from the public eye. This leaves a giant hole of authenticity that can’t be replaced, no matter how many times Schwartz’s family or avid fans attempt to elucidate the audience of the relationship between Schwartz and his work. It’s like a game of Telephone; you can still get some of the message across, but something is still lost in the translation.

The film contains some charms here and there, mostly by the way of animated wrap around segments that ape Gammell’s style so well that its damn near uncanny. It’s here for it really feels like a film about Scary Stories to Tell in the Dark, especially when the segments sometimes divulge into lengthy, uninteresting asides about photography or tattoos inspired by the book.