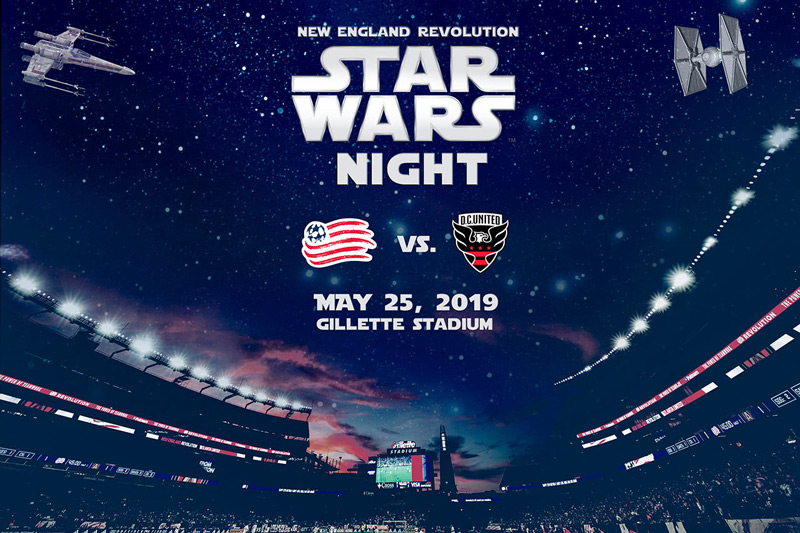 The New England Revolution invite fans to Star Wars Night at Gillette Stadium on Saturday, May 25 at 7:30 p.m. ET, when the team will be giving away a limited supply of Brad “Jedi Knighton” bobbleheads before battling the enemy forces of D.C. United.

For the club’s first official Star Wars Night, the “Jedi Knighton” bobblehead depicts the club’s veteran goalkeeper clad in the famous brown Jedi robes and wielding a glow-in-the-dark lightsaber. The bobbleheads will be given away at all Gillette Stadium gates upon entry while supplies last. Fans can also enjoy the Star Wars experience in the pre-match Fan Zone, where there will be character appearances and other themed activations.

The commemorative item marks Knighton’s first bobblehead as a member of the Revolution, as the 13-year professional goalkeeper is now in his second stint with New England after originally joining the club as an undrafted free agent in 2007. Between his nine seasons with the Revs and brief stops in both Vancouver (2012-13) and Philadelphia (2010), the UNC-Wilmington Athletic Hall of Famer has totaled 70 appearances, 68 starts, 13 shutouts, and 226 saves in his MLS career. 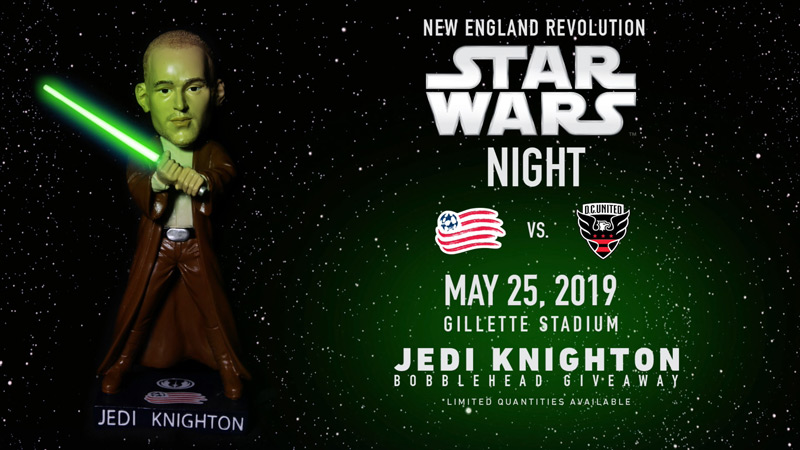 Knighton started the club’s first four games in net this season after slotting in between the posts for seven of the Revs’ last eight matches in 2018. In 2016, he was voted the Players’ Player of the Year by teammates after making a career-high 13 starts for the Revolution. The veteran also made four U.S. Open Cup appearances that year, recording 18 saves and a 1.20 goals against average in the tournament while leading the team to an appearance in the U.S. Open Cup Final against FC Dallas.

And we’re giving away two of these exclusive Bobbleheads!

To enter, send an email with the subject header “JEDI KNIGHTON” to geekcontest @ gmail dot com and answer the following question:

Who of the following was not a Jedi Knight?