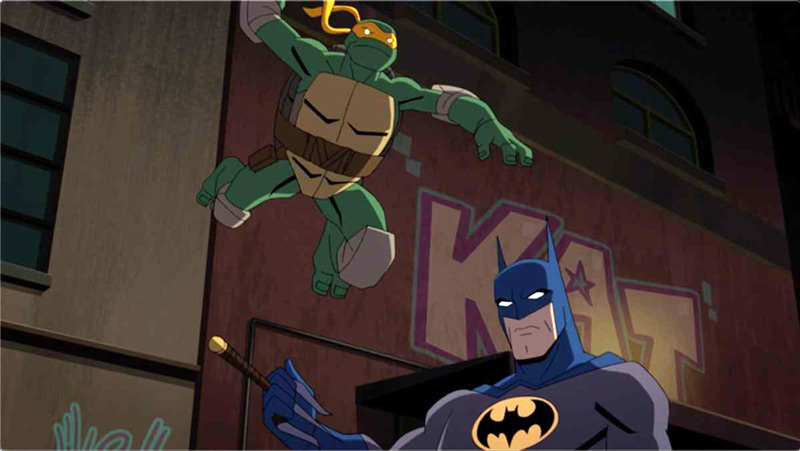 A crossover between two iconic franchises feels like it should be bigger than a DTV animated film, but Batman vs. Teenage Mutant Ninja Turtles manages to be, if not epic, then at least satisfying enough for fans of both properties.

Based on the comic miniseries, the movie sees the Turtles track the Foot Clan, who are committing a series of technology firm robberies, to Gotham City. A misunderstanding puts them at odds with the Dark Knight, as both sides are suspicious the other is working with the Foot. Fortunately, the rather de rigeur dispute is resolved quickly enough, and the movie wastes little time after having fun with interactions between the Turtles and the Bat-family.

For the most part, these are fun bits, with the Turtles alternately impressing and annoying their Gotham hosts. Batman and Leonardo bond over their combat skills while Donatello and Batgirl find a rapport through technology. Meanwhile, Michelangelo finds a way to bother both Robin and Alfred with his carefree idiocy. (Curiously, Raphael doesn’t seem to have a lot to do outside of glower and rush into action half-cocked.)

The best aspect of Batman vs. Teenage Mutant Ninja Turtles, however, is the action, and it more than delivers in that regard. Fight sequences are animated with bone-crunching detail, especially Batman’s fights with Shredder and the Turtles. An extended sequence sees Batman and his expanded team do especially hard-hitting battle with mutated versions of the Arkham rogues. Most surprisingly, Foot Clan raids are carried off with ruthless efficiency.

That begs the question: for whom is this movie really meant? While the plot seems aimed squarely at kids, the violence is unexpectedly graphic for a family animated feature. (Heads literally roll at one point.) That isn’t entirely a complaint, though when you couple the violence with the simplistic plot, it gives the film a weirdly atonal quality.

If you love Batman or TMNT though, those criticisms won’t matter. You’ll get a kick out of watching Batman duel with Shredder and Donatello team up with Batgirl to fight a supercharged Bane. It’s not the best movie in either series, but Batman vs. Teenage Mutant Ninja Turtles is an entertaining meeting of icons. 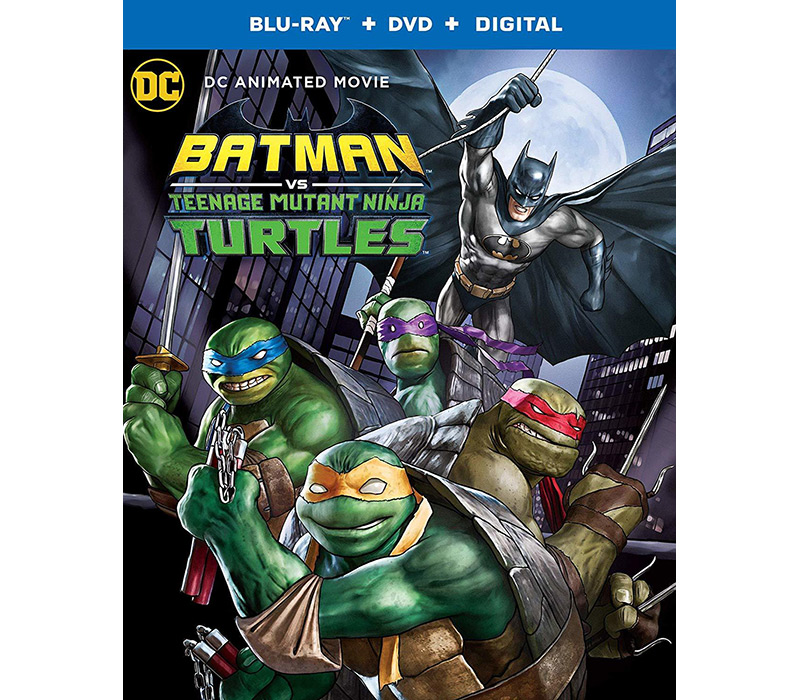