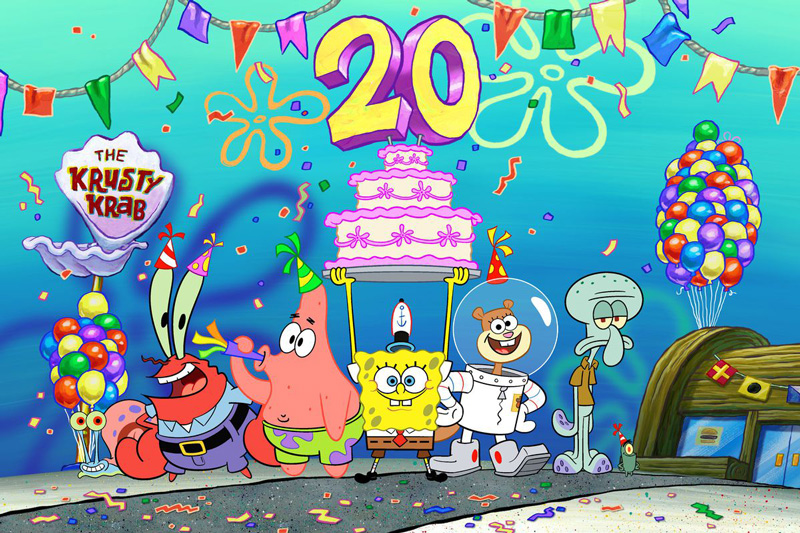 San Diego Comic-Con is right around the corner, and this year, the good folks at Nickelodeon are bringing the sights and sounds of Bikini Bottom to the Gaslamp District.

In honor of 20 years of SpongeBob Squarepants, Nickelodeon plans to mark the milestone with an interactive experience on the convention floor.

The booth plans to tease the senses with an array of panels featuring the talent behind the toon, talent signings and interactive design elements featuring The Krusty Krab, in which contestants must race to get food orders ready, The Chum Bucket (a retail area) and a photo op at Mrs. Puff’s Boating School.

There will also be costumed character experiences, daily giveaways, and custom t-shirt station for you creative types.

During SDCC, Nickelodeon will present the panel “SpongeBob’s Big Birthday Blowout,” which will take “a deep dive into the series.” The panel marks the two-decade milestone of the celebrated show.

(Nick will also present the panel  “To Shell and Back,” a creator panel for the Teenage Mutant Ninja Turtles, comprised of three generations of Turtle creators.)

Nick’s SpongeBob Squarepants booth is located at Booth #4113 on the convention floor during the run of Comic-Con.