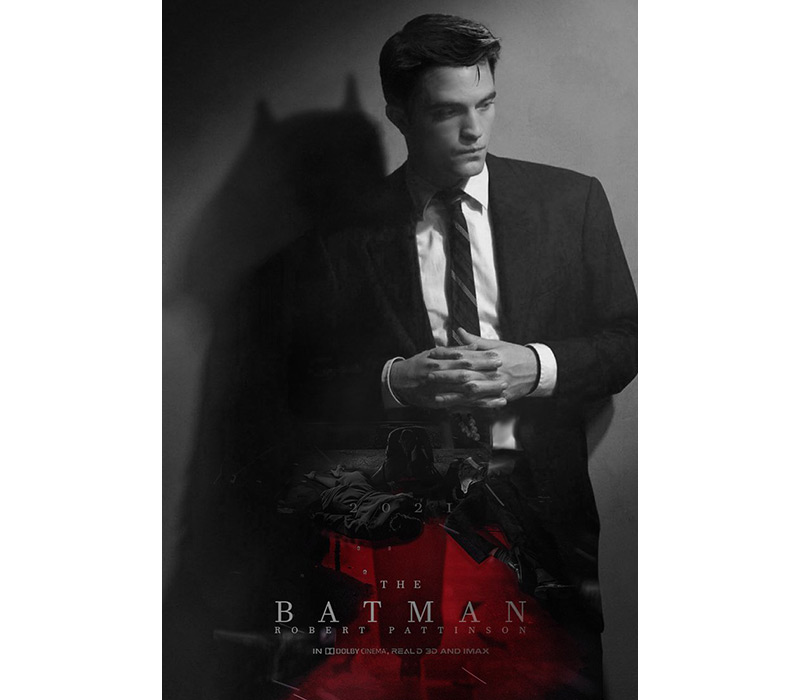 The word is out! Robert Pattinson will play Batman

It came down to Pattinson and Nicholas Hoult and the Brothers Warner have officially named the winner of the Bat-off who will star in the the movie project, The Batman, once starring and to be directed by Ben Affleck, and now to be directed by Matt Reeves, supposedly will be released in 2021. (Yeah, if we’re all still around in 2021.)

So, yes, a new Batman movie.

Is this a new Batman film franchise, or not? Is it within the apparently defunct Snyderverse version of the DC Extended Universe? Will it not even bother with that continuity? Or will it follow Aquaman and Shazam! by minutely connecting itself to the earlier movies but not really?

Wonder Woman 1984, due next year and made largely after the shakeups at DC and Warner Bros., most likely will point the way to what the hell is going on with that nonsense.

All we have, right now, is that yes, another Batman movie is coming.

I love Batman. He’s my favorite superhero, all my life. From the 1966 TV show to the Filmation cartoons, from the 1989 film that changed my life to Bruce Timm’s vision, from Christian Bale and a decades-long legion of action figures to my Bat-symbol underpants, I love the Caped Crusader. The car, the gadgets, the suit, the mysteries, the villains. I’m here for it all.

And yet, the thought of a new batch of Batman movies … already makes me tired.

Look, I get it. We’ll never not have new Batman movies. I think it’s gonna be a long, long time before we go even four to seven years without the Caped Crusader at the multiplex. Like Spider-Man does for Sony/Marvel/Disney, Batman is too much of a cash cow.

He’s infinitely sellable to children, and every 4-7 years you’ve got a new crop of kids at which to shovel theatrical releases, cartoons, streaming, home video, theme park attractions, and all the attendant toys, video games and merchandise.

These superheroes are primarily for children, and DC and Warner Bros. aren’t stopping that money train until it derails.

You can argue that more Batman and Bat-related projects (the upcoming Joker with Joaquin Phoenix, that Birds of Prey/Harley Quinn movie) are good for all the other characters that may get to the screen and may not make as much money as Batman can. Dangle a Batman flick to cover the balance sheets for when New Gods or The Flash don’t make a billion each.

And while DC and Warners keep rocking through the catalog of heroes, it’s worth keeping the big bad Bat out there to snag even more dollars from the international public.

So, what would make me un-tired about a new Batman movie?

At work, these guys made a bracket of best action/adventure movies. They included a lot of movies with superheroes in there, and they ultimately chose The Dark Knight as champion.

Which is asinine. It has one great action setpiece – the car chase through Chicago’s Lower Wacker Drive that’s supposed to be Gotham City. And the Singapore fight, which has a fun setup and payoff, is very good. But Batman’s fighting in that movie, as good as the movie is, doesn’t really rate for me in terms of choreography and camerawork. (In that regard, the Batman-fights-a-room-of-guys scenes in Batman v Superman are superb, as if lifted straight from the comics.)

I tend to agree with AV Club’s Tom Breihan, who argues that superhero movies are different from action movies overall and shouldn’t be lumped in with them. Superhero stories do things that many action movies don’t, even though those stories include action bits. I’d even allow that the superhero story is so malleable to any genre that you could make a straight-up action film that is a superhero story. (Blade II comes to mind.)

While a Batman movie requires action sequences and fights, I want a whole lot more than cool stunts and fights from him. 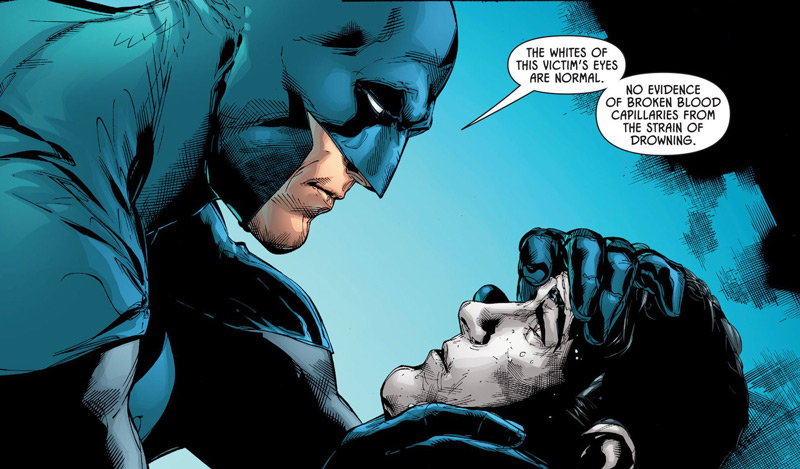 Some significant portion of a new Batman movie should be about him unraveling a mystery. Not just trying to track a bad guy, or one scene in the Batcave working a forensics lab.

In the 1989 movie, he takes Vicki Vale to the Batcave, tells her how the Joker is poisoning people, and then chucks a manila envelope full of proof at her. What if we’d gotten a scene of Batman stealing info from Axis Chemicals?

Basically, there has to be a scene of Batman sneaking around file cabinets, hacking servers, etc. Give me Batman undercover as Matches Malone, tricking criminals out of information. What if we see cops and detectives overlook an innocuous item that Batman figures out is a key piece of evidence? What if he figures it out, but he’s wrong?

Can we please, please, please stay away from another sequence of Bruce Wayne’s parents being murdered? We’ve taken that slow-motion stroll down Crime Alley so many times by now that I don’t want to see it any more.

Everyone knows Batman’s origin story, and Bruce’s childhood vow to war on all criminals. There’s more juice in dramatizing Bruce’s psyche as related to his parents’ murder. 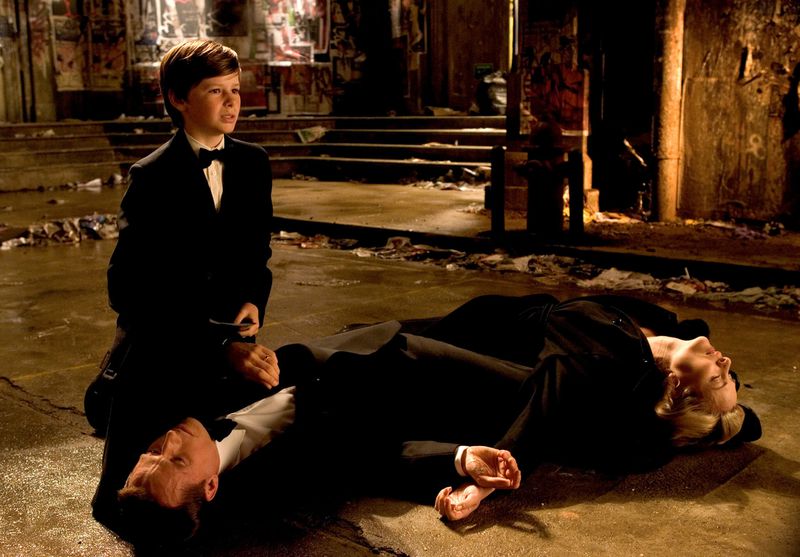 Batman Begins takes us through Bruce’s fear, anger and survivor’s guilt, and how the League of Shadows sharpens him into what would become Batman. The Animated Series and Mask of the Phantasm tied that loss to Bruce thinking he never could have a normal life, or his desire for family to replace what he lost.

Maybe you can reframe the murders in a new way. At least Gotham tried to figure Thomas and Martha Wayne’s deaths into a tales of corporate intrigue and a mammoth criminal plot tying together the entire city. If, for example, The Batman borrowed from Scott Snyder and Greg Capullo’s “Court of Owls” storyline, they could tie the Waynes’ murders to the Court and control of the city.

Or, and I know this is too much to ask, but Adam West’s Bruce mentions his murdered parents just once in all 120 episodes.

I’m sad that we have Michael Keaton to blame for this.

He’s an excellent actor! And I think that, at the time, it was important in realizing Tim Burton’s characterization of Bruce Wayne and Batman that each persona sounded distinct. Burton went with the idea that Bruce was the weird little guy who transformed inside the Batman suit. In order to distance the role even further from Adam West’s long, campy shadow in 1989, Keaton went with a grittier voice.

Kevin Conroy then added to that idea of two voices in The Animated Series. And then Christian Bale went ridiculously overboard with a raspy, harsh Batvoice that sounds dumb whenever he has to speak more than two lines. Like he’s a guy play-acting at being a badass good guy who looks and sounds like the bad guys. Fitting for the film’s post-9/11 atmosphere, but still silly for a line of movies working so hard to not be silly despite the fact they’re based on comic books.

Ben Affleck went with a voice changer inside the cowl. I liked it as a concept, if it were something he toggled on and off for effect. Turn on the demon voice when ambushing a group of gunmen, dropping smoke bombs or blasting up from the floor to attack. But instead, Snyder and them decided to have Batman sound that way all the time. “I thought she was with you.” It was stupid instead of funny.

Whether it’s Pattinson or Hoult, they’re gonna have enough work doing fake American accents. So don’t make it harder on them by adding a gravelly Batvoice into the mix. Or take my advice from the Batfleck experiment: add the voice as a feature in Batman’s fear arsenal.

It’s fun to be Batman

There was a question rolling around nerd Twitter recently: “What’s your controversial opinion about Batman?”

You had a bunch of people bring up the old saws about how easily he would be killed in a world of superpowered people, which is boring! Because, again, all of this is nonsense. But others really dug into the world of Batman and the character himself.

My controversial Batman opinion is that Bruce Wayne is Batman because he enjoys it.

Think about it: Bruce could have fulfilled the vow to his slain parents by fighting crime in so many ways. He could fund the police or join law enforcement himself. He could use his wealth not just to set up charities, but to battle social conditions that enable crime, such as poverty, housing discrimination, lack of jobs paying living wages.

But what about the Wayne Foundation, you ask? Bruce is already doing some of these things.

Then what compels him to be Batman?

Simple: It’s fun to be Batman. 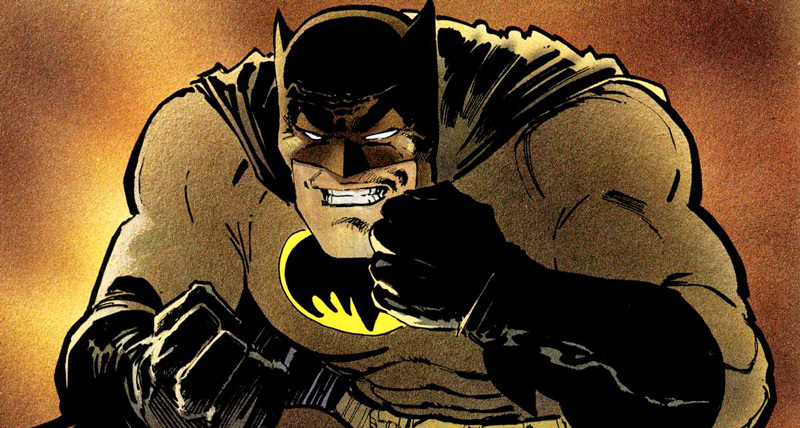 Bruce chose Batman because it’s fun. Look at that suit, those gadgets, that car! When you saw Batman as a child, didn’t all that look awesome?!? Batman sure does seem like a lot of fun to be.

Sure, you gotta fight insane, dangerous super-criminals, but you’re smarter than them and can beat them up. Looks fun to me.

Some part of the movie should get into the fact that Batman is a fun thing to do. Even the idea of Bruce dressing as a bat, to strike fear into the hearts of criminals? There have to be other ways to scare criminals instead of putting up a big theatrical show, right?

Batman has his shit together

The image of Batman as the brooding loner fulfilling his solemn vow, dreaming only in nightmares, is a bit tired.

Sure, the “little boy in a playsuit crying for mommy and daddy” concept of Batman works, but to me it’s also reductive if that’s where you keep him. It can be part of Batman, just not all of it.

What if Batman is Bruce’s therapy? What if, knowing that this darkness is inside him, Bruce uses Batman as a monster through which he can express that darkness for a purpose that helps people? What if, by being Batman, Bruce inverts his fears and rage into a figure of empathy who desires family?

I joke that Tom King makes all the characters he writes suicidal, but his run on Batman has been so successful because he taps into the trauma that wires Bruce’s brain and warps his mind forever. But he does it in a way that show how Bruce works to climb out from that abyss.

Bruce processes his trauma through this extreme activity that he also derives great pleasure from doing.

It’s one of the few things Batman Forever gets right; Bruce undergoes a character arc in which he finally processes his parents’ murders and realizes that he isn’t Batman anymore because he has to be. It’s because he wants to be.

And we want to be Batman.