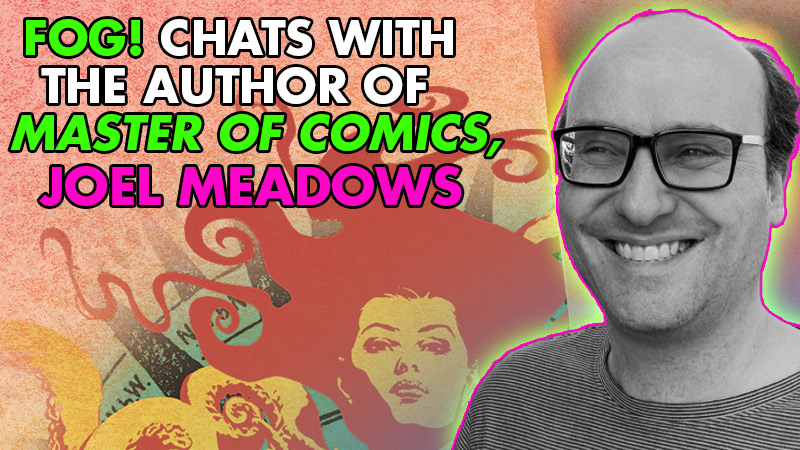 Curated by Joel Meadows, editor of Tripwire Magazine, Masters of Comics offers a rare, personal look at these artists’ unique creative environments—spaces in which some of the greatest comics and graphic novels of the last 50 years took shape.

The first in a series focusing on artists at work in a variety of mediums and industries, Masters of Comics offers a glimpse behind the veil, shining new light on the artistic process. It’s the ultimate backstage pass for comic fans, as well as a wonderful learning tool for aspiring artists wishing to learn from the greats.

Joel’s Tripwire Magazine was an inspiration of mine and his website has become the same.  Masters of Comics profiles some of my favorite comic creators including Travis Charest, Walter Simonson, Milo Manara, Frank Quitely, Frank Cho, and more.

Joel took some time to discuss the book, the state of comics journalism and his upcoming projects. 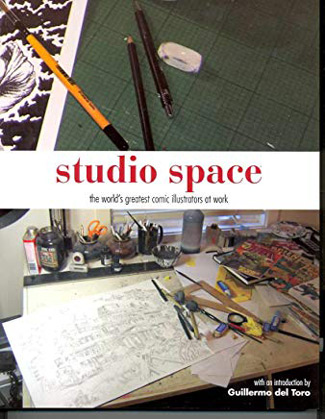 FOG!: Your first volume of this book, Studio Space, came out over a decade ago from Image Comics. What was the genesis of continuing with a second volume?

Joel Meadows: We had planned to produce another one for a number of years as it was an enjoyable experience to create Studio Space.

However, it wouldn’t have fit with Image Comics so it took a number of years to find a new publisher which would have made sense to take it to.

I met someone from Insight around five years ago and we started chatting. I finessed the line-up for the new book a little and it was all confirmed through them back in 2016.

Did you approach this book any differently?

The approach was a little different as we wrote the first book as a series of first person pieces from the perspective of the artist whereas this time around it was a straight Q & A.

Also, editor Mark Irwin was a lot more hands-on as we didn’t even really have a traditional editor when we produced the first book at Image. He also really helped to get strong images for the new book and even facilitated a number of the artists in Masters Of Comics, too. 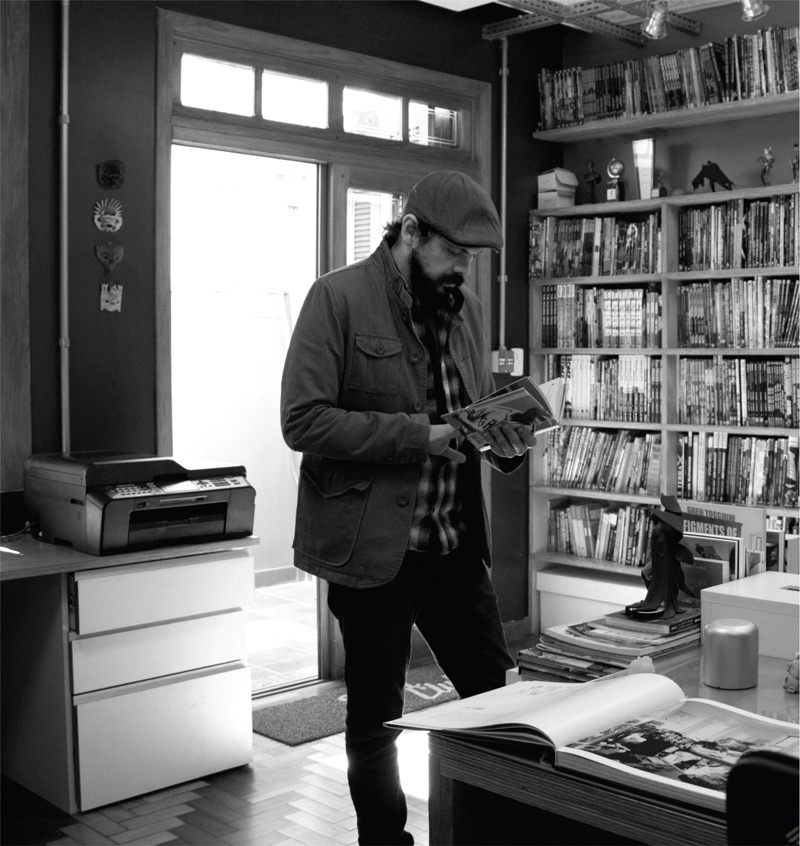 The workspace of ‎Rafael Albuquerque

The book features a look at the workspaces of several different comic artists including Frank Quitely, Milo Manara, Walter Simonson, Mike Kaluta and Bill Sienkiewicz. Was there a common element either within their studio that they all shared?

What was interesting was the fact that every artist had a different workspace. Some like Frank Quitely’s were tiny but he is still able to create such amazing work whereas with someone like Mike Kaluta, his workspace uses much of his current apartment. What unifies them is that they have a studio where they feel comfortable working which encourages them to create the best work they can.

Was there anyone that you weren’t able to get for the book that you wanted?

Sadly we couldn’t get Frank Miller, who we had in the first book, and Howard Chaykin dropped out of the book too. However I think we have a pretty amazing line-up which hopefully reflects a cross-section of different artists and disciplines from a wide range of equally talented artists and illustrators.

You’re also the creator of the amazing magazine turned website, Tripwire. How has comics journalism changed since the magazine’s launch in 1992? 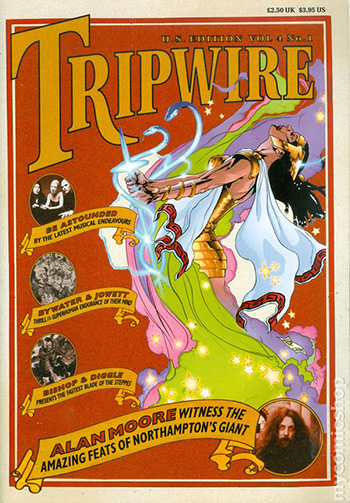 That is a huge question.

Comics journalism has changed hugely since we started Tripwire and it has gotten harder to put out proper comic journalism stories as many websites just run pure press releases but there are some great sites and publications who continue to buck the trend. Your own website Forces Of Geek is one of the best comic websites out there and online magazine Panel x Panel, produced over here, does offer some proper comic journalism.

We try to balance originated content like features, interviews and reviews on Tripwire with just press releases and hopefully we manage to strike that balance. The other problem these days is the domination of film and TV which makes it a lot harder to attract people to read pure comic stories although the genre film and TV is something that ironically has led people back to discover the source material although this isn’t always reflected in comic sales.

It is a big challenge these days to create a comics website or magazine that covers all the bases.

What does your workspace look like? What’s in it?

My workspace, which is the second bedroom in my flat, is packed with books, graphic novels and it also has the Mac I do my work on too. It is a bit chaotic and I do try to organise it a little bit better sometimes but decades of writing about comics and genre has meant that I have accumulated a hell of a lot of material. 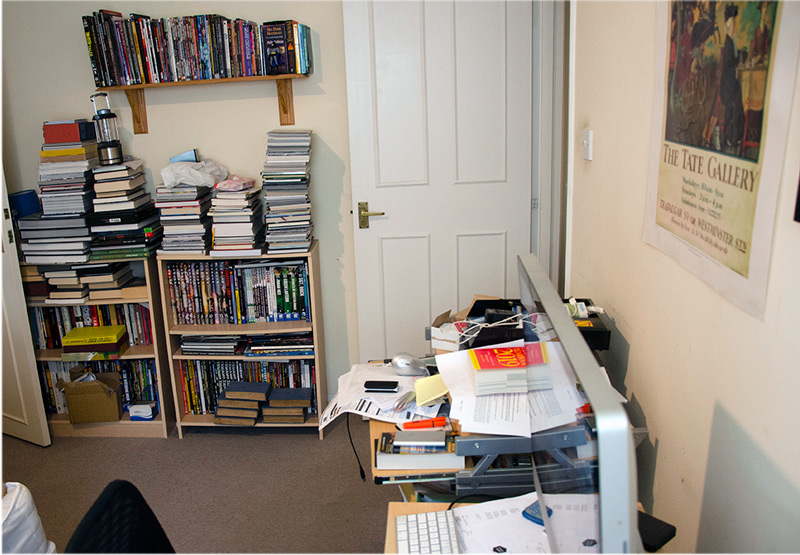 There will be a book collection of Tripwire Alan Moore interviews out probably in the summer of 2020 from a major US comics publisher. It is also likely that that same US publisher will be someone I shall be doing a lot more work with over the coming months and years, too.

I have also written two new pieces for IDW’s Full Bleed magazine, an interview with Oakland based painter Jeremy Mann and a chat with the widow of photographer Norman Finkelstein who shot photos of people like Bob Dylan, Andy Warhol and the Black Panthers. I am also trying to resurrect an old alternate world Sherlock Holmes comic series with artist Andy Bennett and I am also trying to finish the third version of a first draft of my London detective novel.

Because I never saw it when it came out, I am catching up on HBO’s Deadwood, plus I intend to check out AMC’s NOS4A2, based on Joe Hill’s novel. In terms of books, I recently finished the Folio Edition of Ray Bradbury’s Something Wicked This Way Comes, which I had read in paperback but this is an exquisite illustrated version.

I also have the hardcover of DC’s Mister Miracle by Tom King and Mitch Gerards which I plan to read. I read Brian Bendis’ Cover and Pearl from DC recently too which I thought were both pretty good. I also finished DC’s 80 Years of Batman hardcover which I thought was a very cool celebration of Batman’s milestone. I am also looking forward to reading the new volume of Ed Brubaker and Sean Phillips’ Criminal from Image and I have also been impressed with Brian Wood and Mack Chater’s Sword Daughter from Dark Horse as well.

I have quite a big reading pile when it comes to books mainly but not just for review. 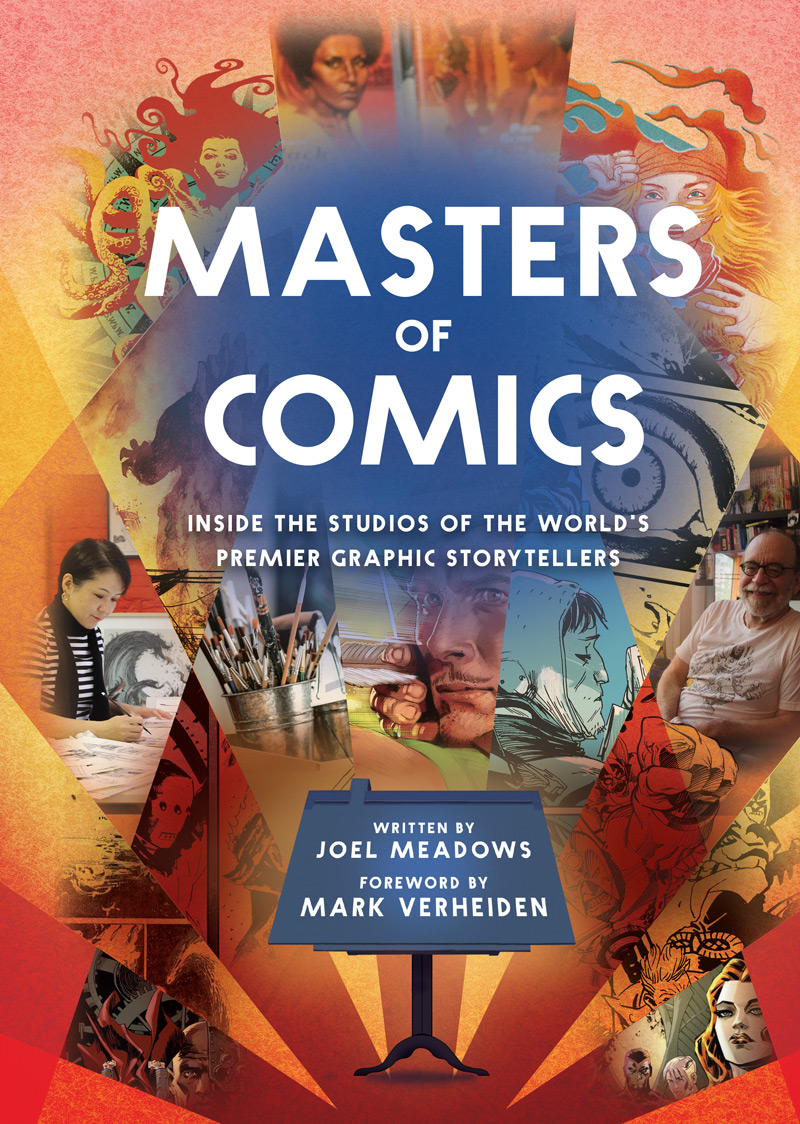 Masters of Comics is available now