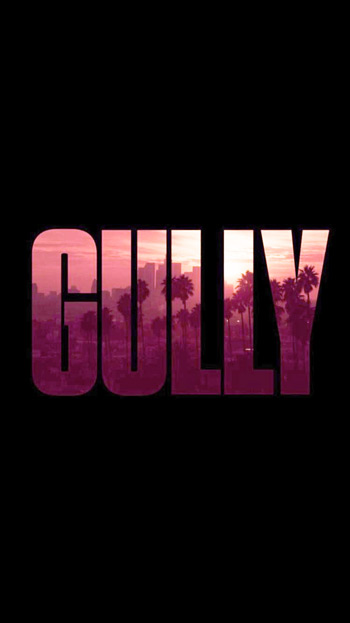 South L.A., a neighborhood on the brink of oppressive self-destruction. A neighborhood that’s constantly drowned out by the sounds of police helicopters flying overhead, gunshots ringing in the air and the screams of victims deafening the ears of the residents.

This is Gully, a dark, soulless drama filled with depression and heartache set in a dystopian town where crime seeps into its pores. Riddled with violence, children from a young age are subjected to and commit the unthinkable without suffering the consequences.

It’s here we meet Nicky (Charlie Plummer), raised by his single mother (Amber Heard), he is expecting a child with his girlfriend (Zoe Renee).

Jesse (Kelvin Harrison Jr.), who appears silent and shy is actually being abused by his adoptive father (John Corbett).

Then there’s Calvin (Jacob Lattimore) who is suffering with mental illness no matter how much his mother (Robin Givens) thinks he can “pull through.”

Despite the boys struggle, they cherish their friendship with each other, especially Jesse who when not hanging out with them, spends his days in isolation. While their bond is strong and helps them cope with their lives, it also has its downsides. They are a wreckless trio, stealing everything from cars to shoplifting to robbing strangers to beating random people on the street. Along their journey we are introduced to Greg (Jonathan Majors) who has just come out of prison, determined to live a law-abiding life. Terrence Howard joins the movie as a homeless man named Mr. Christmas providing commentary on days activities (imagine a poetic Bubbles from The Wire).

Exaggerated at times, his music video style can be a bit heavy-handed but there are moments that truly bring out the suffering the characters are experiencing. Shifting between perspectives, each character is given equal time to shine (including Howard who is surprisingly tolerable).

Written by Marcus J. Guillory, the main trio give such convincing performances, their rawness is felt, building an unspoken tension when they are apart. Despite Gully‘s darkness there are some bright spots that helps alleviate the mood: the hopefulness of a new life, or the prayers during a new drug treatment program.

While Gully‘s darkness and lack of payoff is not for everyone (it can be crushingly depressing), it is a still a unapologetic look into the lives of those less fortunate; where violence is the only answer.

Despite their negative actions it’s easy to connect to not the characters on screen but to those living in their town. Gully isn’t meant to have a happy ending or to bring about understanding, it’s a raw portrait of those who don’t have any means to get out or to do better. They do the best they can with the situation given to them. While they consider themselves invisible to the world, their everyday strength should be noticed by all.