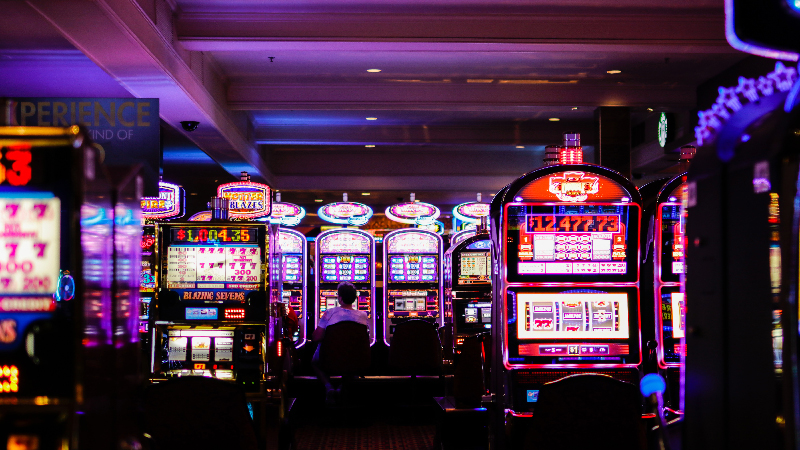 There’s a game out there for everyone. From sitting behind a table and playing cards to relaxing at home playing online, gaming has evolved to be a socially acceptable (and sometimes very rewarding) past time. Whereas movies make gambling more dramatic by focusing on cards, reality has shown us that more and more games played on your computer like slots, provide the the thrill without leaving your home.

And unlike Vegas where you need to look for a lucky machine, online you just need to find an app that gives you the same social interaction of gambling, while offering free slots to it’s players. While using a free app such as Gambino Slot, there’s no actual money, but there is the opportunity to purchase virtual coins for gameplay.

So before you fire-up the Wifi, check out a list of five films that take a look at the highs and lows of getting dealt in, and instead play at home. 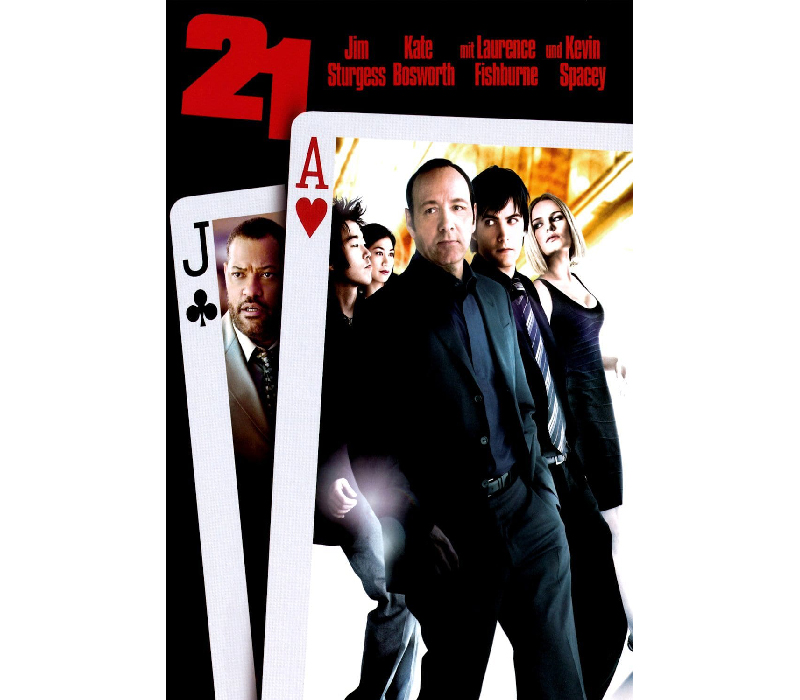 Based upon the book Bringing Down the House by Ben Mezrich, 21 told the true story of a group of MIT students who, under the leadership of their unorthodox instructor, Professor Micky Rosa (Kevin Spacey), used their math skills to win big in Las Vegas. The movie received some criticism as a mostly Caucasian cast were substituted for the actual players who were Asian. Jim Sturgess plays Ben Campbell, a brilliant student in need of cash to pay his tuition, who joins the group. The cast includes Kate Bosworth, Aaron Yoo, Josh Gad and Lawrence Fishburne as casino security chief Cole Williams, who’s monitoring the blackjack team. Campbell is interrogated and kicked out of the casino, returning to Boston to discover he’s been robbed and kicked out of school. Believing that Rosa has betrayed him, Campbell looks to make one last win to set things straight. 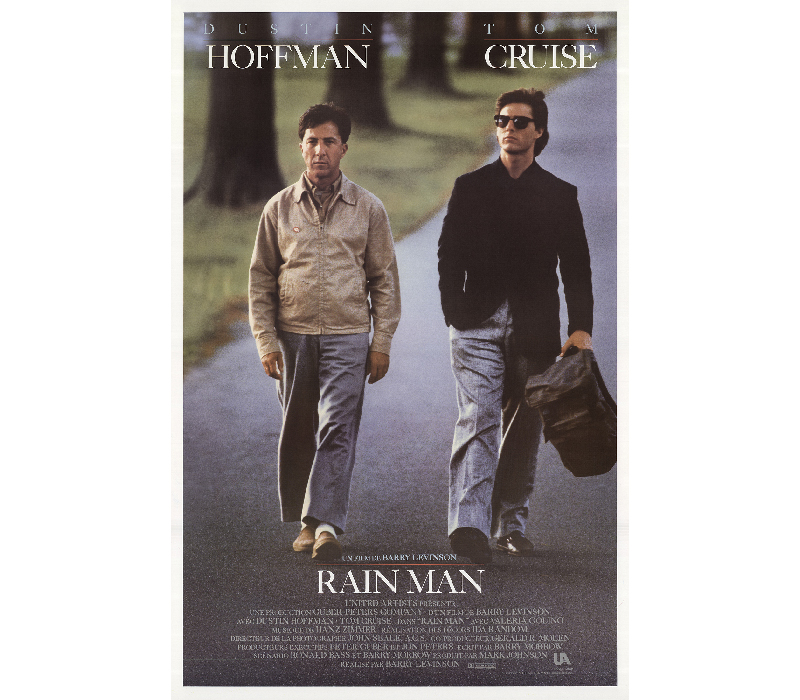 Learning of his wealthy father’s death, Charlie Babbitt (Tom Cruise) learns that the estate is left to his autistic brother Raymond (Dustin Hoffman). Having only vague memories of his older brother, Charlie lures him from his mental institute in order to take custody and as a result, inherit his father’s fortune. Raymond and Charlie drive across country, resulting in a genuine relationship and Cruise gaining both some wisdom and insight. That of course happens after a detour to a Las Vegas casino where Charlie coerces the mathematically gifted Raymond to count-cards, in order to help resolve his debt issues. The film won four Academy Awards; Best Picture, Best Original Screenplay, Best Director, and Best Actor in a Leading Role for Hoffman. 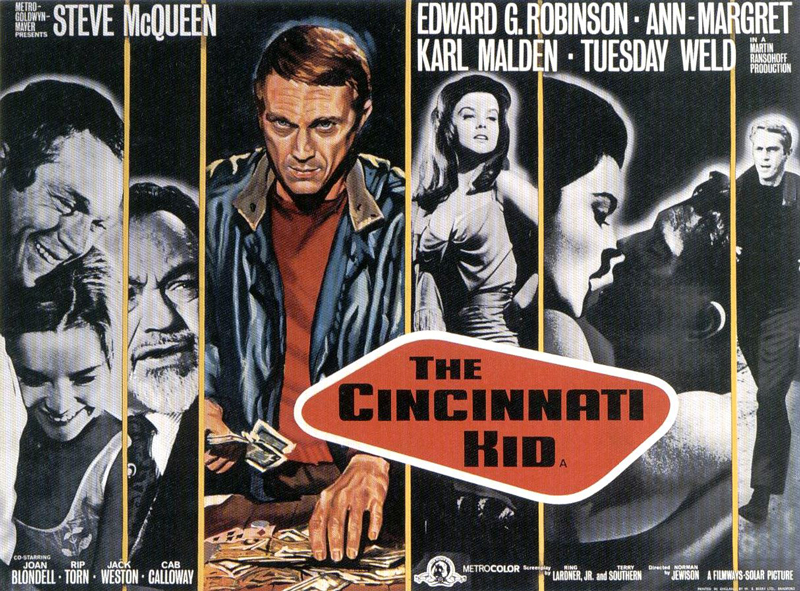 One of the original poker classics, this 1965 film set during the Depression sees an up and coming poker player, branded ‘The Kid’ (Steve McQueen), earn his acclaim to the point he earns a shot against big-time-baddie Lancey ‘The Man’ Howard (Edward G. Robinson). Although the film revolves entirely around card games, it proves to be incredibly tense and is an extremely enjoyable watch, despite its near two hour run-time. The cast includes Karl Malden, Ann-Margret, Tuesday Weld, Rip Torn, Jack Weston, Cab Calloway and Dub Taylor. The film ends in a tense game which inevitably comes down to the last hand in order to determine the winner between ‘The Kid’ and ‘The Man’. It’s one to watch and was arguably an inspiration of the modern casino movies. 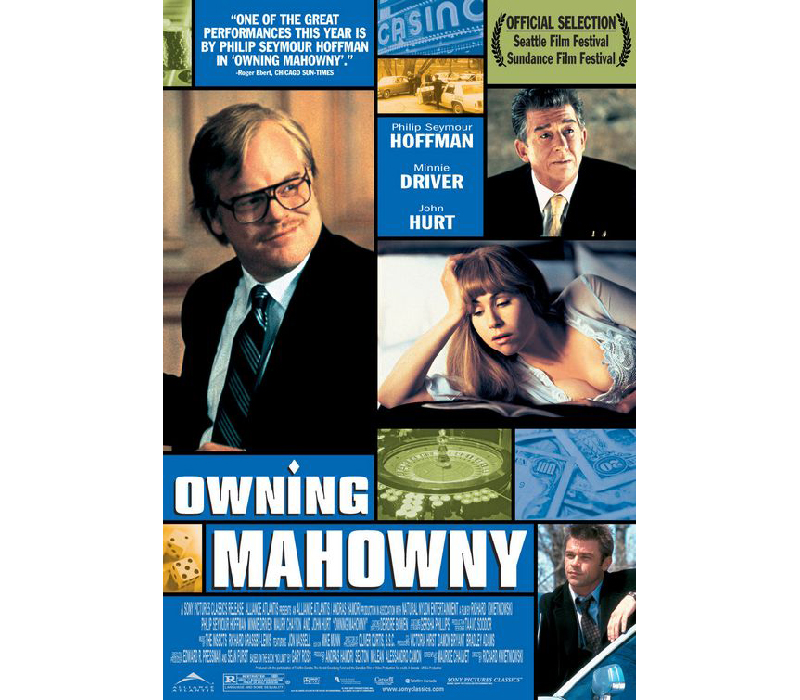 Philip Seymour Hoffman plays Dan Mahowny, a quiet, meek bank employee from Toronto who leads a secret life as a compulsive gambler. Owing his bookie massive debt, Mahowny starts regularly visiting Atlantic City where his losses continue to add to his considerable debt. When his promotion at work changes his responsibilities, he starts covering his debts with loans from non-existent clients until it all comes crashing down. 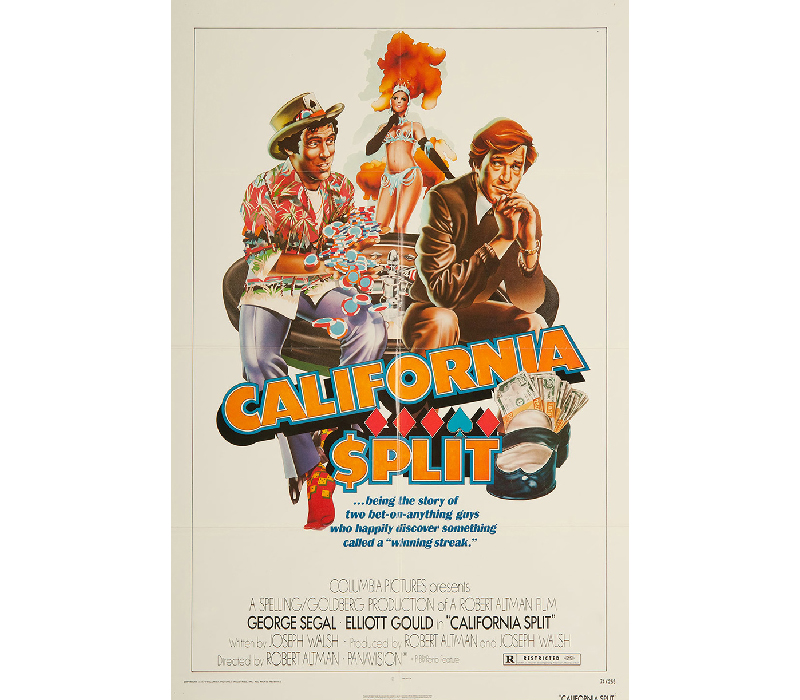 This cynical and nearly forgotten film by Robert Altman, California Split focuses on two compulsive gamblers, Bill (George Segal) and Charlie (Elliott Gould) as they search for that ever-elusive big score. The film doesn’t romance their addiction, instead acknowledging the hollowness and joylessness of the compulsion of gambling. The film is essentially about nothing; no one learns any great lesson. Instead it’s a fascinating character study executed perfectly by Segal and Gould that’s both hysterically funny, introspective and devastating at the same time.