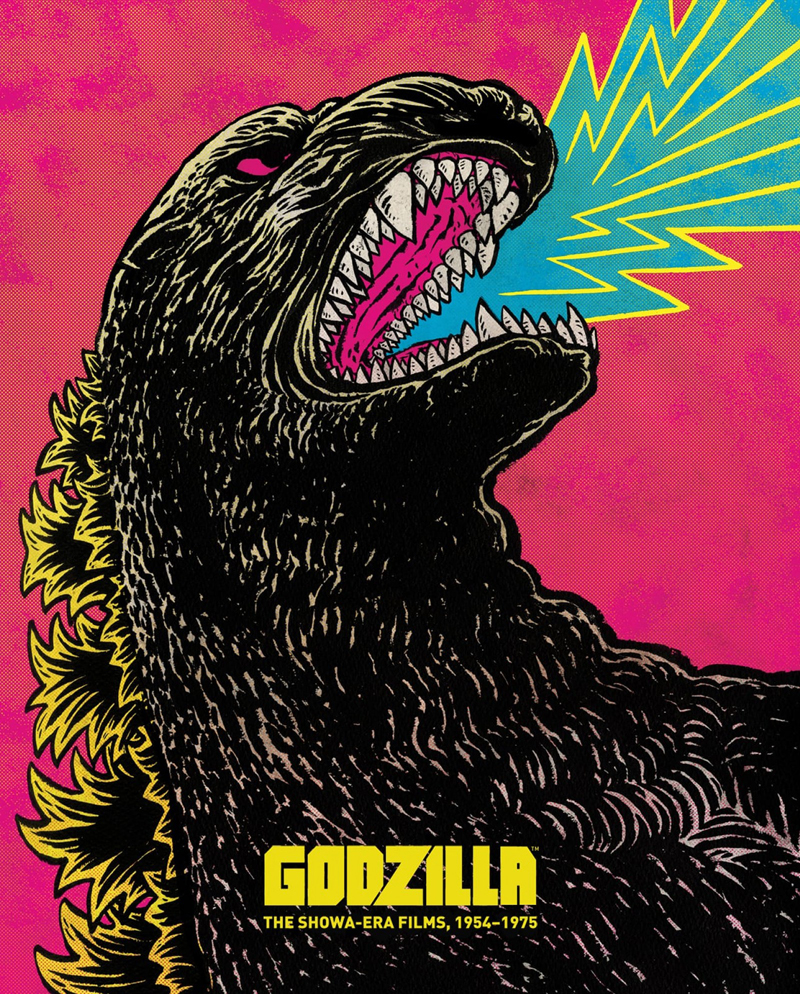 In 1954, an enormous beast clawed its way out of the sea, destroying everything in its path—and changing movies forever. The arresting original Godzilla soon gave rise to an entire monster-movie genre (kaiju eiga), but the King of the Monsters continued to reign supreme: in fourteen fiercely entertaining sequels over the next two decades, Godzilla defended its throne against a host of other formidable creatures, transforming from a terrifying symbol of nuclear annihilation into a benevolent (if still belligerent) Earth protector.

Collected here for the first time are all fifteen Godzilla films of Japan’s Showa era, in a landmark set showcasing the technical wizardry, fantastical storytelling, and indomitable international appeal that established the most iconic giant monster the cinema has ever seen.

Films In This Set: 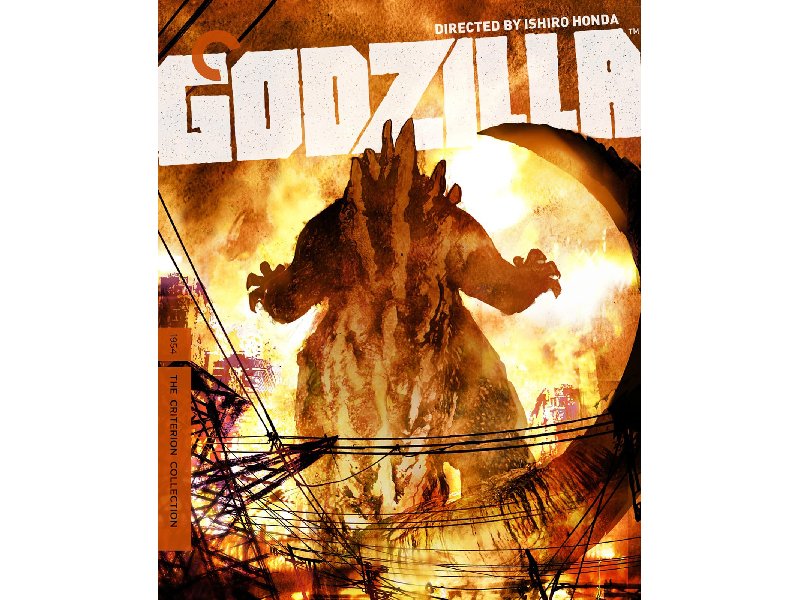 Godzilla (a.k.a. Gojira) is the roaring granddaddy of all monster movies. It’s also a remarkably humane and melancholy drama, made in Japan at a time when the country was reeling from nuclear attack and H-bomb testing in the Pacific. Its rampaging radioactive beast, the poignant embodiment of an entire population’s fears, became a beloved international icon of destruction, spawning almost thirty sequels. A thrilling, tactile spectacle that continues to be a cult phenomenon, the original, 1954 Japanese version is presented here, along with Godzilla, King of the Monsters, the 1956 “Americanized” version. 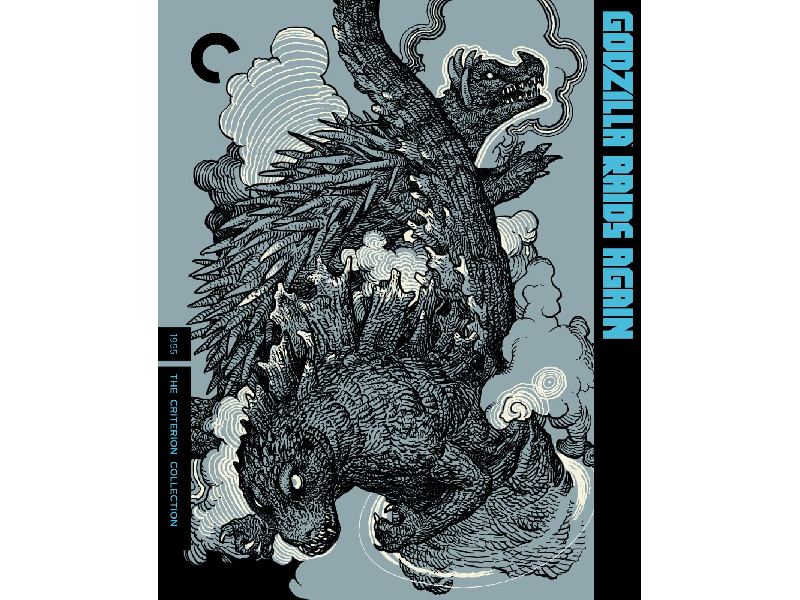 Toho Studios followed the enormous success of the original Godzilla with this sequel, efficiently directed by Motoyoshi Oda as a straight-ahead monsters-on-the-loose drama. An underrated standout among the Showa Godzilla films, Godzilla Raids Again introduces the monster-versus-monster format that would dominate the remainder of the series, pitting Godzilla against the ferocious, spiny Anguirus as the kaiju wreak havoc in the streets of Osaka in a series of elaborate set pieces that succeed in upping the ante for destruction. 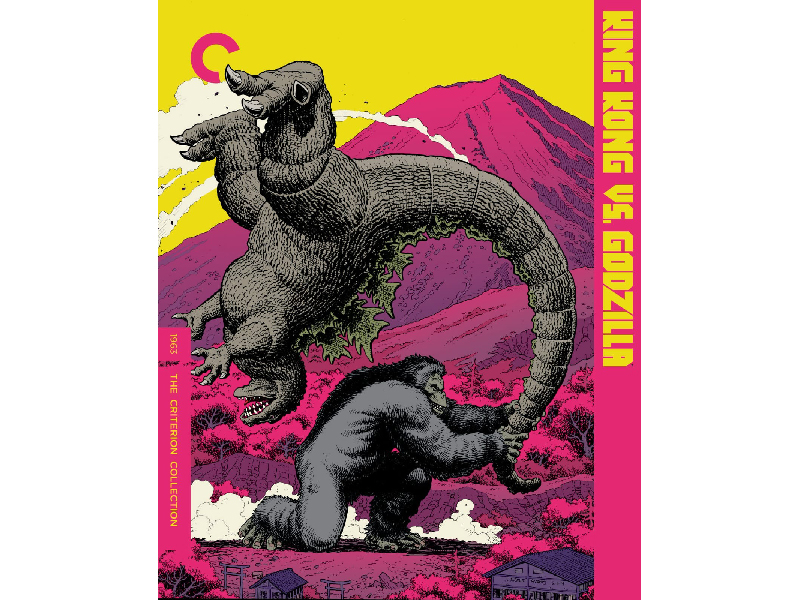 After his first two cinematic rampages, Godzilla was revived as an adversary for the Hollywood import King Kong. When Kong is discovered on a remote island by a publicity-hungry pharmaceutical company, the giant ape is set on a collision course with Godzilla, and Japan braces for a double dose of devastation. Both the Japanese-release version and the U.S.-release cut (the latter presented here) were rousing hits, cementing Godzilla’s status as a series-worthy star. 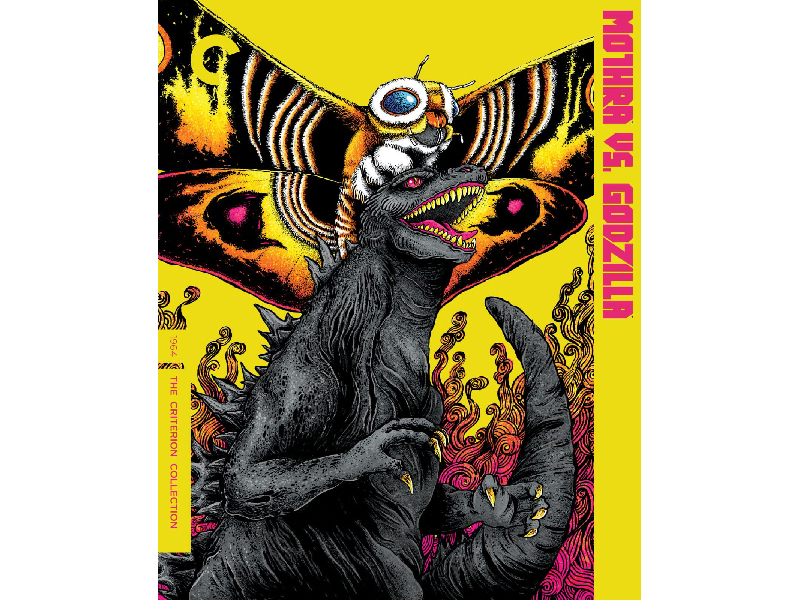 Godzilla faces off against the benevolent insect monster-god Mothra in this clash of the titans, a crossover battle between two of Toho Studios’ most popular monsters—the last in which Godzilla would figure as a malevolent villain rather than a fearsome hero. Mothra vs. Godzilla marks a creative high point in the Godzilla series, with pointed social commentary from director Ishiro Honda, a masterful score by Akira Ifukube, and astonishing special-effects work by Eiji Tsuburaya. 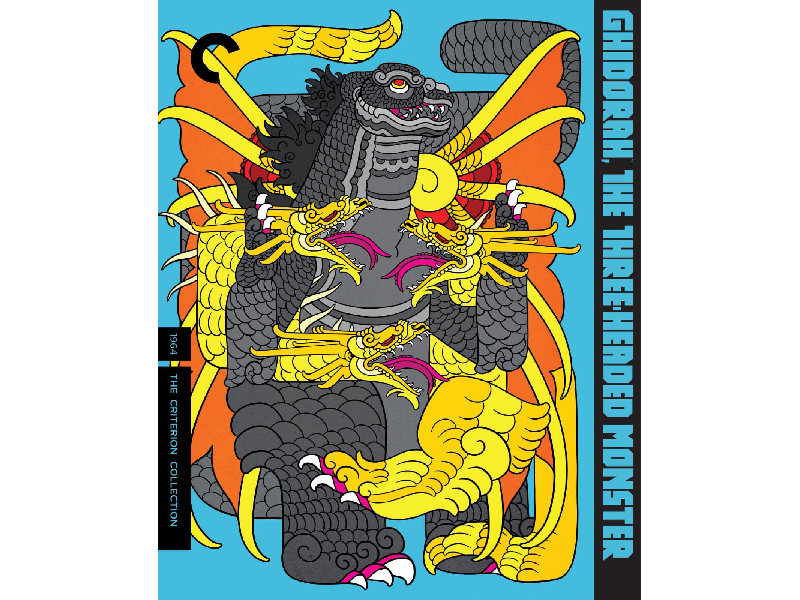 After laying waste to an alien civilization on Venus, the three-headed, lightning-emitting space monster Ghidorah brings its insatiable thirst for destruction to Earth, where fierce foes Godzilla, Rodan, and Mothra must join forces in order to deal with the unprecedented threat. An electrifying screen debut for Godzilla’s archenemy Ghidorah, this film also marks a turning point for the series, as the first time the King of the Monsters acts to protect the planet. 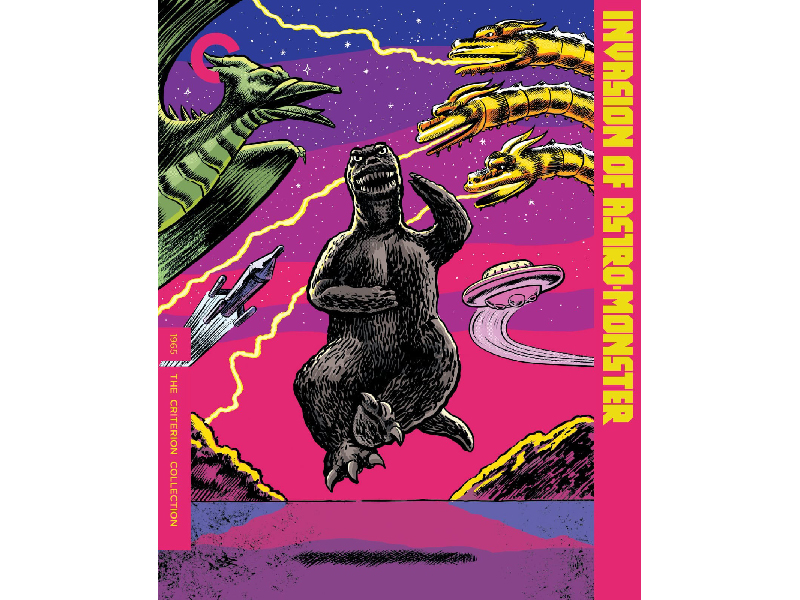 Aliens from Planet X make an irresistible offer to the people of Earth: let them borrow Godzilla and Rodan to help defeat King Ghidorah, and in return they will provide a cure for all known human disease. But the aliens’ duplicity is soon revealed, as they deploy all three monsters in their quest to conquer Earth. This retro romp, featuring American star Nick Adams, stands as a high point in the Showa Godzilla series. 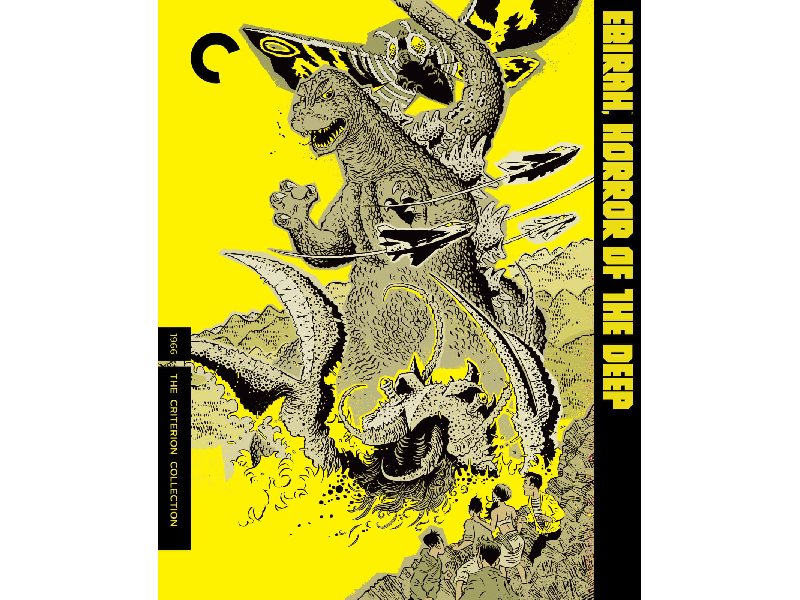 The first Godzilla film directed by Jun Fukuda, who would go on to direct four more, is fast-paced and light in tone, and builds to a riveting race-against-time finale. On a secluded island in the South Seas, a group of castaways stumble upon a paramilitary organization whose nefarious nuclear activities threaten the world at large—and set the stage for kaiju clashes involving Godzilla, Mothra, and the giant crustacean Ebirah. 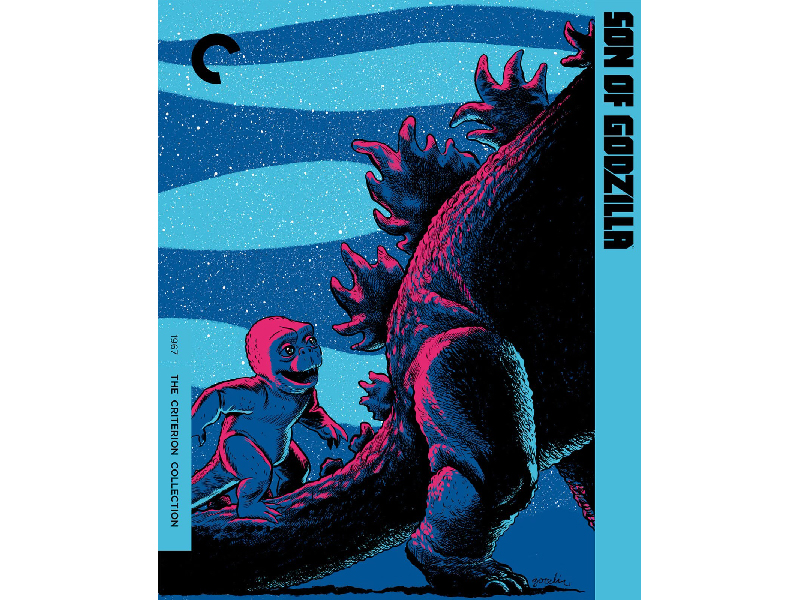 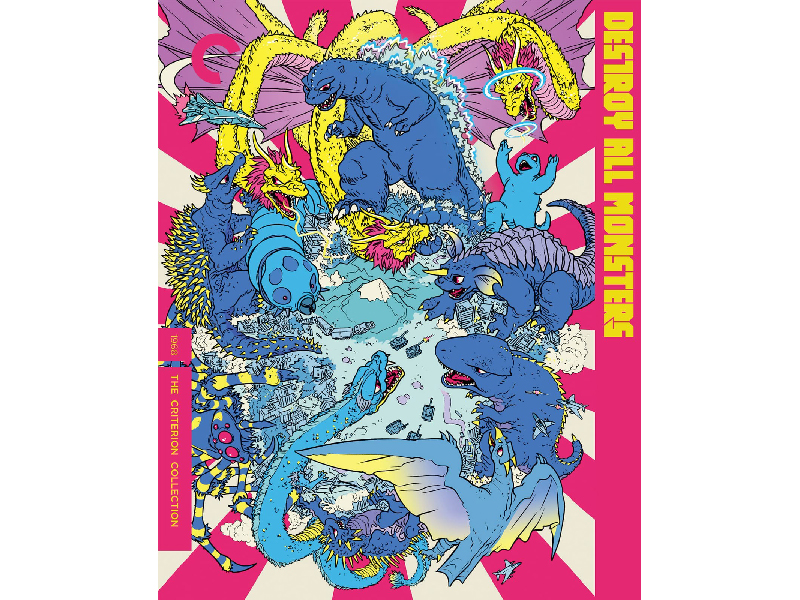 The original Godzilla team of director Ishiro Honda, special-effects supervisor Eiji Tsuburaya, and composer Akira Ifukube reunited for this kaiju extravaganza, which features no fewer than eleven monsters. Set in the remote future of 1999, when the people of Earth have achieved world peace by confining destructive creatures to Monsterland (until an alien race intervenes), Destroy All Monsters mounts a thrilling display of innovative action sequences and memorable images that have made it a favorite for generations of viewers. 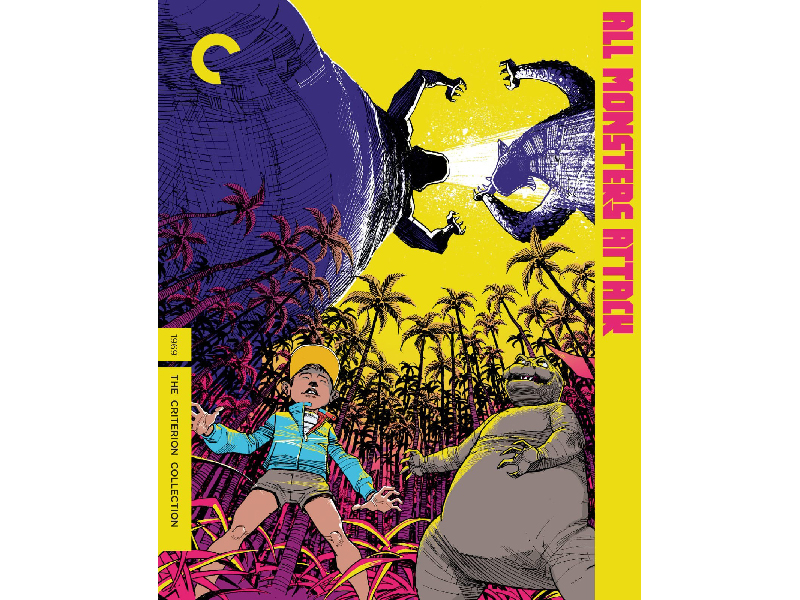 Director Ishiro Honda returned again for the first Godzilla movie expressly for children. Economizing by reusing effects shots from other films in the series, All Monster Attack tells the story of Ichiro, a lonely latchkey kid who finds solace in his dreams of befriending Minilla, the titular progeny of Son of Godzilla, whose parent is also often absent. In this thoughtful, human-scale story, boy and monster learn together what it means to grow up. 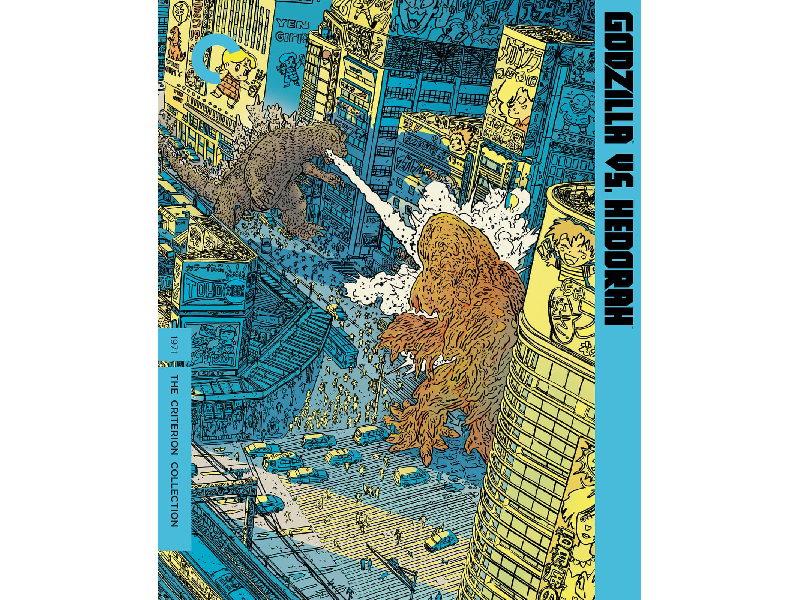 Intended to address the crisis levels of pollution in postwar Japan, Godzilla vs. Hedorah finds the King of the Monsters fighting an alien life form that arrives on Earth and steadily grows by feeding on industrial waste. Director Yoshimitsu Banno infuses the film with equal parts ecological horror, humorous monster antics, and sixties psychedelia straight out of San Francisco, making for a truly unique—and divisive—entry in the series. 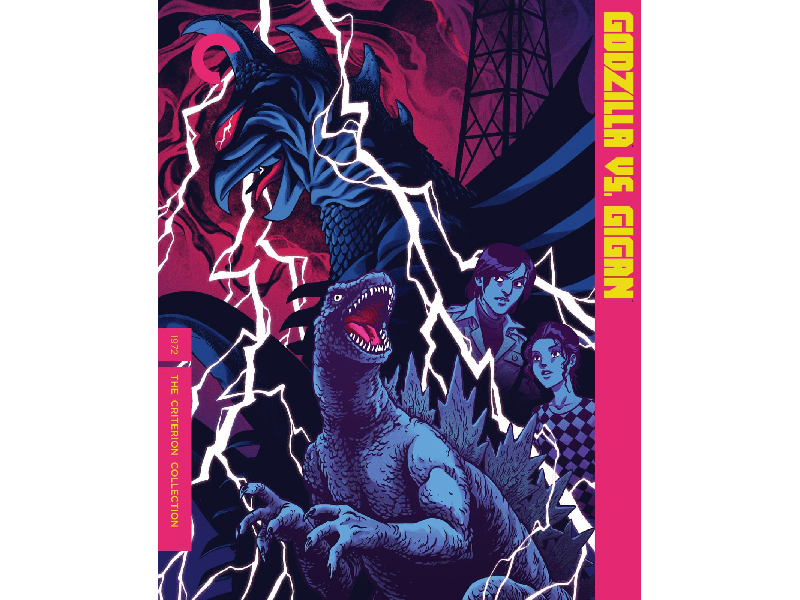 An alien invasion prompts a tag-team battle between Godzilla and Anguirus, the planet protectors, and King Ghidorah and the new monster Gigan, a cyborg with scythe-like claws, an abdominal buzz saw, winglike back fins, and pincerlike mandibles. In this action-packed film, which veers from the sublime to the ridiculous, the cockroachlike aliens—disguised as humans—use Gigan and King Ghidorah as weapons of conquest in their plot to take over a contaminated Earth. 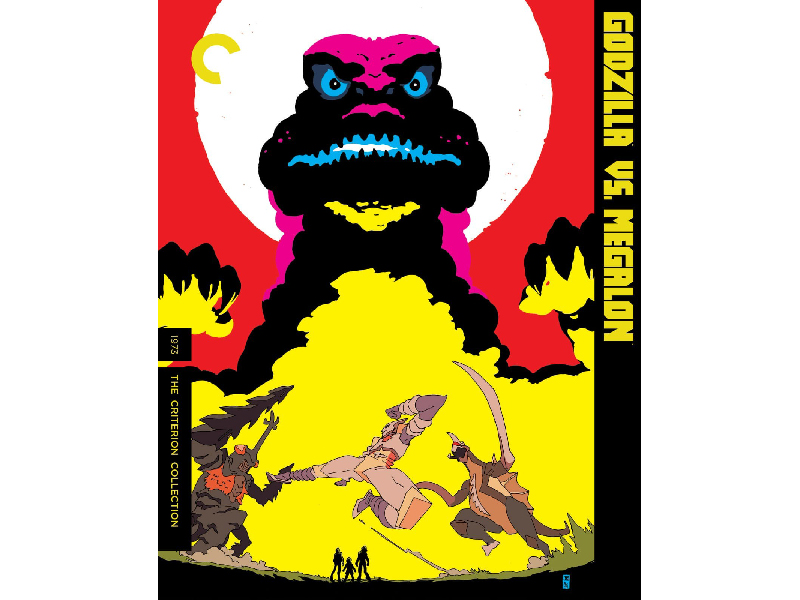 Nuclear testing unleashes mayhem on the undersea kingdom of Seatopia, causing a series of environmental disasters that nearly wipes out Rokuro, the schoolboy protagonist at the center of this film. To exact revenge, Seatopia unleashes Megalon, a gigantic beetle with the ability to fire ray beams and napalm bombs. Meanwhile, Rokuro’s brother creates Jet Jaguar, a flying robot with a built-in moral compass. The inevitable matchup of Godzilla and Jet Jaguar versus Megalon and Gigan decides the world’s fate. 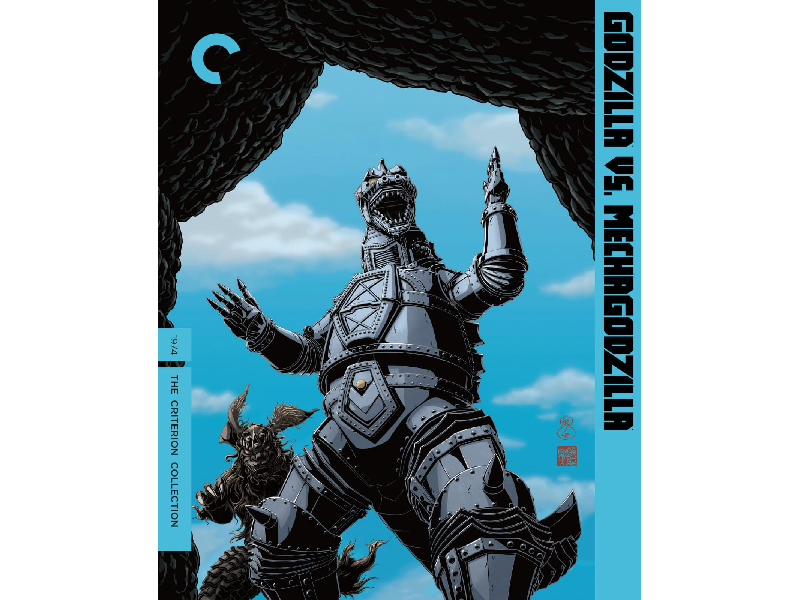 Godzilla’s evil twin Mechagodzilla first reared its head in this Jun Fukuda–directed film. A robot designed by aliens to conquer Earth, the enduringly popular villain has since been resurrected by Toho Studios several times. With the help of earnest direction, spectacular pyrotechnics, and guest appearances by veteran genre actors, this film recaptures the feel of the sixties Godzilla movies. 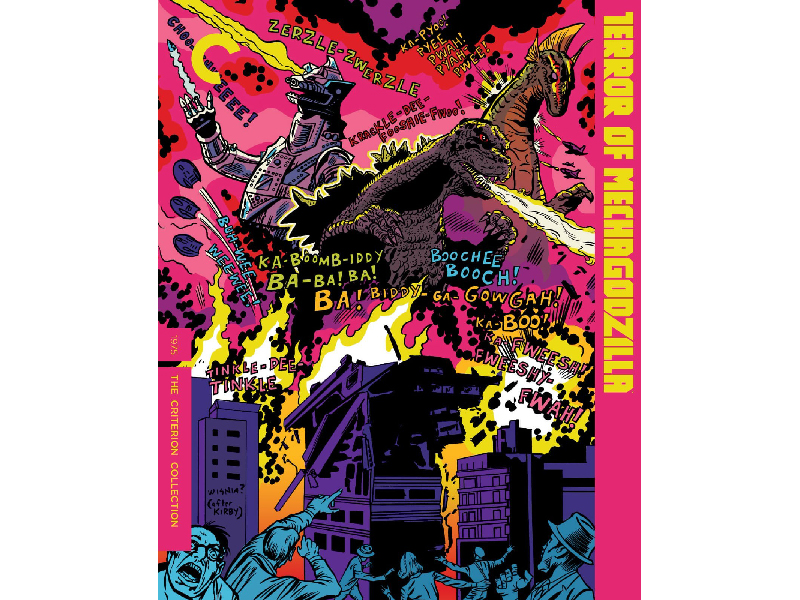 In Godzilla’s last gasp of the Showa era, aliens retrieve Mechagodzilla’s remains and rebuild it with the aid of an unhinged biologist (a scenery-chewing Akihiko Hirata), in hopes of defeating Godzilla for possession of planet Earth. This film marked the return of director Ishiro Honda, who had retired years earlier, disheartened by the increasingly kid-friendly approach of the series. For this final entry, Honda steers the King of the Monsters back into grim territory, interweaving an alien-invasion plot with a tale of tragic romance. 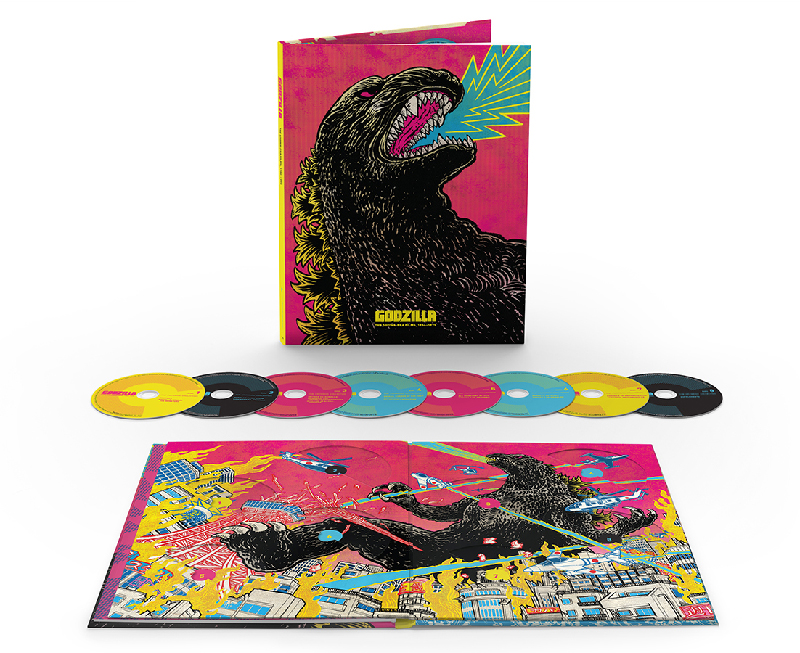 These fifteen films, all presented in high-definition digital transfers, are accompanied by a slew of supplemental material that brings the King of the Monsters to life in a giant deluxe hardcover book, with new essays and newly commissioned illustrations from sixteen artists; new and archival interviews with cast and crew members; and much, much more!