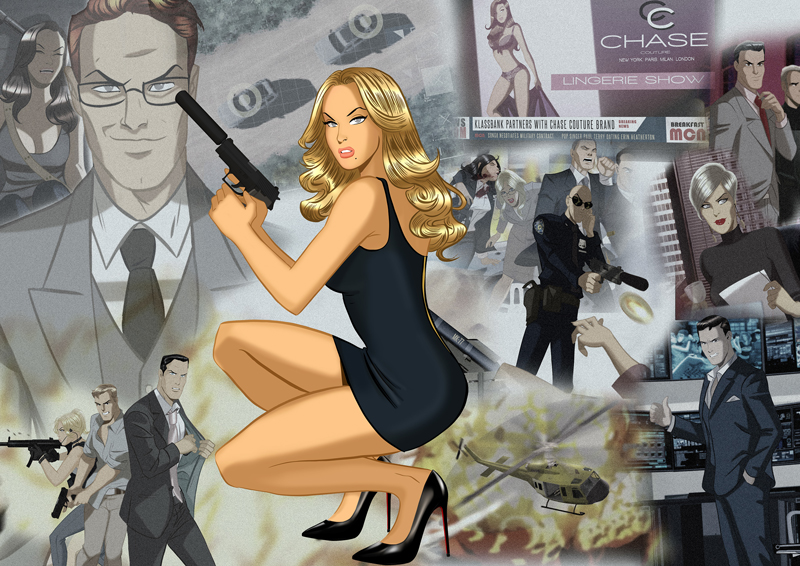 Back in 2015, UK artist Des Taylor released his hit comic book mini-series Scarlett Couture (Titan Comics) to much acclaim from comic retailers to industry professionals. Having taken time out to co-host SKY One’s DC Fancast show and launch his first US art exhibition (It’s a Girl’s World) in Las Vegas, he is back with a brand new mission for Scarlett and her team on the Madefire Motion Book platform.

Six months from the events of ‘Project Stardust’ (Volume One), Agent Scarlett Carver and the Covert Investigations Group hunt for clues that will lead them to LADON – a computer program designed to circumvent any computer security system in the world – stolen by agents of defence contractor ARMAWOOD; allied with global banking giant – KLASSBANK.

Little does Scarlett and her team know, CEO Simon KLASS – the real mastermind behind the events of Project Stardust – has been using the LADON program to influence governments, serve organised crime and siphon assets from Chase Couture’s business empire before he executes his final game plan. SCARLETT COUTURE- THE MUNICH FILE Issue’s 1 and 2 will be released together in July at San Diego Comic-Con 2019, with Issues 3 and 4 following in November with the ART OF SCARLETT COUTURE sketchbook.

“I’m delighted to be bringing back this stylish, strong, assertive female character with Madefire. Ever since I published my first book (The Trouble With Katie Rogers) on their platform, I considered giving my other properties the motion book treatment. The motion tool gives me the opportunity to bring my world to life and give the reader the same experience I feel when creating the story. It’s almost like having your own comic book TV show,” commented Des Taylor during his seminar at the Middle East Film & Comic Con in Dubai this year.

With over 40,000 comics available and partnerships with both DC Comics and Marvel in digital comics, Madefire’s platform is also available in virtual reality on the Oculus Rift and now in alternate reality with Magic Leap. 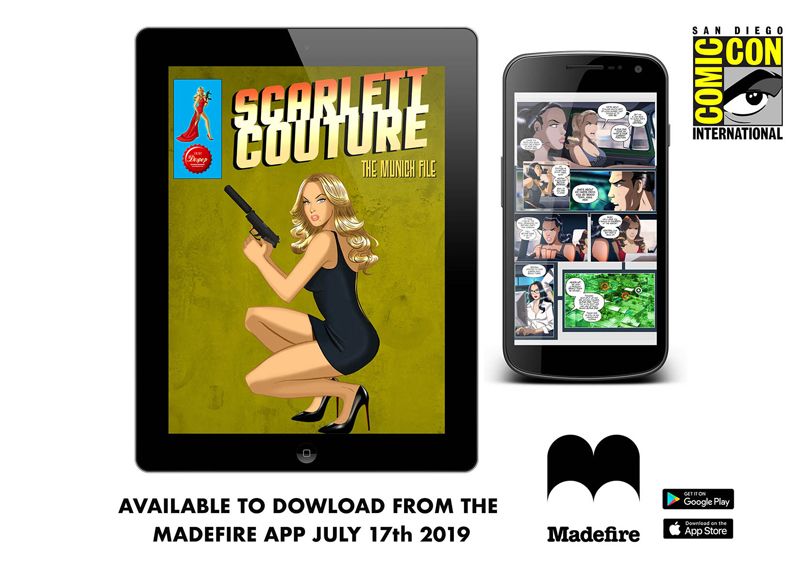 The Madefire app is available for free from the App Store on iPhone, iPad and iPod touch or at www.madefire.com/iOS, and on Android via the Google Play store.

Madefire is the only publisher offering episodic, digital stories in the immersive Motion Books format.