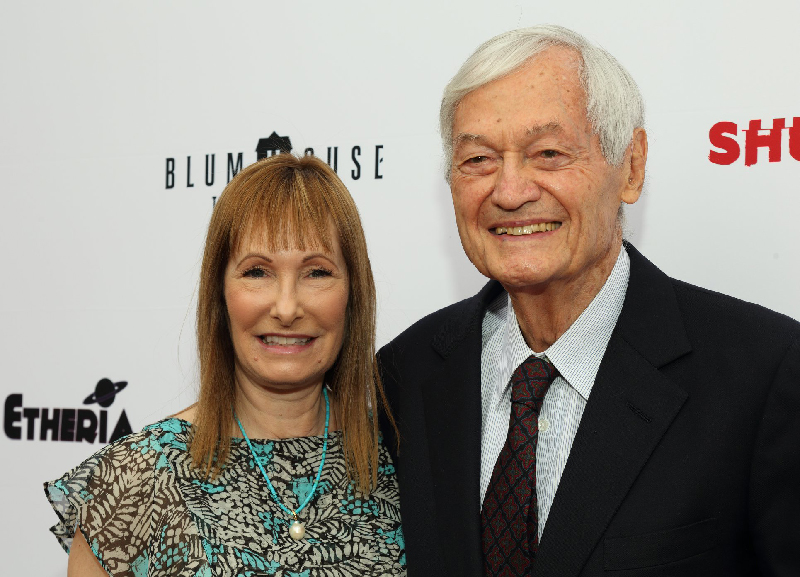 The 2019 Etheria Film Night returned to the Egyptian Theater for another year of celebrating emerging women directors of genre. And in addition to placing new filmmakers in the spotlight, Etheria Film Night also honored film and television producer Gale Anne Hurd, who is best known for her work on The Walking Dead, Fear the Walking Dead, The Terminator, and The Punisher, just to name a few.

To present her with the Etheria Film Night’s 2019 Inspiration Award, Hurd’s mentor and film legend Roger Corman was on had to talk about the producer, her achievements and her influence on the industry.

“I think that Gail’s work was not only significant for her, but she is one of people who had led to the world we have now, where a woman graduate of a university will not come down ready to talk about how fast they can type, but talk about their careers,” said Corman.

The film icon also noted that Gail’s was not only as an artist, but has a gifted eye for recognizing natural aptitude.

“She’s also has a great eye for talent. She worked with me for only a brief amount of time, when I told her that a picture called Battle Beyond the Stars. We were falling behind on the special effects. I asked her, ‘Would you to go down to the studio and tell us what you thought?,'” said Corman.

“She came back and said that the man I hired to handle the special effects, as many people will, has slightly exaggerated his background. But there was this young kid making model spaceships who was really smart and really knew what he should be done and I should promote him. I promoted him. And that was James Cameron, who went on to produce with Gale The Terminator, The Abyss, and a number of other films.” 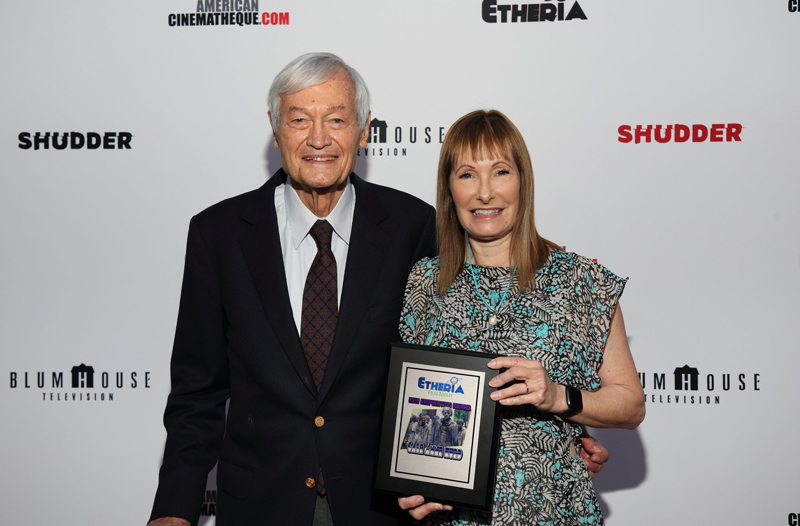 “Gale has since went on to produce so many good, successful films it is impossible to list them all, but I remember Tremors, Dante’s Peak, The Punisher, The Hulk, and eventually The Walking Dead. Her TV series is one of the most successful series ever made, and I think it’s partially due to her understanding that motion pictures are both a business and an art form. She understood the concept of the business and the psychology of the series. She said, ‘The key is not the zombies. The key is the psychology is the people who fear the zombies.’

“I think it is that kind of creative thinking combined with knowledge of the business that enabled Gale to have such a phenomenal career and will continue to do so,” praised Corman.

While at the podium, Hurd took a moment to thank her mentor. 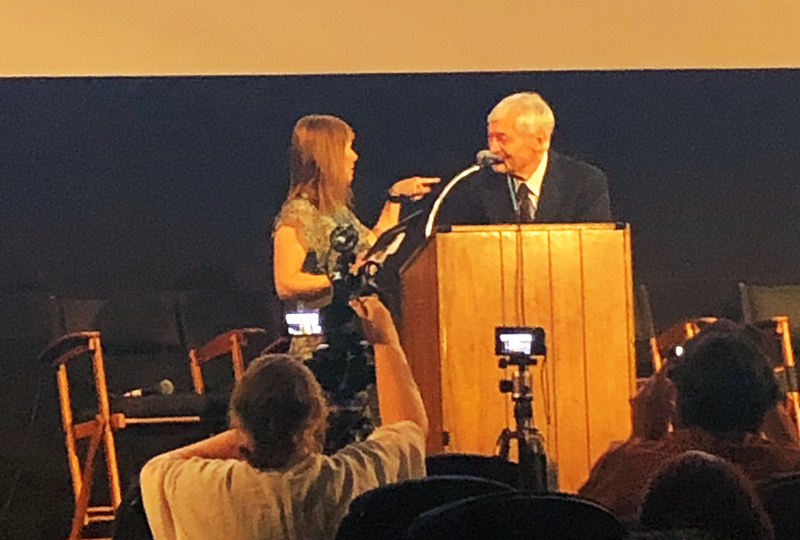 “It’s rare when you get to thank your mentor in front of an audience like this. I really have the great please to thank the man who is responsible for my career, Roger Corman,” said the producer.

“Roger, we all owe you a debt of gratitude for doing something I thought was normal when I started to work for you. Women were in every position at New World Pictures, including Julie Corman, who was producing. The first film that I worked on, Humanoids from the Deep, was directed by a woman.”

“Thanks to Roger Corman, I thought there was already equality in Hollywood in the ’70s. Boy, was I in for a big surprise,” joke Hurd.

Hurd went on to talk about the take of filmmaking, as well as other who have inspired her career, including fellow producers and the women she has worked with during the course of her career.

“We are proof that women not only love sci-fi and horror, but we are a creative force to be reckoned with, both in front of and behind the camera,” said the producer.

“The woman directors, whose films we are here to celebrate tonight, challenge the continued misconception that women do not like genre. I am grateful for the writers, directors, financiers, studios, networks who have enabled me to tell the powerful horror and sci-fi stories that I love.”

“I also want to celebrate the talented actresses like Sigourney Weaver, Linda Hamilton, Charlize Therone, Diane Guerrero, Melissa McBride, Sonequa Martin-Green, Kim Dickens, Alycia Debnam-Carey, Danay García, Maggie Grace, and so many others that brought their characters to life with incredible grace and complexity. I am eternally grateful to all of them as well.”

“If you need further proof that genre isn’t a boys club, I had a great number of women mentors. In addition to Julie Corman, Barbara Boyle, and the late, great Debra Hill. She was a true visionary who relaunched the horror genre with Halloween, which she not only produced, but co-wrote. Without the support of women like Barbara, Julie and Debra, I’m would not be where I am today.”

As a final note, Gale Anne Hurd pleaded with the women in the audience to continue making their movies no matter the obstacles.

“I want to encourage all of you to take action and help change this continuing gender imbalance,” said Hurd. “Let’s do what we can to champion those women taking those non-traditional roles and give them opportunities.”

“We need all of you, established and aspiring, to continue to make films and to broaden the opportunities for other women. Out of 100 top grossing films of 2018, only four were directed by women. That has to change.”