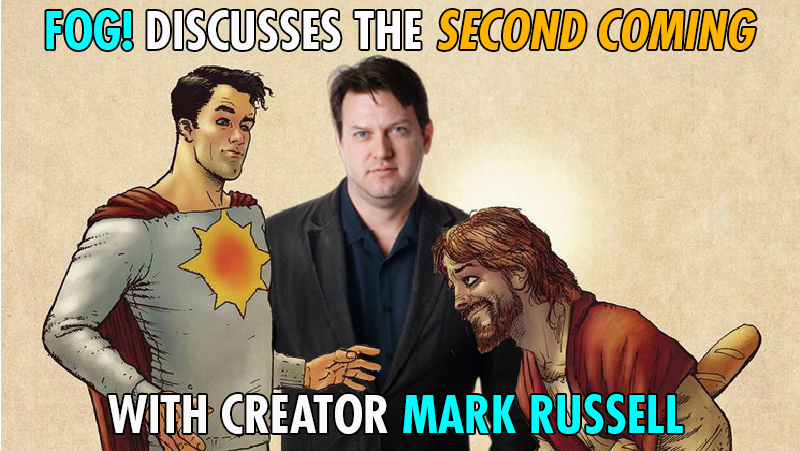 It takes a certain amount of confidence to launch your career essentially rewriting the Bible, which Mark Russell did, in collaboration with cartoonist Shannon Wheeler.

From there, Mark went to DC Comics, putting his take on quirky and established properties including Snagglepuss, The Flintstones, Prez, and most recently, The Wonder Twins.

Along the way, Russell also did some work on such properties including Red Sonja, The Lone Ranger and Judge Dredd and won the 2019 GLAAD Award for Outstanding Comic. He has also been nominated for a Harvey and several Eisner Awards.

His newest work (and his first creator owned property), Second Coming, is in stores today. Mark took some time out of his busy schedule to discuss the book, religion and his upcoming work.

FOG!: Let’s start with the concept itself, how would you describe premise of Second Coming and what was the book’s genesis?

Mark Russell: Second Coming is about Christ returning to Earth during the age of superheroes and being disillusioned with how we, as a species, have chosen greed and force over forgiveness and empathy. It’s actually the combination of two ideas I had, one about Christ’s disappointing return to Earth and another about a superhero discovering just how limited their powers were in solving real world problems.

Your first published books were with Shannon Wheeler (God Is Disappointed in You and Apocrypha Now), which were both a faithful-yet-irreverent approach to the Bible. Were you raised in a religious household and how did that influence your take on Second Coming?

Yes, I was. And I think my upbringing, like most people who are raised in a religion, was more about teaching me the parts of the Bible that were useful to my parents and teachers (i.e. the parts that would get me to shut up, do my chores, and not try to have sex with anybody) than teaching me what the book actually said or any meaning philosophical applications its teachings might have. 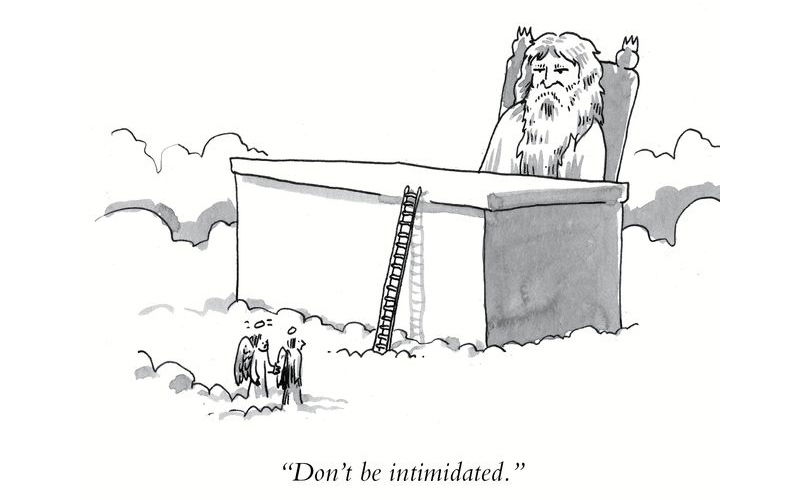 This is what I tried to focus on in those books and also with this comic… what was it actually trying to say? What are its philosophical and real world implications?

The book was initially announced at DC, which came as a bit of surprise considering that they nixed a Jesus Christ appearance in Swamp Thing three decades ago. Second Coming has Jesus becoming roommates with Sunstar (a Superman archetype) and it’s announcement immediately became a topic of discussion generating both buzz and controversy, despite no one having read it yet. Was that frustrating?

If I had written it as a book of literary fiction, no one would have batted an eye.

But publishing it as a comic book suddenly made it a big controversy, perhaps because people still read comic books. But yes, it’s frustrating to watch people try to intelligently denounce a comic book they haven’t even read. It’s like listening to a sixteen year-old explain parenting to you. 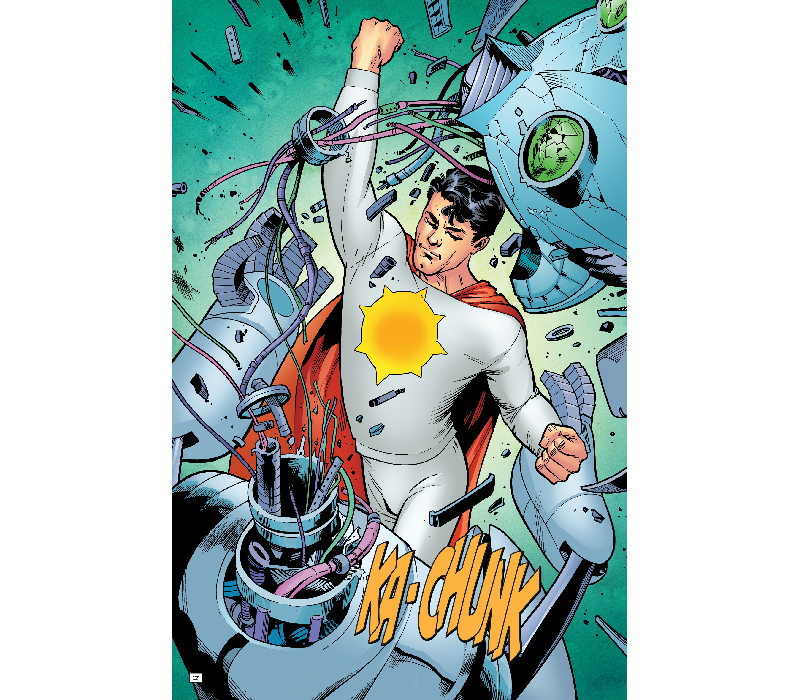 The series is illustrated by Richard Pace. How did he become involved and what does he bring to the project?

Vertigo brought Richard Pace in. And he brings a couple of things to the table which I think are incredibly important. An enthusiasm for the subject matter and a really human and nuanced emotional landscape for his characters.

DC was courteous to allow you to bring the project to other publishers. How did you wind up at AHOY and were there any adjustments that you made from the initial first issue to the one in stores this week?

I had worked with AHOY on their humor/horror comic Edgar Allan Poe’s Snifter of Terror. I liked working with them and I thought their sensibility was really perfect for this comic. Plus, they were really about changing the format to fit the story, rather than the other way around. 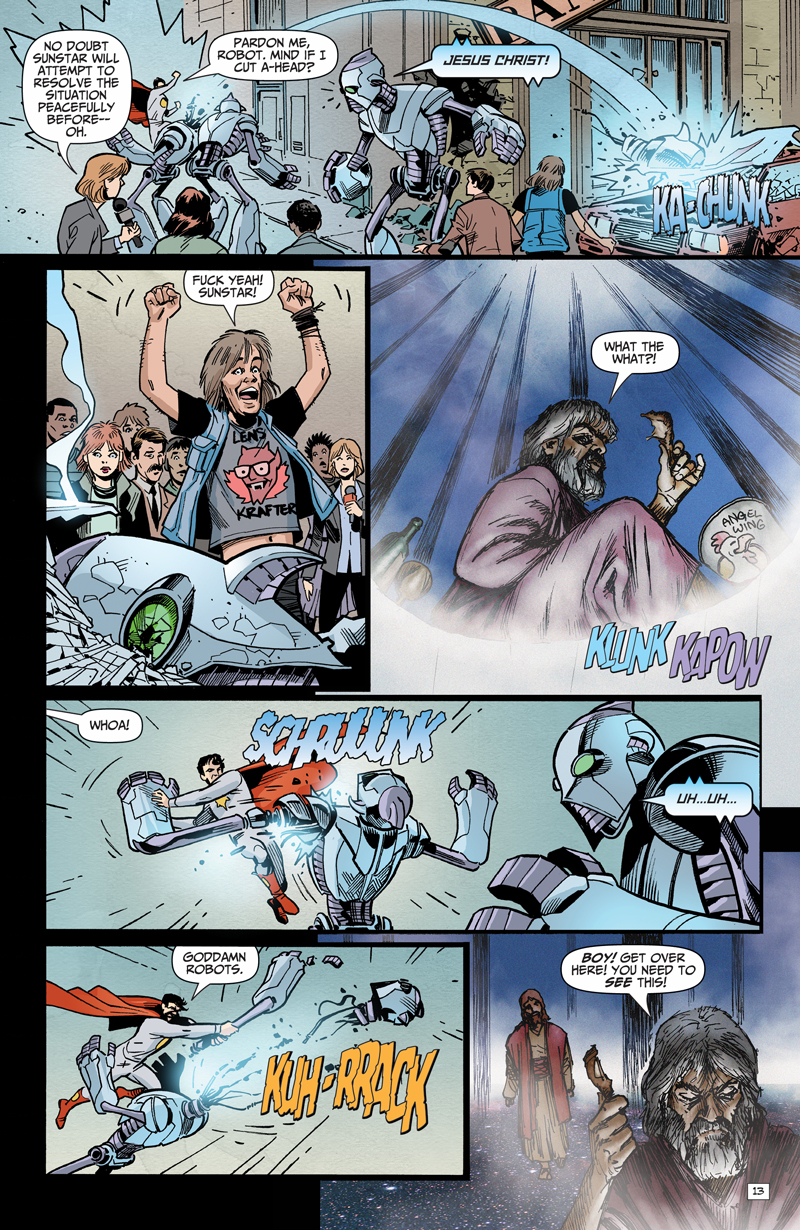 They brought in Leonard Kirk to make the Earth scenes look and feel different than the scenes in Heaven and they let us expand Issue #1 to thirty pages, which was crucial for including more of Christ’s backstory and better understanding his motivations out of the gate.

Your work has garnered a particular amount of critical praise, in particular with The Flintstones, Snagglepuss and The Wonder Twins. Were these properties that you had an emotional connection to from your childhood and what challenges were there to both service “the brand” as well as be creatively gratifying?

I definitely had a connection to the Wonder Twins as a kid. I loved them because they were the only superheroes in the Super Friends who were allowed, and even expected to, screw up. That instantly made them more relatable to me. The Flintstones and Snagglepuss were more before my time as characters, but I took what I found interesting and human about them and built their stories around those pillars. 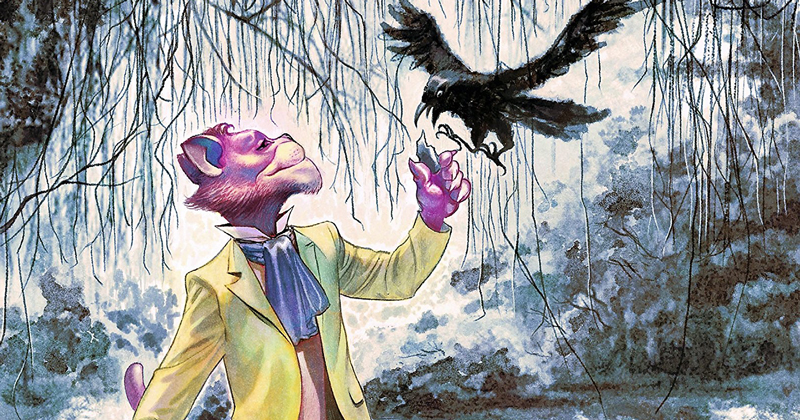 For me, writing is creatively gratifying only to the extent that acts as a bridge between me and the world. There’s a passage in the gnostic Gospel of Thomas in which Christ says, and I paraphrase, “Your heart can save you if you let it change the world. The world will destroy you if you do not let it change your heart.”

That has become something of an artistic mantra to me. I always approach a project thinking how I can use it to talk about the world, or as therapy to keep the world from destroying me.

What other upcoming projects do you have coming up and are there any dream properties that you’d like to take a shot at?

I’m doing the Year of the Villain stories for Sinestro and The Riddler for DC. And I’ve got a couple of projects lined up I can’t really talk about because they haven’t been announced yet, including another series with AHOY. Plus, at least another year of Red Sonja with Dynamite ahead of me. So I’m keeping busy. At some point, I would love a shot at writing a Superman series, though.

Well, there are so many great comics out right now. Die, Invisible Kingdom, and all the Bendis stuff at DC, for instance. The thing I can’t believe everyone isn’t talking about right now, though, is the HBO show, Years and Years. Such a dark and poignant satire of our times. Perhaps this is the silver lining of the end of the world. It at least gives us something interesting to talk about. 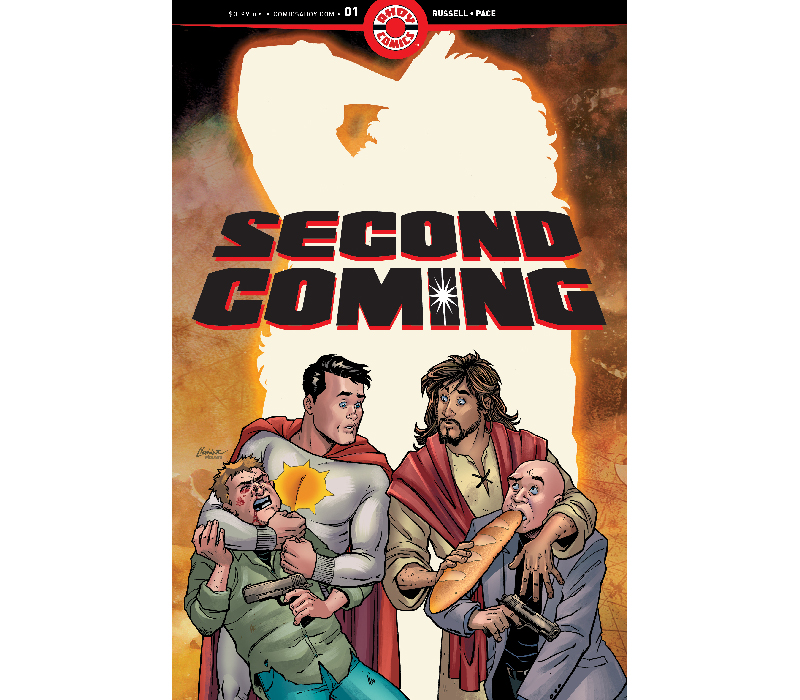 Second Coming #1 is available in stores and via digital today.