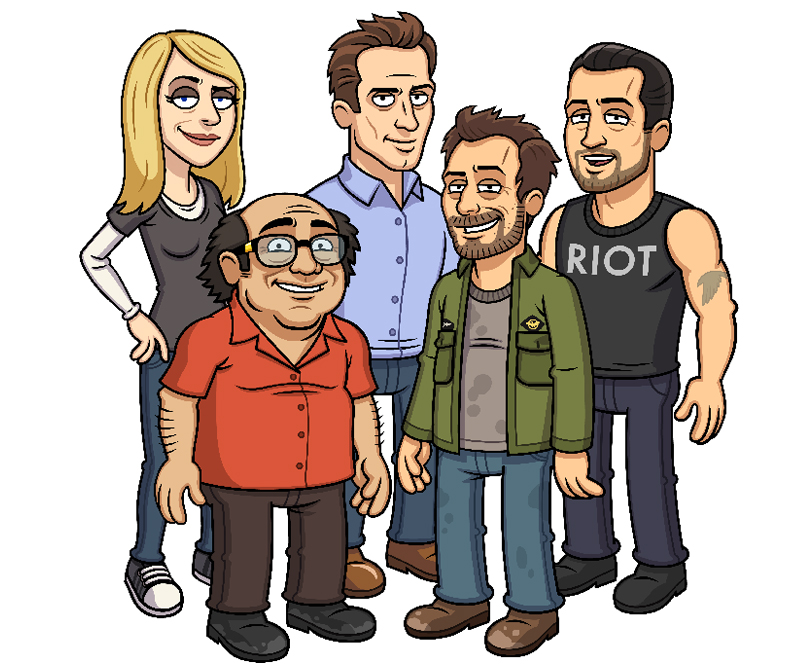 In It’s Always Sunny: The Gang Goes Mobile, players have the opportunity to team up with The Gang: Mac, Dennis, Charlie, Dee and Frank, in their favorite gags, storylines, and iconic moments from the series, indulging in new and ridiculous money-making schemes to tap and unlock their way to more schemes and collect fan-favorite characters. In the game, Frank comes into a bunch of dirty money that he needs to hide from the FEDS, so he recruits The Gang to do his dirty work. Players jump straight into the role of money manager for a series of exploitative, get-rich-quick operations, from Kitten Mittens to Dick Towels, and additional familiar scenes for fans of the show. As players amass funds, they can embark on painfully hilarious new adventures, unlocking the most memorable versions of The Gang, including Codpiece Dennis, Man-Spider Frank, Wildcard Charlie, Operation Badass Mac, and Ostrich Dee. Fan-favorite supporting characters will also be available in the game, including The Waitress, Rickety Cricket, Father O’Grady and more.

As one of the longest running live-action comedy series, “It’s Always Sunny in Philadelphia,” will return on September 25th for its 14th season on FXX. 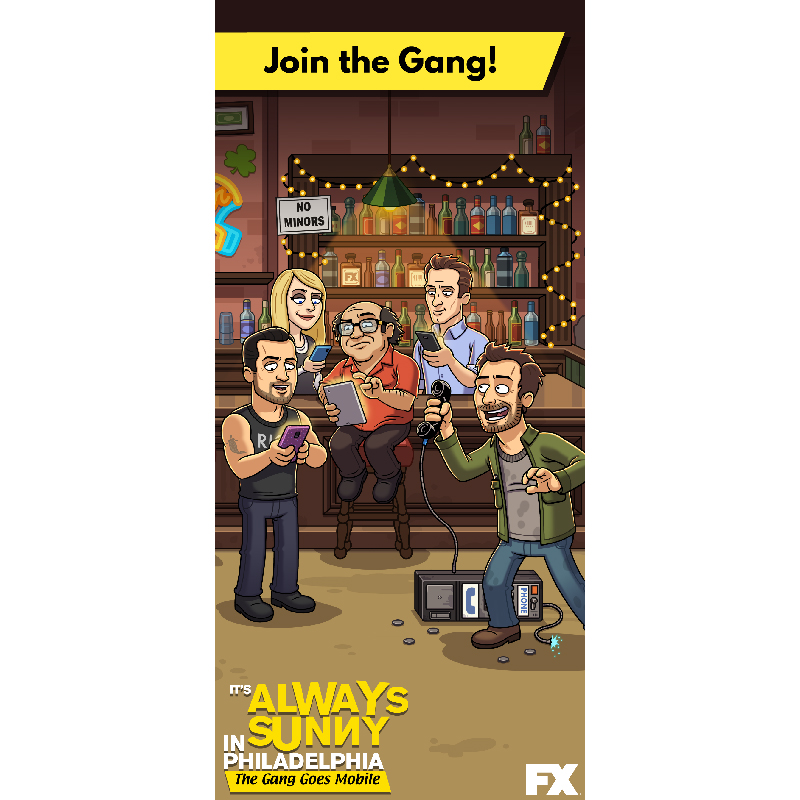 It’s Always Sunny: The Gang Goes Mobile is now available to download on the App Store and Google Play.