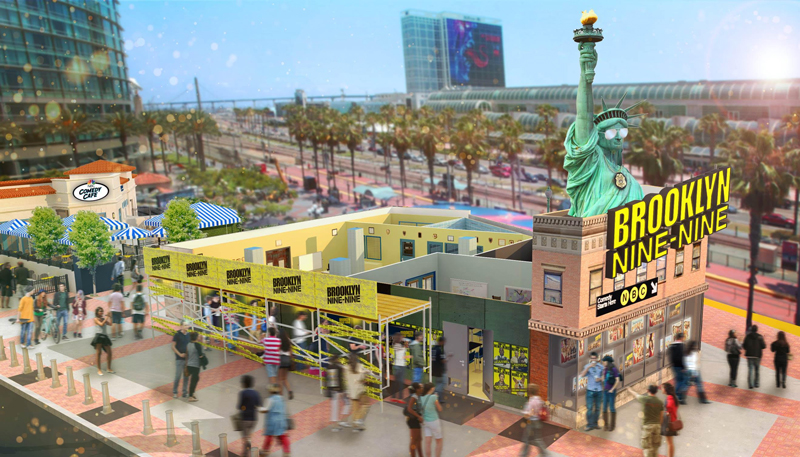 NBC is set to bring the laughs to the nerd herd at this year’s San Diego Comic-Con. This year, the net will host panels for hit laffers Brooklyn Nine-Nine, The Good Place and SDCC freshman, Superstore.

In addition to panels, NBC will also bring a handful of fun activations to the Con.

The Brooklyn Nine-Nine Experience in front of the Tin Fish Restaurant near the Hard Rock will be recruiting the good folks at Comic-Con, looking for a few good men (or women, or Spider-men) to join the ranks of Brooklyn Nine-Nine.

For The Good Place, Hard Rock’s Maryjane’s Diner will become the Interdimensional Hole of Pancakes, where folks can refuel between the realms.

There will also be a Superstore Cloud 9 Pop-Up in the lobby of the Hard Rock. The one-stop-shop will offer exclusive content, photo ops and a customer service desk that will offer themed giveaways.

The channel will also convert the Tin Fish Cafe in NBC’s Comedy Cafe, which will pay homage to the net’s favorite comedies with themed yummies, fresh content and fun menus.