It’s a tale as old as time: Offer a new take on an old story by giving the supporting players the spotlight. But as the cast and crew of Pennyworth are quick to point out, this is more than just the tale of a butler.

“The fun thing about origin stories is that you know where we end up, but it is about filling in the blanks. There are nods to the other Alfreds, but this Alfred has swag,” says star Jack Bannon, who plays the titular butler. “You will see something we haven’t seen before.”

At San Diego Comic-Con, the cast and crew of Epix’s Pennyworth introduced the latest branch in the Batman universe, in which the Caped Crusader’s closest confidant gets his own series to explore his life, his backstory and all of the elements that helped him raise an orphaned Bruce Wayne.

For series creators Danny Cannon and Bruno Heller, the timing is perfect to explore this new aspect of Batman’s legacy. 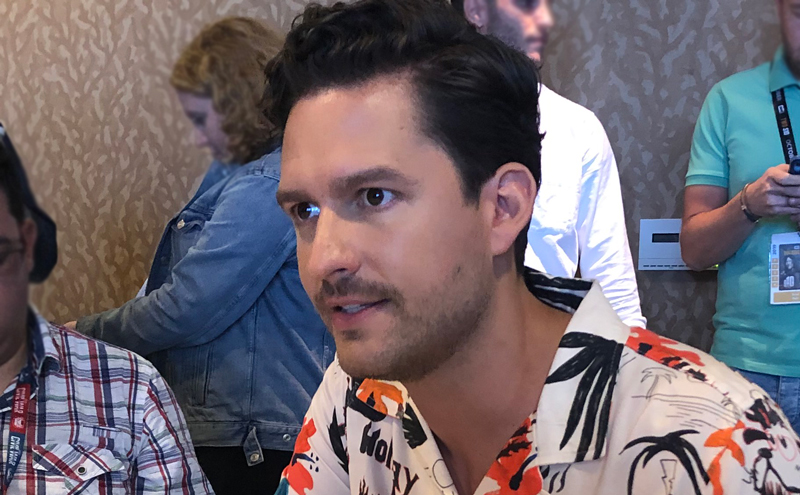 “Now is the right time to expand the DC mythology and universe in a new direction,” said the series co-creator Bruno Heller. “The Alfred character is perfect because he is an ordinary man. He has no superpowers. He was in a kind of subsidiary position. This is a way to tell a more character driven drama, a family drama. But also a way of making that world a little more honest, a little more edgy as real life is. But again, the DC Universe is infinitely expandable. People will be telling these stories for hundreds of years so the more you can extend it out of the spandex world and into an adult world.” 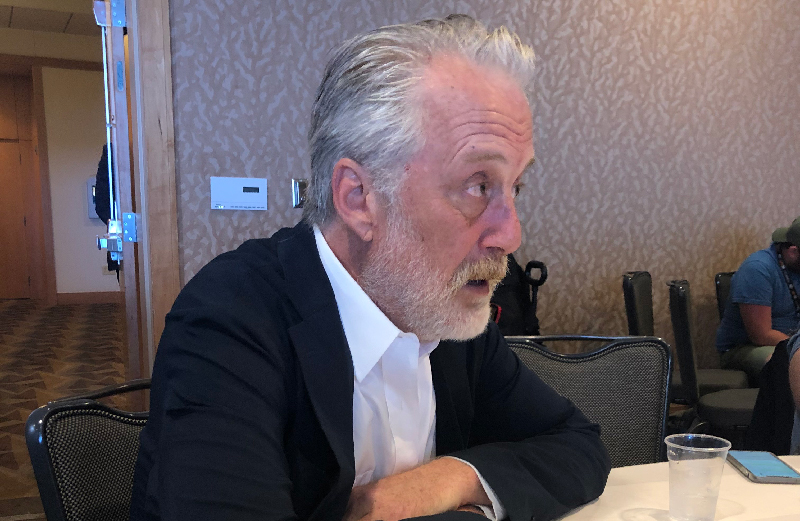 “That’s one of the weird things that happened with this world. It started out as essentially children’s entertainment, but then these children turned into grown ups that still live in that world,” said Heller. “I feel this world has to catch up to its audience.”

Getting the perfect cast for Pennyworth  was a process on its own.

“I think I spent longer auditioning than shooting. It was arduous. But the thing is, I understand with these things. There are a lot of people to please and I was grateful in the end. It shows that they wanted to find the right person,” said Bannon. “Danny and Bruno made it clear they thought I was right and can really do it. I was grateful today.”

Paloma Faith’s audition process was slightly different. For her audition, the singer sent in a recording of herself decked out in leopard print from head to toe as she got into the character of villainess Bet Sykes.

Luckily, the unauthorized look of the shady lady wasn’t too much of a stretch for the diva. 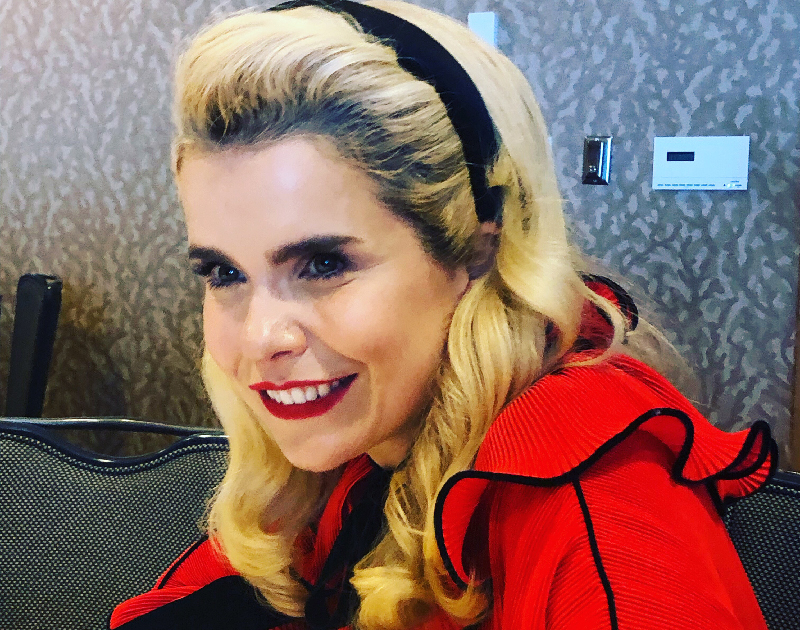 But the creators weren’t  working from a blank slate. Over the years, many a gift actor has tried on the Alfred’s tux, but Bannon had one particular Pennyworth in mind when he began crafting his caricature: Michael Caine.

“He was my favorite Alfred, I think. And he was the one that said, ‘I’ll play a butler, as long as he’s ex-SAS (Special Air Service). In this series, we examine that SAS background,” said Bannon. “Also, it’s the ‘60s, and Michael was a big famous movie star in the ‘60s. So, naturally to me it felt right.”

Research into the characters wasn’t just limited to the Batman universe. For research, the cast and crew sometimes turned to unconventional means to pull inspiration.

“We had a list of films that Danny came up that we watched and we made a few playlists,” said Bannon. “It had ‘60s stuff on there, but also had Amy Winehouse and stuff that was modern but symbolic of that time.” 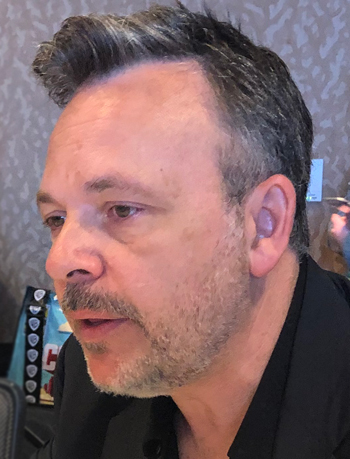 “I watched a lot of documentaries about Myra Hindley,” said Faith. “The famous Northern serial killer of children. It wasn’t my idea. It was Bruno and Danny’s idea. It was troublesome but important, because a lot of the documentaries were relatively recent and talked to the people that met her and what it was like to be around her. So, it was a great wealth of information of talking to people who were like, ‘I never would have thought she could do that.’ There are moments in the show where you just wouldn’t be think the character would be capable of doing anything horrible, so that was important. So, yeah…Myra.”

This Alfred Pennyworth is a fully realized character, not just a man who brings Bruce Wayne his dinner.

“It’s just natural that as soon as you treat him as a real character, with parents and a love life and desires and needs of his own, it creates a different character. And the central thing about Alfred as a character is that it comes out he doesn’t want to serve anyone. He doesn’t want to be a servant like his dad. He wants to be his own man,” said Heller. “And that’s the pathos of the character. He is struggling to be his own man but ends up a servant. How does that happen? That’s the art of it.”

“We stay faithful to the characters, as he is moral and upstanding, but he’s caught up in conflict as well. He deals in espionage, to that type of work forces him to make some compromises on his morals,” said Ben Aldridge who plays Thomas Wayne. “He’s not squeaky clean, in our version of Pennyworth. He appears that way at first, but then things unfold fairly quickly that forces him to do a few questionable things. But you can see the heroics to that into make up Batman.” 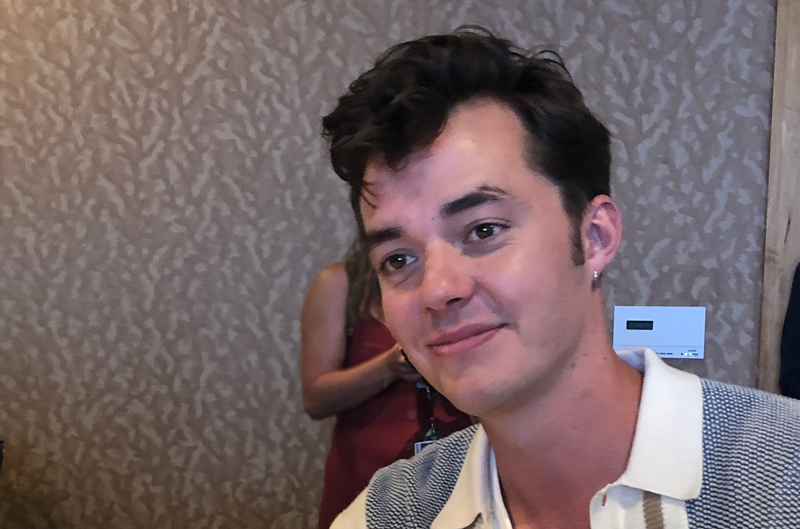 “Everyone knows that he ends up a butler,” said Heller. “So his journey there is going to be strange and difficult.” 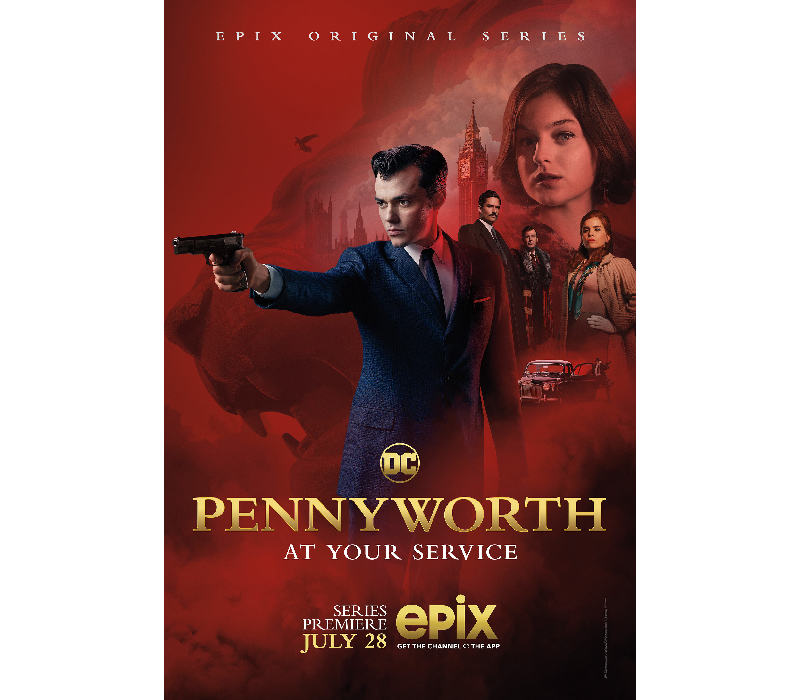