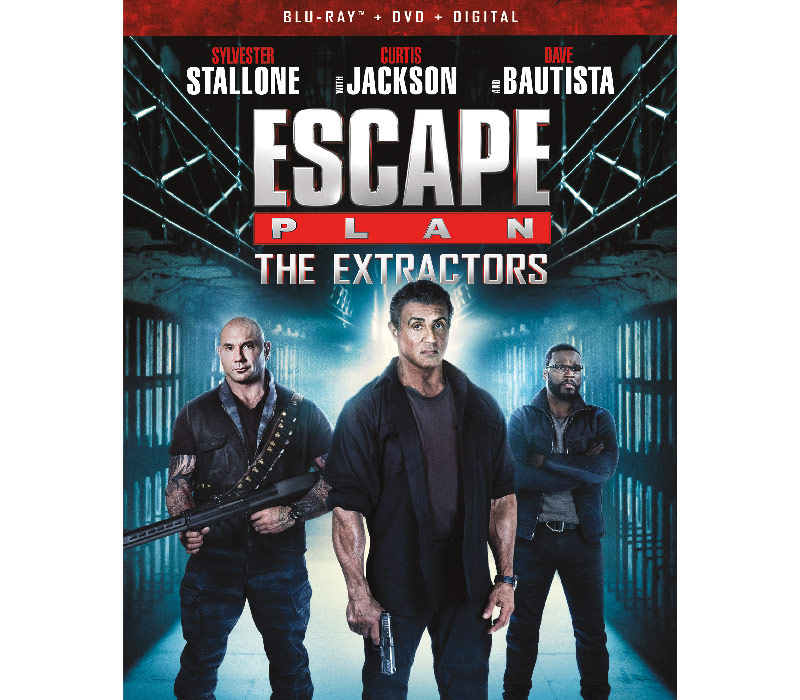 Screen legend Sylvester Stallone kicks this explosive action tale into high gear. After security expert Ray Breslin (Stallone) is hired to rescue the kidnapped daughter of a Hong Kong tech mogul from a formidable Latvian prison, Breslin’s girlfriend (Jaime King) is also captured. Now he and his team, which includes Dave Bautista and Curtis “50 Cent” Jackson, must pull off a deadly rescue mission to confront their sadistic foe and save the hostages before time runs out.

To enter, send an email with the subject header “ESCAPE PLAN” to geekcontest @ gmail dot com and answer the following question:

Stallone and Bautista both appeared in which 2017 Marvel film (though never on screen together)?