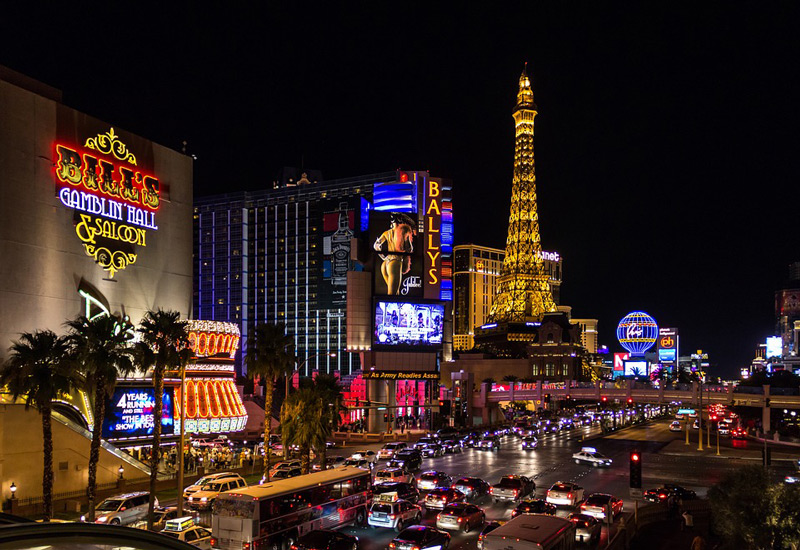 For the longest time, the world of brick-and-mortar casinos has been affecting the pop culture with its glamour, neon lights, and action-packed nightlife. Undoubtedly, one of the most influential places that matches the description is the capital of entertainment, Las Vegas.

Apart from being a sanctuary for tourists and casino enthusiasts, Sin City is also an inspiration for numerous screenwriters. While some movie directors have shot only a few scenes inside a casino, many movies revolve around the world of gambling.

Some of the best-known casino movies are ‘21’ and ‘Ocean’s 11’. However, if you think about it, both of those movies would look somewhat odd nowadays since online gambling is becoming a more popular option.

Instead of visiting casinos, many players opt for online casinos. What’s more, the money is transferred via multiple online payment methods, click here to learn more about them. These methods allow the players to buy things online or play in online casinos without having to carry any cash around.

Granted, you still have to fund these payment methods with money but seeing George Clooney carrying around a USB flash drive worth millions of dollars just doesn’t have the same effect as seeing bags and bags full of cash.

Quite often, you will also see some of the biggest Hollywood stars visiting casinos and playing a hand or two. One of the celebrities who love the excitement of poker is Ray Romano, whom you might know from the popular TV show ‘Everybody Loves Raymond’.

If you would like to learn about the movies that were inspired by the gambling industry, you can check out our piece on the best casino movies of all time and see if there’s a movie you haven’t watched yet.

Apart from affecting the movie and TV industry, the fast-paced life of casinos has been an inspiration to many musicians as well. Perhaps the most famous one of them all is Frank Sinatra who had countless hits, including ‘Luck Be a Lady Tonight’ which he dedicated to gambling and love.

What’s more, did you know that Sinatra starred in ‘Ocean’s 11’? No, not the one with Clooney, the original one from 1960 that featured Dean Martin and Sammy Davis Jr.

Furthermore, there are many other well-known songs heavily influenced by the casino industry, such as the Motorhead’s ‘Ace of Spades’, Kenny Rogers’ ‘The Gambler’, and Ray Charles’ ‘Blackjack’. Of course, the list could never be complete without mentioning Elvis Presley and ‘Viva Las Vegas’.

Not Your Everyday Read

In addition to the film and music industry, literature has also been affected by the casino fever. Fyodor Dostoyevsky, one of the most recognisable writers of all time, wrote a short novel titled ‘The Gambler’ that follows a man during the 19th century through his adventurous life centered around the roulette wheel.

What’s more, ‘21’ was based on the book written by Ben Mezrich titled ‘Bringing Down the House: The Inside Story of Six MIT Students Who Took Vegas for Million’, which is, by the way, based on a true story.

As you can see, casinos have been affecting people across multiple industries, which isn’t surprising considering that we love the excitement casinos bring. Not to mention that everyone is charmed by the chance of becoming an instant millionaire.

We’re looking forward to seeing how the gambling industry is going to change and how casinos are going to affect pop culture in the future.