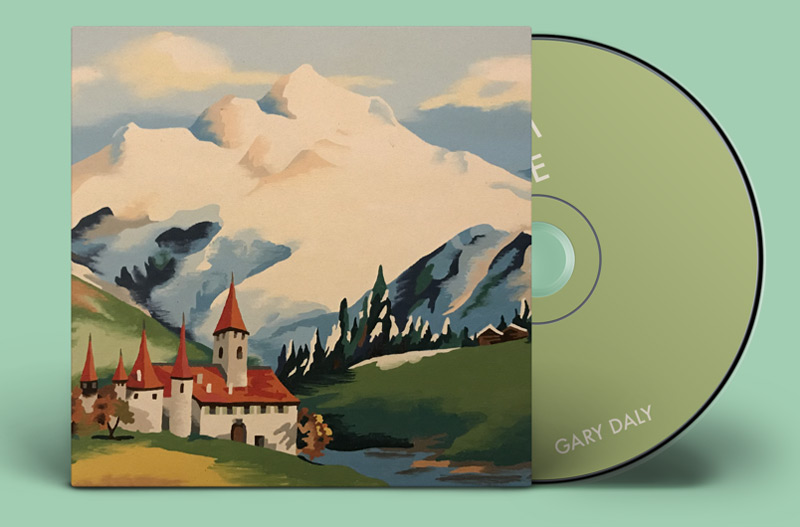 Life is filled with plenty of love and an equal amount of loss. We all will eventually fall victim to both. From birth to death, our emotions guide us through this mixed-up world. In the midst of it all, how are we supposed to express ourselves? Spread it all over social media or internalize it and deal with it in private?

When an artist faces these issues, they turn to their art in order to express their thoughts and emotions. China Crisis frontman Gary Daly has always been a very grounded and honest songwriter, but on his debut solo album, GONE FROM HERE, he has created a piece of work that is so personal and sincere that it could literally become your favorite album AND your best friend at the same time.

On this, his first full length solo album, Daly chooses not to take his work to depressing and dark places. Instead, his music is hauntingly beautiful, delicate, and melodic. The mix of electronic and acoustic instrumentation adds a warmth to the recordings. This is what some call ‘Sophisticated Pop,’ with its musical nods to classic Pop and more sophisticated Jazz-influenced acts like Steely Dan. The album is stripped of production gloss and is often minimalistic, yet it is full of charm, Pop smarts, and originality.

Some of the tracks – “In The Cloudy Domain,” “Of Make Do And Mend,” and the title track – are intimate and emotionally raw while others do recall his work with China Crisis (“Low Tide,” “I Work Alone,” and “Time It Takes”). ‘Write Your Wrongs” features a clever lyrical/musical nod to Daly’s friend and former CC producer Walter Becker (Steely Dan). “Carousel Of Stars” features a guest appearance from It’s Immaterial vocalist John Campbell, who seems to assume the same persona as the kindly narrator of that band’s hit, “Driving Away From Home,” except this time, he prefers to walk…

GONE FROM HERE is an album that embraces emotion in a very real way. It can melt and break your heart at any given time. It may not be solely about loss, but it is a theme that weaves its way throughout the album. However, it is never without hope. In fact, hope and comfort are the underlying themes of the album. Those words are never spoken – they are felt. This album serves as a reminder that for every treasured moment we leave behind, we carry a beautiful memory into the future. This is an album about Gary and his life but it is an album that speaks to us all.

GONE FROM HERE is an album that fits perfectly in the China Crisis catalog but also stands apart from it as a very personal work. This is most certainly one of the finest albums of the year.