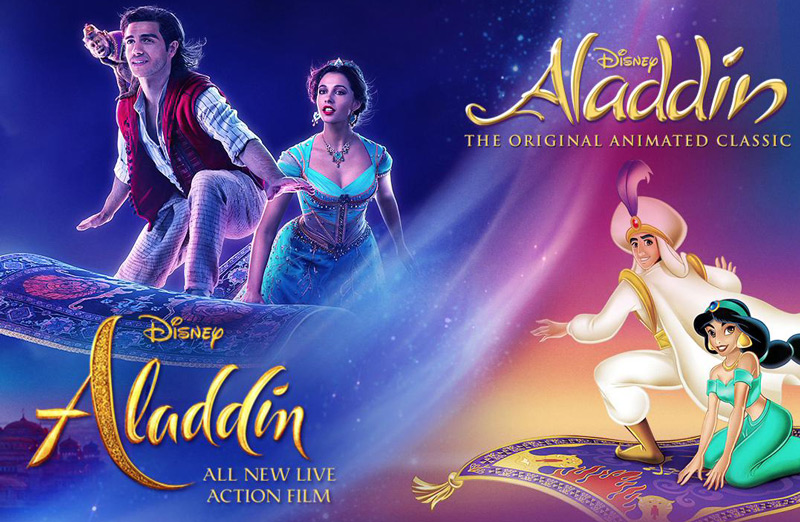 In a mythical city, Aladdin, a street-smart commoner, and clever, confident Princess Jasmine join forces against the evil sorcerer Jafar and put an end to his plans to take over the kingdom! Along the way, Aladdin learns to believe in himself with the help of a hysterically funny, shape-shifting, 10,000-year-old Genie and three wishes that change everything!

Now’s the time to experience both versions of Aladdin; the original animated version of the film, as well as the new live action version from director Guy Ritchie.  For the first time, viewers can compare and contrast the iconic performances of Robin Williams and Will Smith as the Genie!

And we’re giving away five sets to Forces of Geek readers!

To enter, send an email with the subject header “ALADDINS” to geekcontest @ gmail dot com and answer the following question:

Who is the only actor to appear in both versions?