For most lottery players, the identity of the numbers they select will typically have a special place in their heart. They could be linked to birthdays, house addresses, lucky digits or any other personal reasons for marking said numbers on your gamecard. Of course, others don’t utilize such sentimental tactics and simply opt for the ‘lucky dip’ approach.

However, what would happen if we analyzed the pop culture world in an attempt to unearth those jackpot-winning numbers?

According to a list of famous winning lottery numbers, many players have used the mysterious sequence of numbers from the TV series, Lost, as inspiration for their lotto picks.

You remember Lost, right? The noughties drama where a cast of plane crash survivors (or are they?) have to try and live a new life on an island manned by polar bears, bandits and weird hatches in the ground.

With six seasons and more than 120 episodes, Lost wasn’t everybody’s cup of tea, but it did have a ravenous fanbase who lapped up every tiny morsel of the ABC series.

And that included the sequence of numbers 4, 8, 15, 16, 23 and 42. They were a recurring theme throughout the show, but what exactly did they mean?

Without dipping into any spoilers, their importance became known later in the series. And guess what? Lost enthusiasts across the globe adopted them as their weekly lotto numbers too.

You may not recall the 2003 movie, Paycheck, starring Ben Affleck, Uma Thurman and a host of other Hollywood big hitters. It was critically panned upon release, with Affleck even ‘winning’ the Golden Raspberry Award for Worst Actor for his troubles. 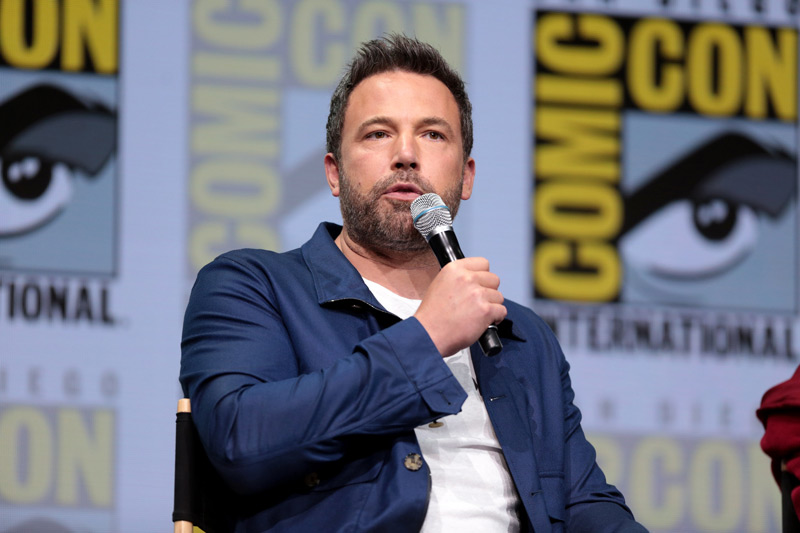 This science-fiction flick focused on Affleck’s character, an engineer who was able to recreate the tech of his employer’s competitors to give them an advantage. Sadly, to protect his work, the former Batman star’s character then had to undergo a memory wipe so that he couldn’t be held hostage and give the game away.

Later, he would start to leave himself a few breadcrumbs from the future to discover after his memories were destroyed, and in a neat pay-off – SPOILER ALERT – one such notion was the winning lottery numbers of the future: 17, 44, 4, 26, 37, 70 and 22.

Could Affleck help you win the lottery too with those digits?

It Really Could Happen to You

While not vintage Nicholas Cage, It Could Happen to You was a movie symptomatic of the mid-90s with its tropes of moralistic sentiment: good-and-evil and against-all-odds romance.

Based on a true story, the 1994 outing sees Cage play a New York cop who, on one of his trademark coffee breaks, stops off in his favorite diner. Bridget Fonda plays the down-on-her-luck waitress trapped in a loveless marriage with mounting debt.

When Cage realizes he doesn’t have enough cash to pay a tip (in the days before contactless card payments), he tells Fonda’s character that he will share his winnings with her should he win that night’s lottery.

Because this is Hollywood and contract law isn’t a thing, Cage is true to his word and after scooping the jackpot, hands Fonda half his new $4 million fortune.

That sets forth the convolute second and third acts of the movie, and while Cage fans will barely recognize the pushover they see on screen, they might just want to make a note of those winning lottery numbers: 6, 12, 16, 26, 64, 8.

Who knows? Maybe one day your favorite movies and TV series might deliver a huge lotto win to your door!