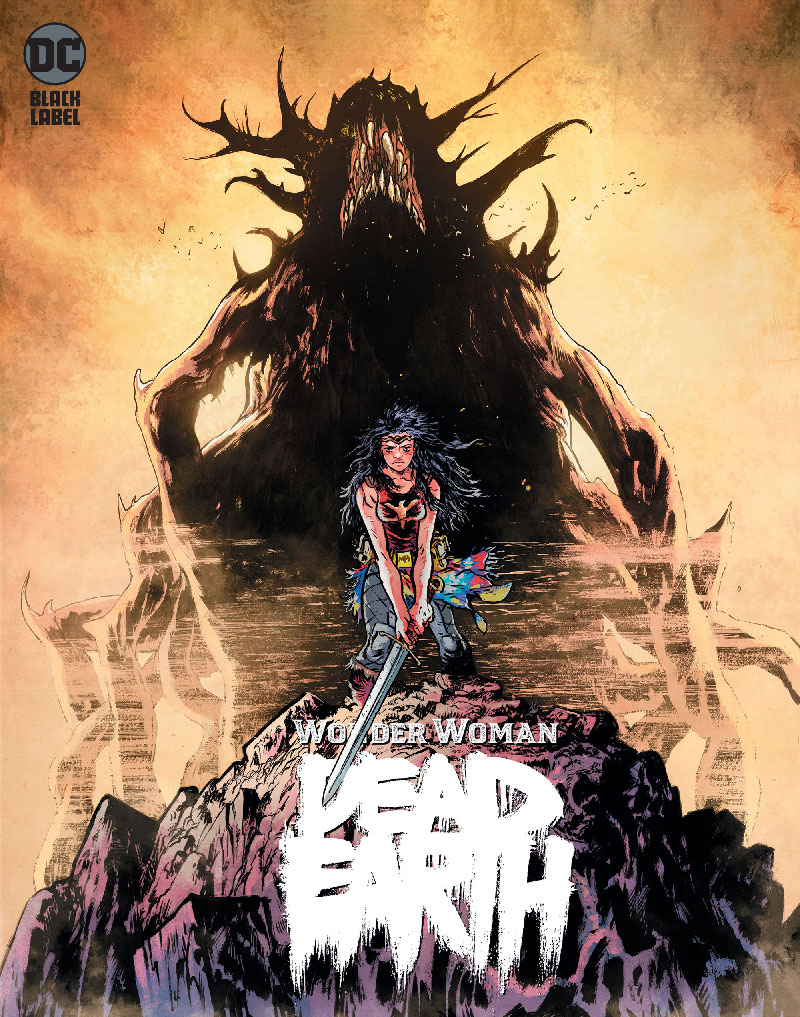 The celebrated creator of Murder Falcon and Extremity and artist of The Ghost Fleet, Daniel Warren Johnson, brings bold sci-fi chops to his DC debut, Wonder Woman: Dead Earth, a harrowing vision of Wonder Woman unlike anything you’ve ever seen in a new, four-issue DC Black Label series.

Princess Diana of Themyscira left paradise to save Man’s World from itself. When Wonder Woman awakens from a centuries-long sleep to discover the Earth reduced to a nuclear wasteland, she knows she failed. The world is destroyed. Earth’s  heroes have failed. Trapped alone in a grim future, Diana must protect the last human city from titanic monsters that have taken over the Earth while uncovering the secret of this dead Earth—and how she may be responsible for it.

Wonder Woman: Dead Earth, written and drawn by Daniel Warren Johnson with colors by Mike Spicer, is a four-part 48-page prestige format series that will debut December 18th, 2019, releasing every other month following. Johnson and Spicer will also provide covers and variant covers for each issue. Wonder Woman: Dead Earth will carry DC’s Black Label content descriptor (for mature readers) and will retail for $6.99.

For the latest information on the World’s Greatest Super Heroes,
visit the DC website at www.dccomics.com, the DC YouTube channel,
or follow @DCComics on social media.