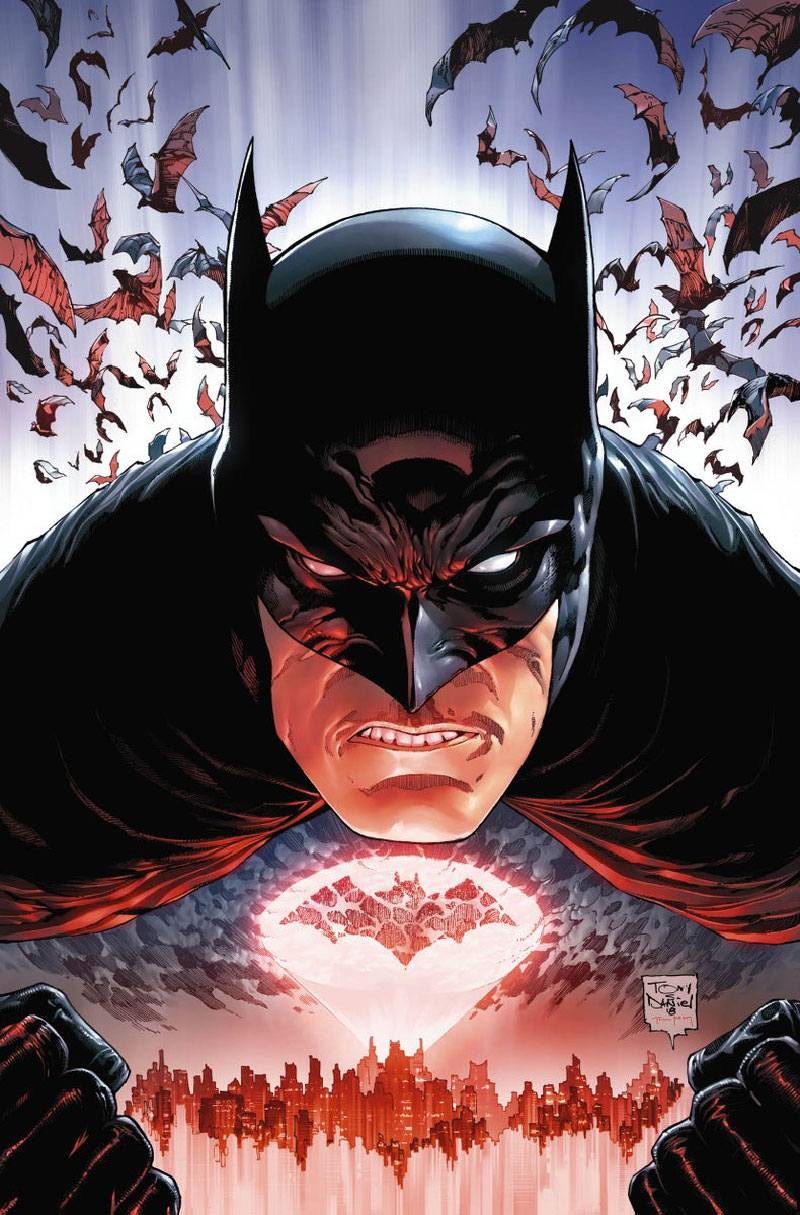 This past Saturday, all of the excitement and celebration surrounding Batman Day and the Dark Knight’s 80th anniversary received an added boost of adrenaline as a new creative team was announced for DC’s bestselling Batman comic book.

Tynion is no stranger to the world of the Dark Knight, having thrilled fans with his work on series such as Detective Comics, Batman Eternal, in addition to Batman and Robin Eternal, and is eager to continue in the tradition of great modern Batman storytellers like Scott Snyder and Tom King.

“I loved writing stories for [Batman] Eternal, Detective Comics, and even Batman/Teenage Mutant Ninja Turtles, but my desire to tell a Batman story, one focusing solely on Bruce Wayne instead of an ensemble, is what drove me back to the Batcave,” said Tynion. “I want to dig deep into the Bat himself and tell an epic story that pushes him to his absolute limits. I want to tell a Batman story like the kinds I grew up loving, one that embraces the horror and gothic elegance of Gotham and dives deep into Batman’s greatest villains.”

For the last ten years, penciler Daniel and colorist Morey have been a formidable art team, especially when it comes to Batman. The team launched the “City of Bane” story arc with writer Tom King, which concludes in December.

“I’ve been fortunate to have contributed quite a bit of my work to Batman over the last twelve years, from working with Grant Morrison on Batman R.I.P. to writing Batman myself to working with Tom King over the last year,” said Daniel. “Each run was amazing and special in its own way. I’m super excited to work with James Tynion IV, and I’m even more excited about what we have in store for Bat-fans everywhere this January.”

“I am very excited about this new stage for Batman and about being able to work with the entire creative team,” said Morey. “Tony manages to create iconic images of Batman that, along with Danny’s inks, will remain memorable to fans everywhere, and I can’t wait to work on stories with James. It’s a great challenge to live up to so much talent, but great motivation, too!”

“I’m totally excited about reuniting with Tony Daniel and Tomeu Morey,” added Miki. “I’m looking forward to returning to Gotham after Batman stories such as Zero Year, Endgame, All-Star Batman, I Am Bane, and others. Getting to work on Batman with along with Tony, Tomeu, and James is going to be a great ride! Gotham City is my home and it’s good to be home.”

For the latest information on the World’s Greatest Super Heroes, visit the DC website at www.dccomics.com or the DC YouTube channel, or follow @DCComics on social media.