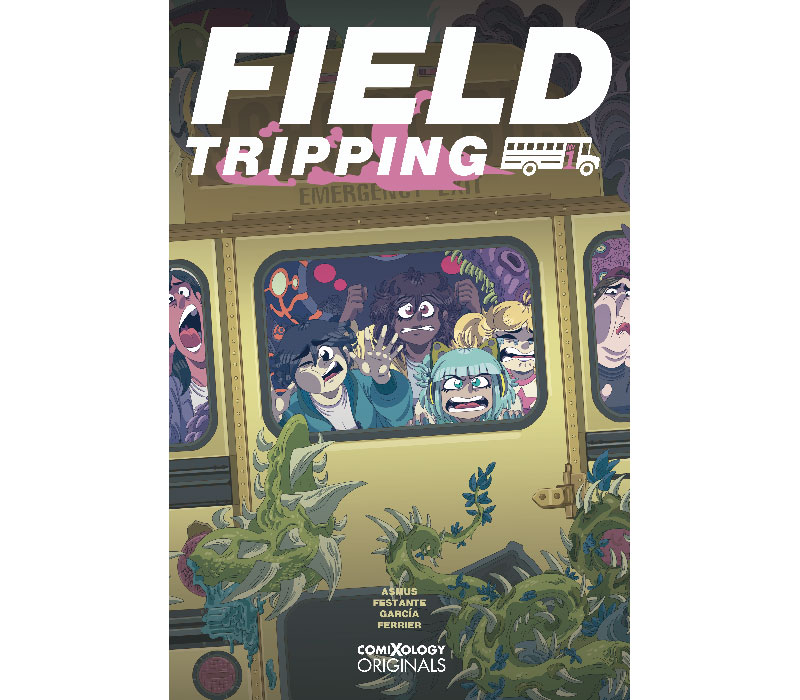 ComiXology, Amazon’s premier digital comics service announces Field Tripping an all-new, creator owned mini-series by co-writers James Asmus and Jim Festante with art by José García and letters by Ryan Ferrier. This world-spanning, all-ages 5-issue comic book series is part of the comiXology Originals line of exclusive content. The debut issue of Field Tripping is available to read on September 11th at no additional cost for members of Amazon Prime via their Prime Reading benefit, Kindle Unlimited and comiXology Unlimited, and for purchase on Kindle and comiXology.

When a flighty teacher with a mysterious bus takes her young students on field trips into parallel dimensions to illustrate different lessons, she fails to realize that it’s a horribly dangerous idea and that children break everything they touch. The machine breaks and leaves them stranded, jumping between bizarre worlds but never seemingly able to go back to their own.

Seven years in the future the surviving kids are now teenagers – wildly transformed by the worlds they’ve visited but seemingly unable to grow up and take responsibility for themselves. That is, until a surprise vendetta upends their routine and forces the kids to step up and act like adults for the first time. 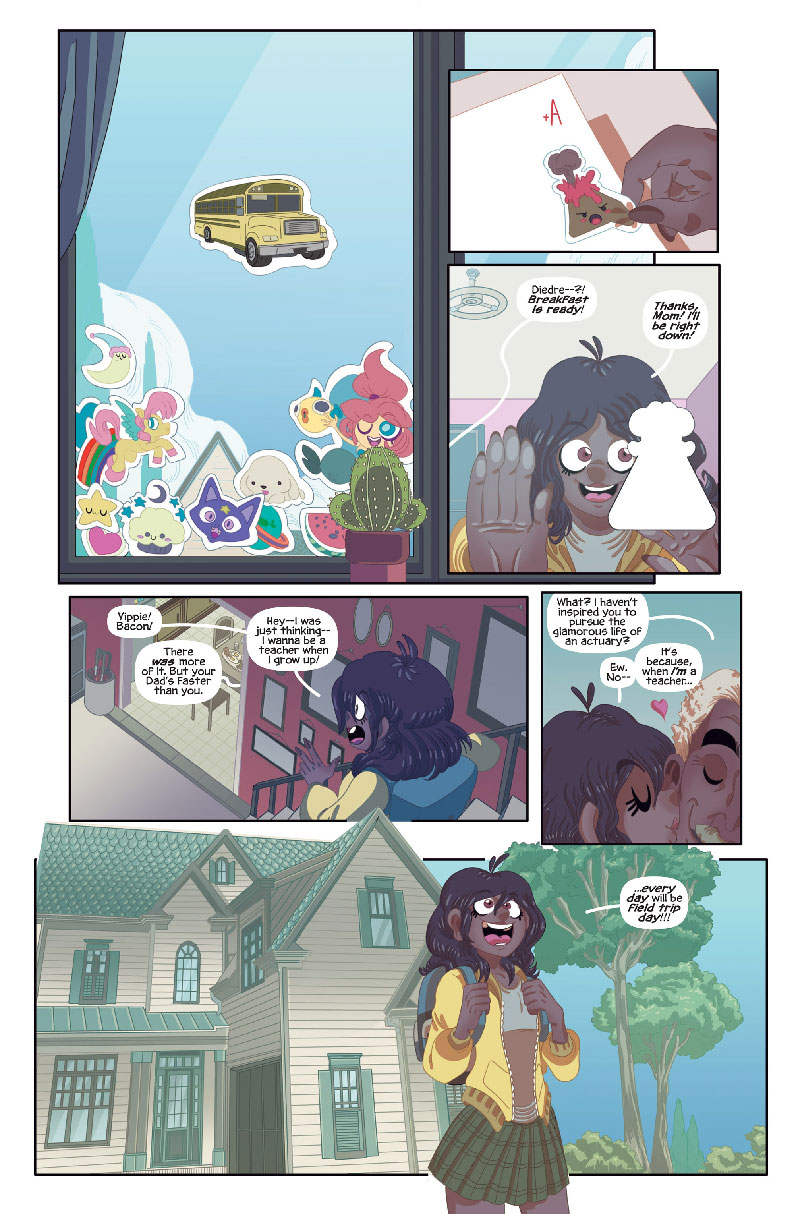 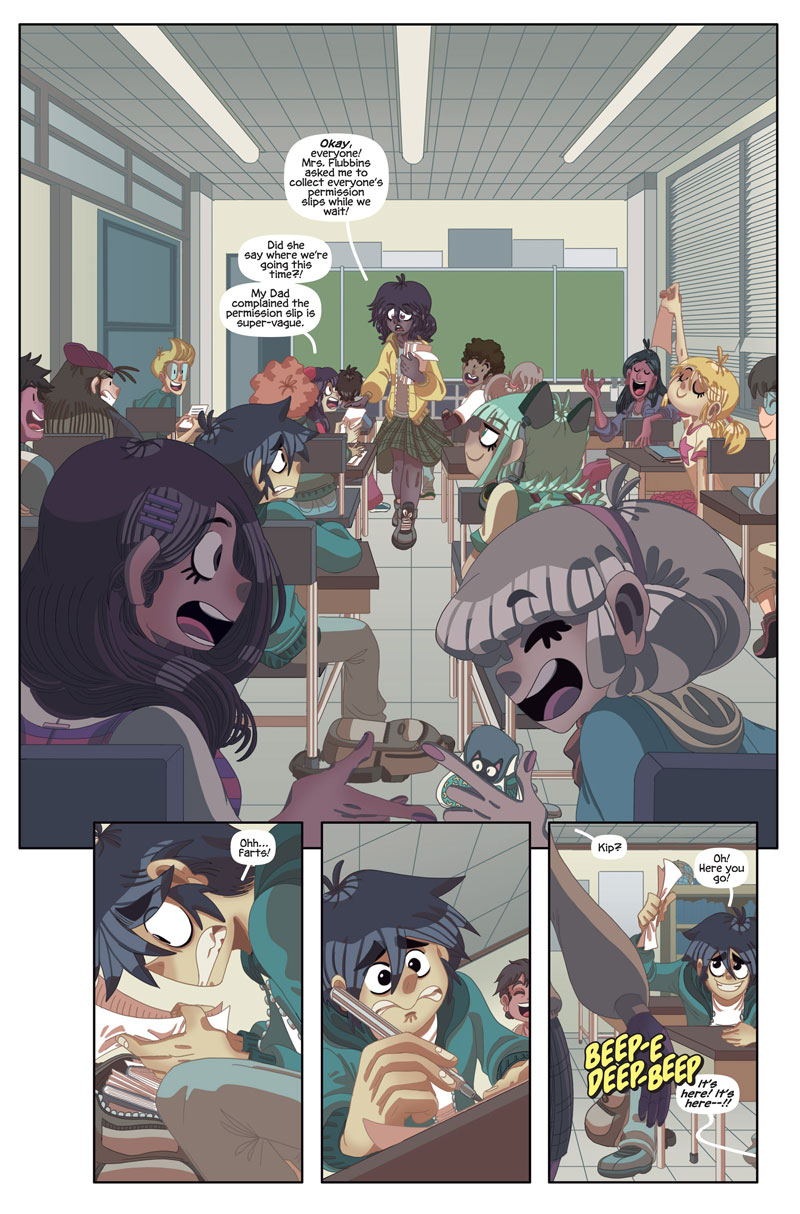 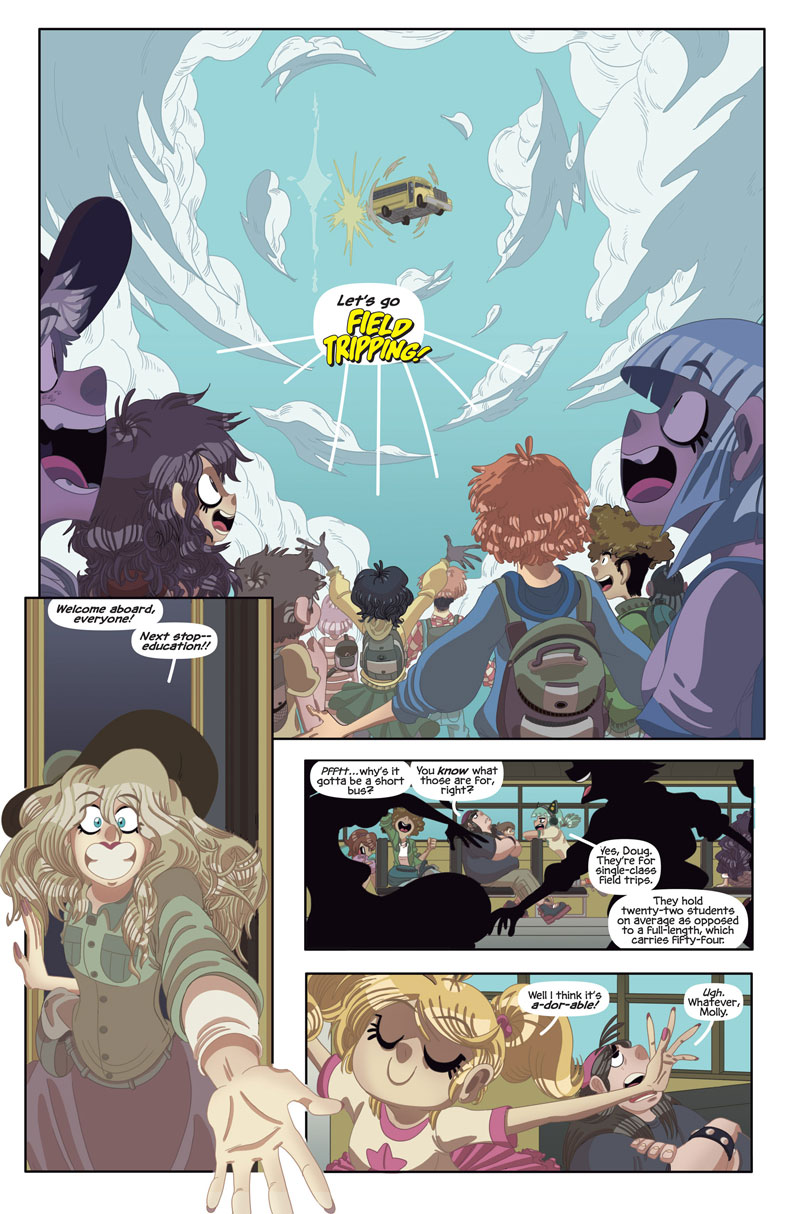 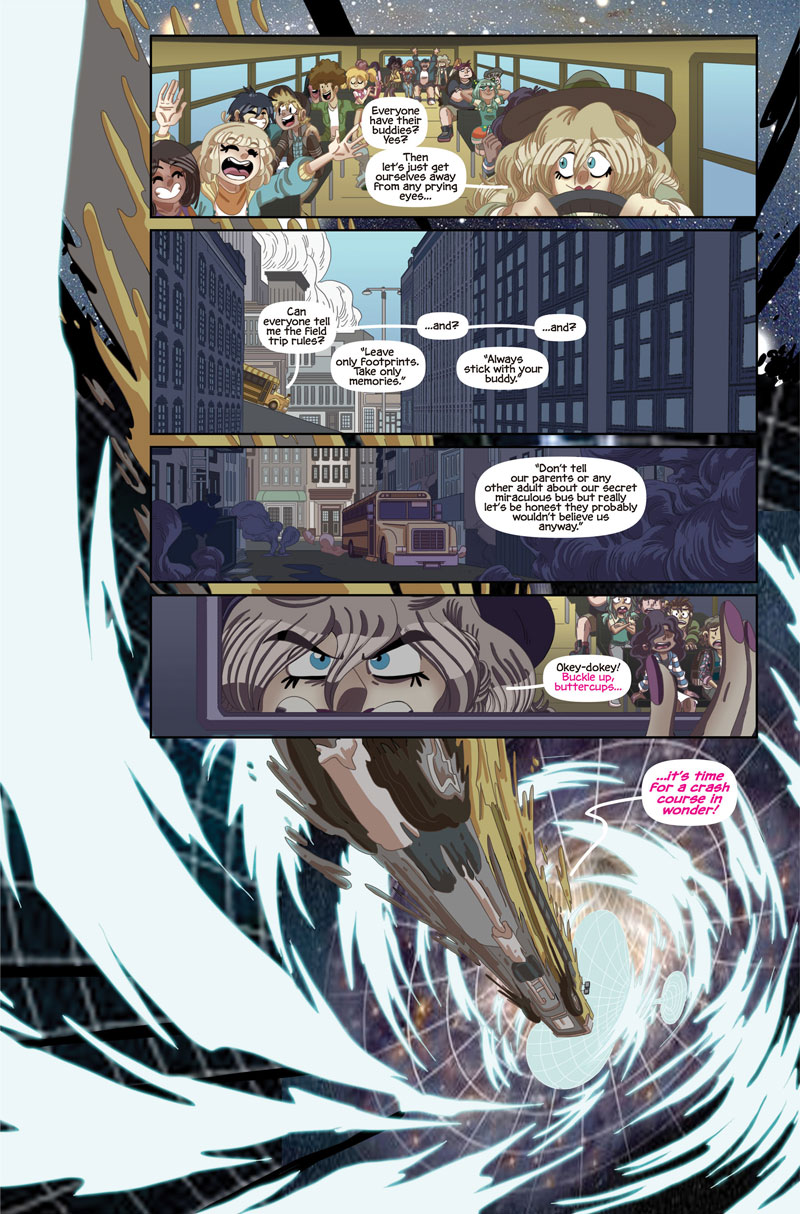 “Field Tripping is a candy-coated sugar-rush of innocent kids’ cartoons shoved into an adrenaline and anxiety-fueled life and death bender across everything your childhood self feared and fantasized about,” says writer James Asmus. “Space, unicorns, alternate dimensions, labyrinths, pirates, ghosts, crushes – it’s a world where anything is possible and everything is terrifying. Just like actual middle school.”

Asmus and Festante have worked together in numerous mediums, including comics like The End Times of Bram & Ben, and Rick and Morty Presents Mr. Meeseeks, animation development for Stoopid Buddy and Flying Rock Entertainment, and improv performances in Los Angeles and Las Vegas.

“The story involves a lot of jumping between dimensions, so it gives a lot of opportunity to see brand new worlds and explore some really wacky ideas,” says artist José García. “The art is super detailed and colorful so even if you only see just one glimpse of the world, looking at the details of the environment, the clothing and design of the characters in it, you know there’s so much story behind it.”

Field Tripping is a coming of age story full of nostalgia, heartfelt moments and characters with unique personalities that readers can empathize with, including the most carefree and the grumpiest of them all. So, buckle up and get ready to head back to school!

For more updates on comiXology Originals,
check out https://comixologyoriginals.com