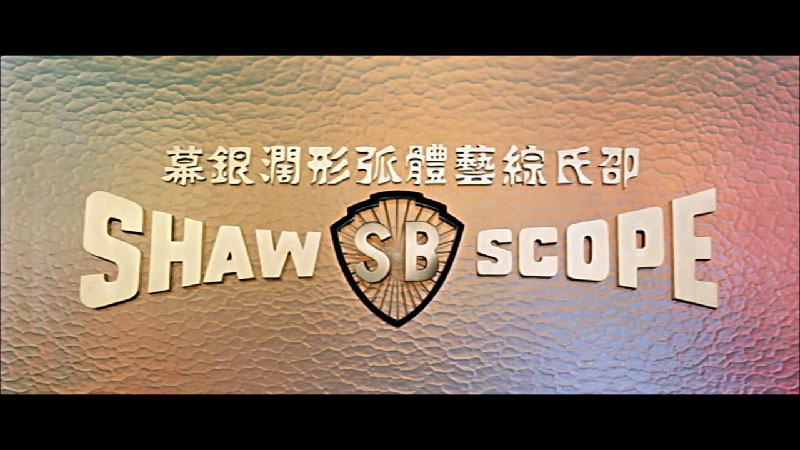 To fans of martial arts cinema, a drumroll followed by a fanfare of trumpets is synonymous with a certain stamp of quality action filmmaking. With their iconic branding and cutthroat business practices, Shaw Brothers Studios become pioneers of Hong Kong cinema from the late 60s to the early 80s. Their penchant for high octane melodrama, lush set design, and (sometimes) copious amounts of graphic violence set a new template for what action films could be, inspiring everyone from Quentin Tarantino to RZA.

However, with their massive library of hundreds of movies over several decades, it can be overwhelming to find a place to start. To help on this journey, here’s an eclectic slice of their output to get you on your way:


Whereas the bulk of the studio’s output focused on male protagonists and masculine codes of honor, arguably one of the biggest hits they ever had went the opposite direction, focusing on a female swordswoman, Golden Swallow (Cheng Pei-Pei). This film set the template for the modern “wuxia” genre, tales of chivalrous knights roaming the country to fight injustice. In between the violent, yet graceful action sequences, Hu embellishes this classical tale of knights on a quest with musical numbers and quirky characters, such as Drunken Knight (Elliot Ngok).

Hu’s staging of elaborate set pieces, such as sprawling inns and temples, displays his knack for getting the most out of his locations. Whereas many Shaw Bros films are known for their uses of sets, Hu makes us believe that we’re in another world entirely, a world of fantasy and endless possibilities.


In stark contrast to Hu, director Chang Cheh, undoubtedly the studio’s most prolific director, was enraptured by the inner turmoil of men. On an aesthetic level, his films are characterized by their blistering violence that is aided by very minimalistic camerawork, content to focus on two lone fighters sparring and letting their fists speak for themselves. Thematically, Cheh was interested in the at once necessary codes of loyalty and honor among warriors, yet strangling nature of these bonds that ultimately lead to bloodshed and loss. Through his many collaborations with actors Ti Lung and David Chiang (leading to the trio being dubbed “The Iron Triangle”), Cheh established himself as powerhouse of the Shaw stable, and The Duel is arguably the trio’s best work. Lung and Chiang, who were good friends in real life, have terrific chemistry on-screen as a pair of reluctant allies who constantly have one knife at their enemies’ throats and the other pointed squarely at each other’s backs as they hack and slash their way toward revenge and redemption. There’s a not so subtle homoeroticism to its all and the finale, with its final shot of the doomed heroes in the rain, speaks for itself.


Despite the title likely appealing to your more childish sense of humor, Lau Kar Leung’s kung fu buddy comedy strikes a perfect balance between physical comedy and balls to the wall action choreography. Keung, who came up in the studio as a fight choreographer on many of Chang Cheh’s films, stepped into the director’s chair in the mid 70s with the confidence of a seasoned filmmaker, delivering fight scenes that flow more like elaborate dance numbers than violent brawls.

In that sense, Keung was more akin to Hu than Chang, though embellishing many of Hu’s more dramatic tendencies with healthy helpings of comedy. Leung’s many collaborations with Gordon Liu (aka Pai Mei from Kill Bill) established the duo as one of the studio’s top talents. Gordon Liu’s expressiveness makes him perfect for the pratfalls and slapstick that punctuate Keung’s stories.


The studio may be best known for their action output, but they also had forays into other genres, most notably horror. Hong Kong horror generally focused on Chinese black magic and the occult, frequently involving hapless modern protagonists stumbling upon ancient curses or rituals and in getting way over their head. The Oily Maniac plays out like a Hong Kong version of The Toxic Avenger, telling the story of a nebbish desk drone who, through a ritual, can turn himself into a monster by dunking himself in oil.

As ludicrous as the set-up sounds, there is something to be said with how the film plays on these powers, frequently setting up situations in which the hero has to dive headfirst into oil barrels in order to activate his powers. Once the monster is on screen, all hell breaks loose and you get really see what a classic Western monster movie can look like when filtered through a distinctly Eastern lens. Like most films of its ilk, things can never end well for anyone involved by the climax, but it’s a damn fun ride along the way.


By the early 80s, the studio was ultimately on its last legs. While their period action dramas and bizarre horror tales had butts glued to the seats for nearly two decades, the rise of the likes of John Woo and Tusi Hark heralded a new generation of filmmakers that would push the old guard out. Struggling to reach the oh so coveted youth audience, Shaw Brothers tried to merge the new and the old, resulting in 1983’s The Lady is the Boss. Infusing 80s Cantopop and old school kung fu was more than just an aesthetic choice, it’s also a thematic one.

The narrative pits Leung’s (who stars in the film) old school kung fu teacher against Kara Hui’s fresh from America…kung fu valley girl. It’s a battle of generations as the two argue over how to run the martial arts school with the students caught in the middle. It almost feels at times like Keung is reflecting on his own position within cinema, as an aging member of an old guard and how these “young kids” will respect what he and his contemporaries brought onto the scene. If you ever wanted to see BMX kung fu or old kung fu masters dance to disco, this one well worth checking out.