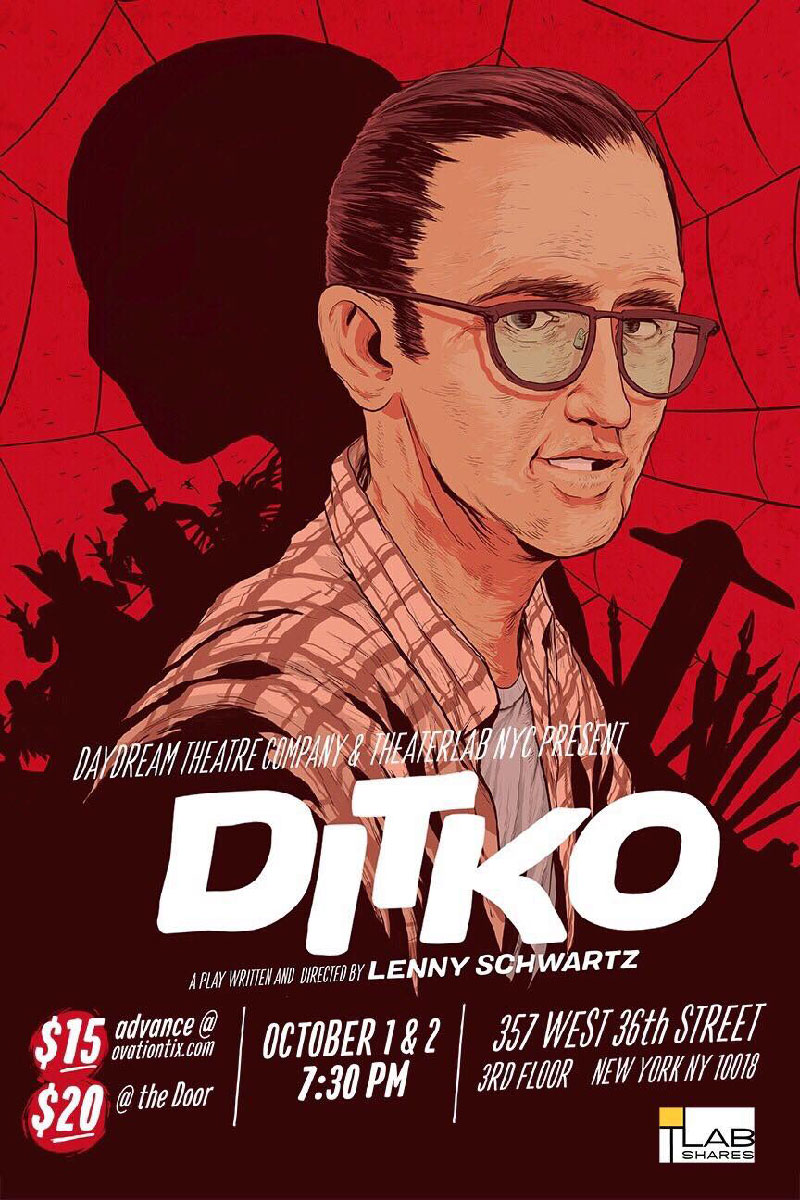 Forces of Geek’s very own Lenny Schwartz is the writer and director of DITKO, an original play about Steve Ditko, the co-creator of Spider-Man and Doctor Strange, which makes it’s New York City debut tonight and tomorrow night (October 1 & 2nd 2019), just in time for New York Comic-Con!