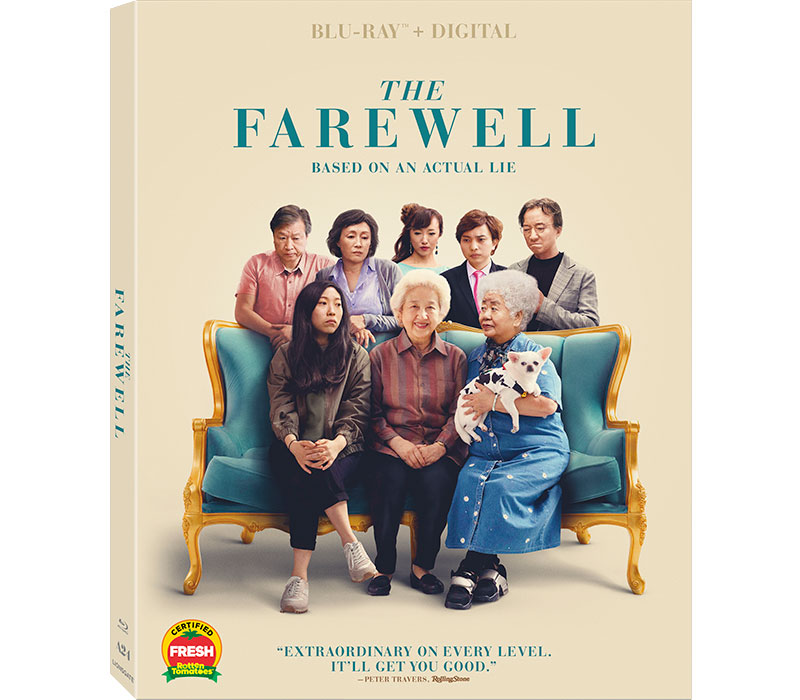 A heartfelt, moving film based on an actual lie comes home when The Farewell arrives on Digital October 29 from A24, and on Blu-ray (plus Digital) and DVD from Lionsgate and On Demand from A24 on November 12.

After learning that her family’s beloved matriarch, Nai Nai, has been given mere weeks to live, Chinese-born, U.S.-raised Billi returns to Changchun to ﬁnd that her family has decided to keep the news from Nai Nai. While the family gathers under the joyful guise of an expedited wedding, Billi rediscovers the country she left as a child, and is forever changed by her grandmother’s wondrous spirit, in this richly moving story of how family can unite and strengthen us — often in spite of ourselves.

Written and directed by Lulu Wang (Posthumous), based on her real-life experiences, the film is “extraordinary on every level” (Peter Travers, Rolling Stone). Featuring an excellent ensemble cast, The Farewell stars Awkwafina (Crazy Rich Asians, Ocean’s Eight, “Tawk”), Tzi Ma ( “Silicon Valley,” “Veep,” Skyscraper), and Diana Lin (“The Family Law,” Australia Day). The special features include two featurettes, deleted scenes, and an audio commentary with writer-director Lulu Wang and cinematographer Anna Franquesa-Solano. The Farewell will be available on Blu-ray and DVD for the suggested retail price of $24.99 and $19.98, respectively.