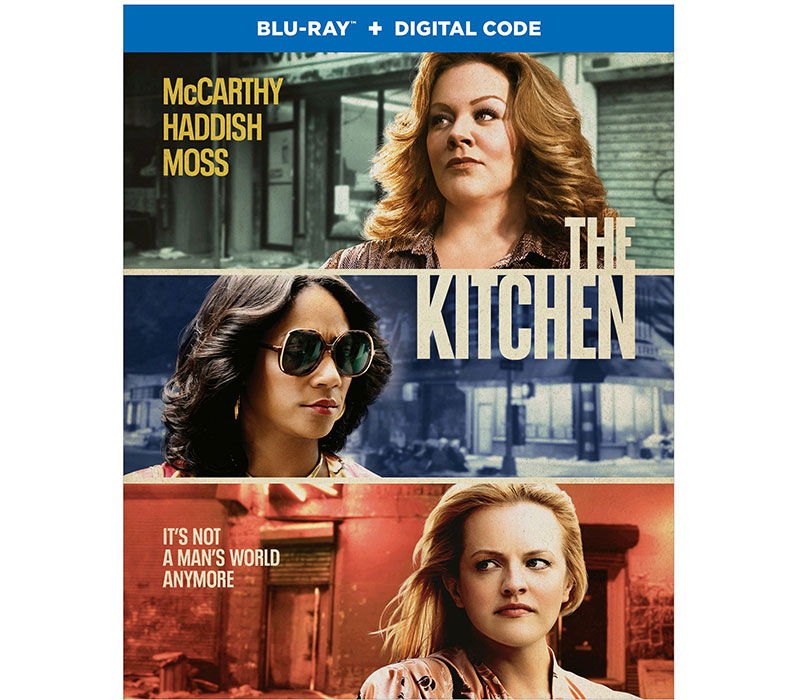 They’re taking control of Hell’s Kitchen when “The Kitchen” arrives on Blu-ray, DVD and Digital. From New Line Cinema and BRON Creative come the gritty, female-driven mob drama “The Kitchen,” written and directed by Andrea Berloff, who was nominated for an Oscar for Original Screenplay for “Straight Outta Compton.” Based on the Vertigo comic book series from DC Entertainment, the film stars Oscar nominee Melissa McCarthy (“Bridesmaids,” “Tammy”), Tiffany Haddish (“Girls Trip,” “Night School”) and Elisabeth Moss (TV’s “The Handmaid’s Tale,” TV’s “Mad Men”) as three 1978 Hell’s Kitchen housewives whose mobster husbands are sent to prison by the FBI.

Between 8th Ave. and the Hudson River, the Irish mafia runs 20 blocks of a tough New York City neighborhood known as Hell’s Kitchen. But for mob wives Kathy (McCarthy), Ruby (Haddish) and Claire (Moss), things are about to take a dramatic and radical turn. When the FBI sends their husbands to prison, the three women take business into their own hands by running the rackets and taking out the competition.

Fans can also own “The Kitchen” via purchase from digital retailers beginning October 22.