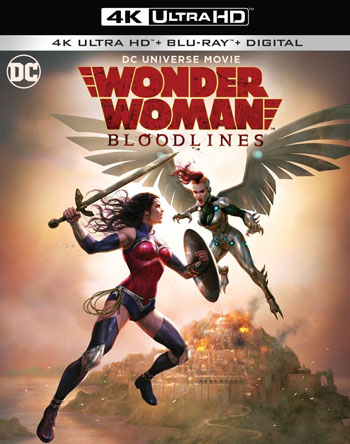 In the interest of full disclosure it’s important for me to say I don’t really follow the animated DC cinematic universe so understand that before you read the rest of this.

Who is this movie for? I don’t really know.

If it is for fans of the DC universe did we really need a 15 minute Wonder Woman origin story in an 84 minute movie?

If it’s for young fans who don’t know Wonder Woman then that makes a little bit of sense, but I didn’t get the feeling that it was.

There are some pretty severe tonal issues with the story. The overarching theme is a story of family loss and redemption. Pretty standard stuff. However the execution is really strange. There are some horribly forced jokes throughout the first two acts. They are bad.

The dialogue is super formal with Diana’s upbringing as daughter of the queen. The jokes don’t fit at all. They are super awkward. It was almost like the were channeling Archer without the camp. Not good.

I love Etta Candy framed as an LGBTQ+ woman of color, but was packing all the diversity in the film into one character the best choice?

There are plenty of characters with voice in this film and they could have made more than a head nod towards diversity.

The story itself is pretty formulaic.

Family strife leads to pain and loss. Pain and loss turn to anger. Anger leads to suffering. Suffering leads to bad decision making. You mix in some evil exploitative characters and voila, you have a pretty decent super hero plot.

Unfortunately the execution leaves a lot to be desired. The first two thirds of the movie are so stiff even some pretty decent action sequences can’t save them.

Act three on the other hand is much much better. The action is excellent.

That, I think, is the takeaway from this review. The action is really good. The animation is well drawn, fluidly executed and super enjoyable. There is a real feeling that Diana and Steve are in peril and it is well woven into the arc of redemption required for this type of plot.

I you love animation, the DC universe and Wonder Woman this is totally worth watching. If you are just a casual fan, I’d say skip it. It isn’t worth the time investment.