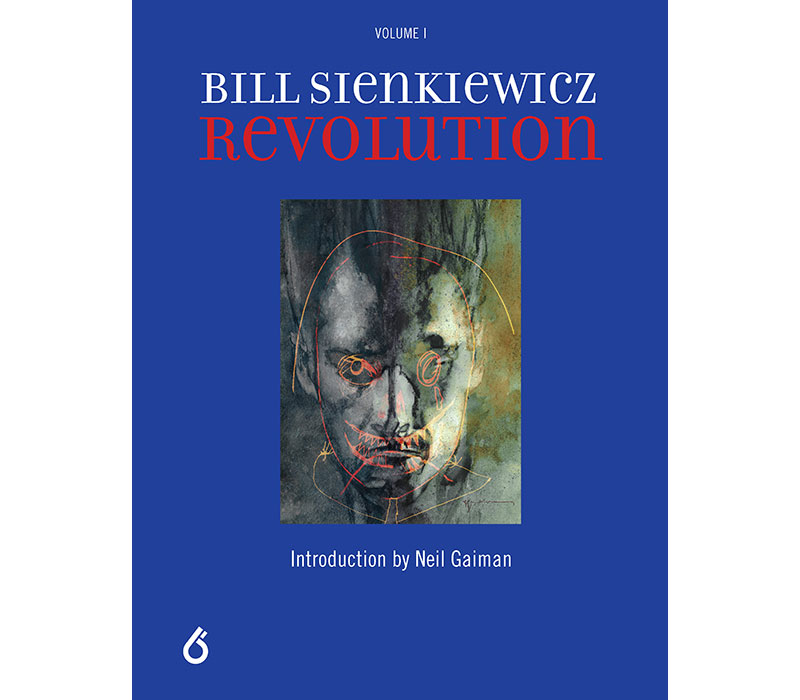 The name Bill Sienkiewicz is synonymous with groundbreaking illustration. A classically trained painter, Sienkiewicz’s art incorporates abstract and expressionist influences and combines oil painting, acrylics, watercolor, mixed media, collage, and mimeograph. It is in no way overstating things to say that when Sienkiewicz made his debut in 1979 as a comic book artist drawing Marvel’s Moon Knight that there had never been another comic artist like him.

For four decades, Sienkiewicz’s style and storytelling have pushed against the preconceptions of the comic book medium, in the pages of comics like Stray Toasters, The New Mutants and Elektra: Assassin and on the iconic covers of Sandman, Daredevil, Dazzler, and more.

Sienkiewicz’s art has been exhibited at the National Museum of Fine Arts in Rio de Janeiro, Brazil and art galleries in Paris, Barcelona, and Tuscany. He’s created iconic album art for the RZA’s Bobby Digital and E.P.M.D’s Business As Usual and the popular game Resident Evil. His artwork has been central to advertising campaigns for Nike, MTV, Nissan, and the 2006 Winter Olympics, and he’s provided storyboards for dozens of Hollywood films. It is a career breathtaking in its scope and diversity. 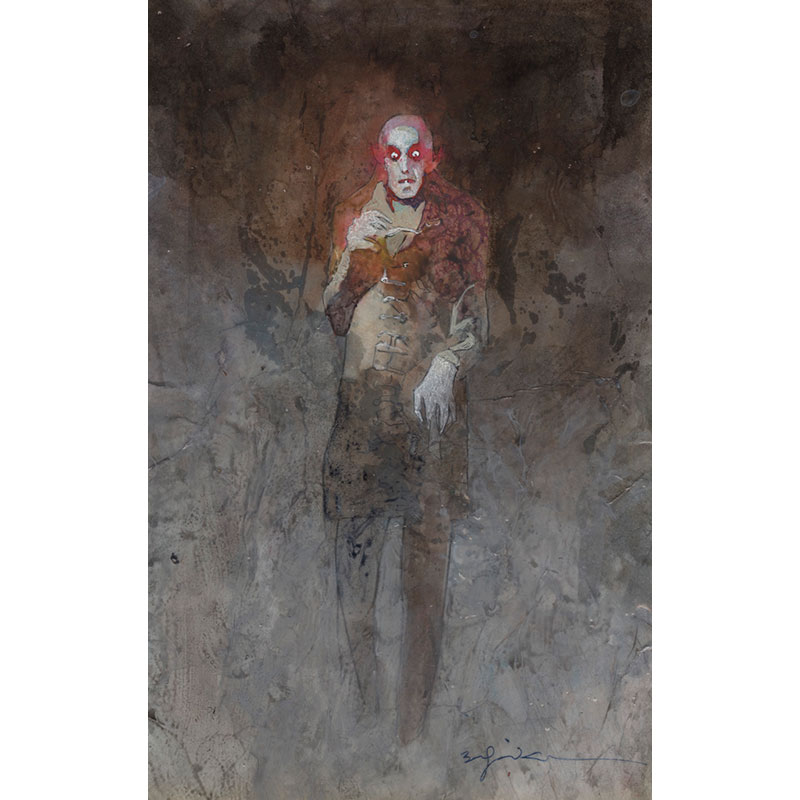 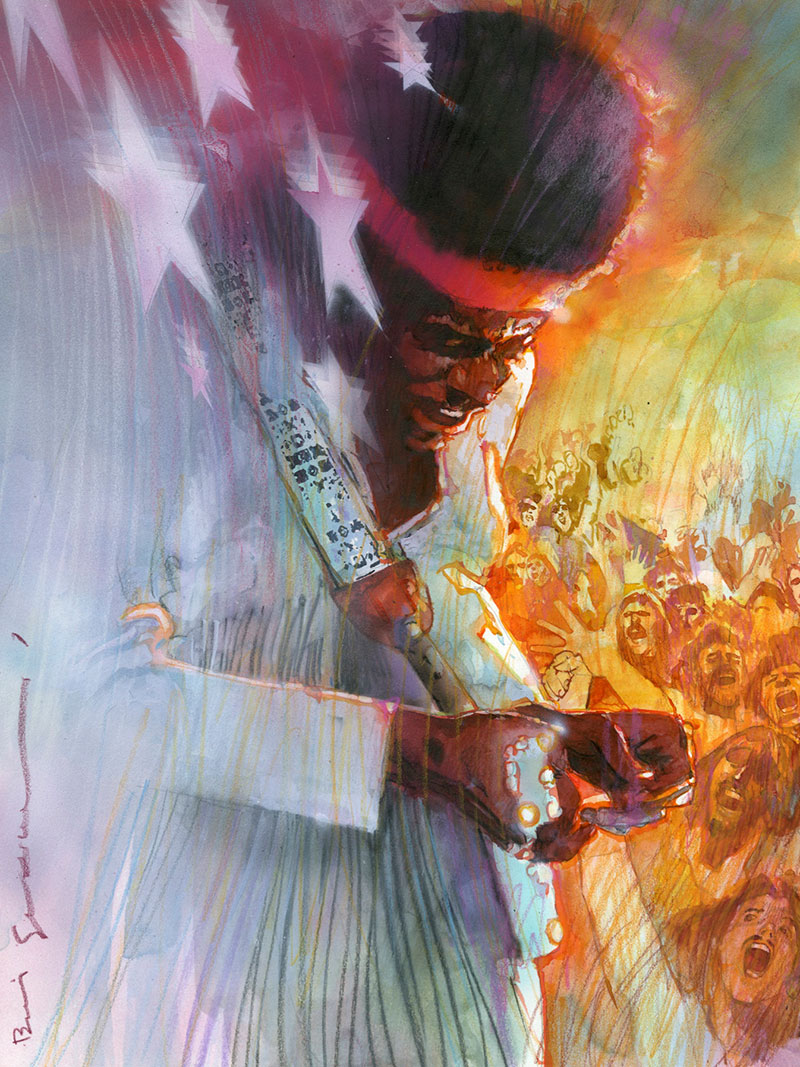 “Bill Sienkiewicz is a great comic book artist and a great artist, period,” writes Ben Davis. “He’s both mastered the visual storytelling of costumed heroics and hatched works of the most singularly weird, personal, and tough-to-categorize kind. Sometimes Sienkiewicz has actually done both at once—which in my opinion is what makes him really great. Just exactly how he’s pulled off this trick is what we try to show in this book, so I hope the result has something new to offer art snobs and superfans alike.” 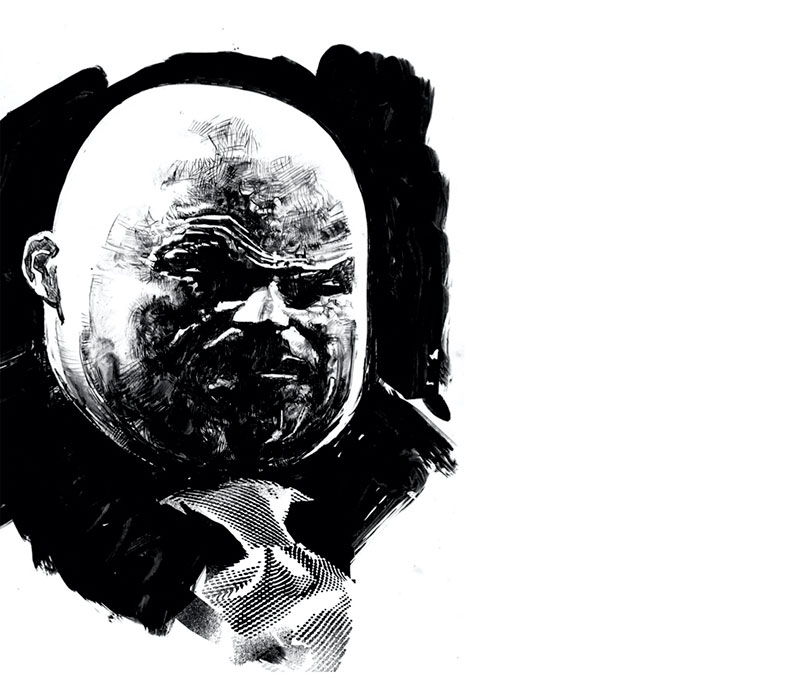 Also available November 5th from Six Foot Press is a Limited Edition format that is numbered and signed by Sienkiewicz, limited to 1,000 copies and retailing for $350.00. The Limited Edition includes a fabric-wrapped clamshell box containing a collection of 40 individual deluxe reproductions of previously unpublished paintings, drawings, sketches, and mixed media works from four decades of Sienkiewicz’s notebooks and personal collection, as well as other private collections.

“Bill’s work has served to revolutionize the comic book industry. But he is a fine artist whose experimental techniques and unusual mixing of mediums deserve serious consideration by the larger art world,” said Charles Kim, Publisher of Six Foot Press and former Associate Publisher of The Museum of Modern Art in New York. “This three-volume series will give us the chance to explore his output from a new perspective.” 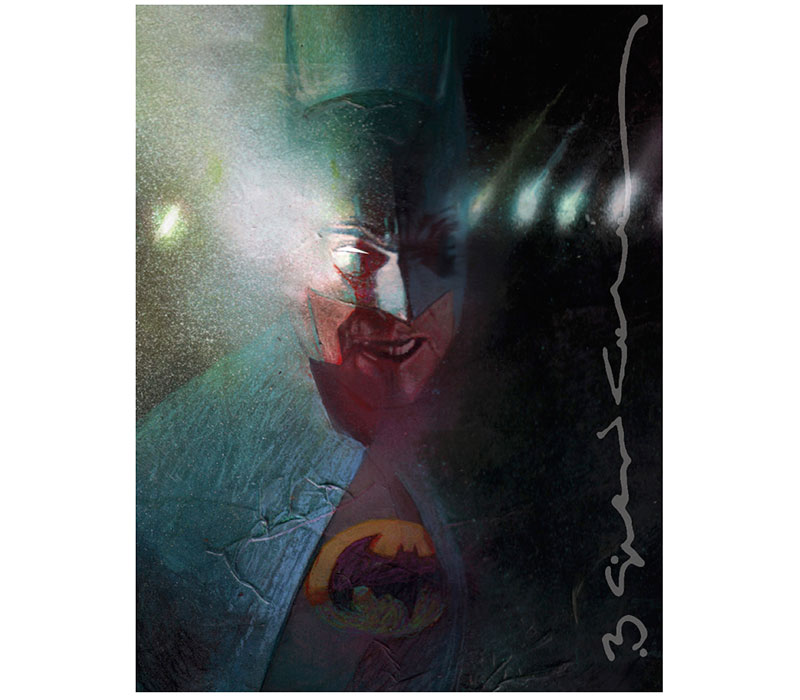 With the publication of Bill Sienkiewicz: Revolution and the artist’s induction into the Eisner Hall of Fame at this year’s Comic-Con International San Diego, there’s never been a better time to acknowledge one of the most respected and innovative artists. And if you’re wondering? It’s pronounced sin-KEV-itch.

Bill Sienkiewicz is an Eisner Award–winning, Emmy Award–nominated artist best known for revolutionizing the style of comic and graphic novel illustration over the past four decades. He is a classically trained painter influenced by modern and Abstract Expressionist artists such as Gustav Klimt, Egon Schiele, and Amedeo Modigliani. His work incorporates a stunning variety of oils, acrylics, watercolor, mixed media, collage, and more.

Sienkiewicz is best known for his groundbreaking work on Moon Knight, Elektra: Assassin, and his acclaimed graphic novel Stray Toasters, which has earned him an international reputation and cult status across a wide variety of media. 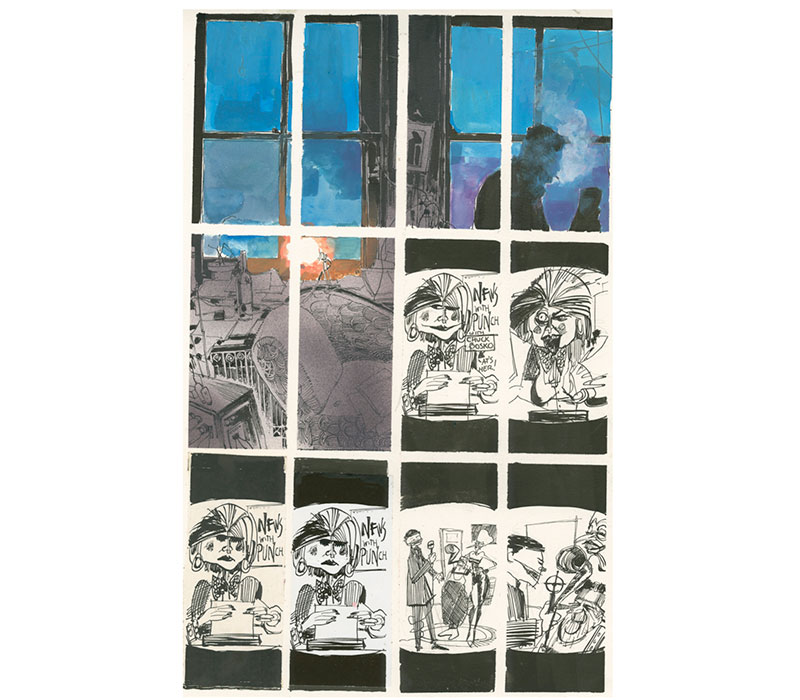 Sienkiewicz’s artwork has been exhibited at the National Museum of Fine Arts in Rio de Janeiro; galleries in Paris, Barcelona, and Tuscany; Spain’s famed La Semana Negra Festival; and dozens of other locations. He has produced work for advertising campaigns for Nike, MTV, and Nissan; dozens of feature films; the 2006 Winter Olympics; and magazines such as Entertainment Weekly and Spin.

Sienkiewicz has garnered numerous awards, most notably a 2004 Eisner Award for DC Comics’ The Sandman: Endless Nights, with Neil Gaiman; and 1995 and 1996 Emmy Award nominations for production and character design on the PBS children’s TV series Where in the World Is Carmen Sandiego? His Elektra: Assassin earned the 1987 Kirby Award, 1986 Yellow Kid Award, and 1986 Gran Guigiri Award. Sienkiewicz was inducted into the Eisner Awards Hall of Fame in 2019. He lives and works in Los Angeles.