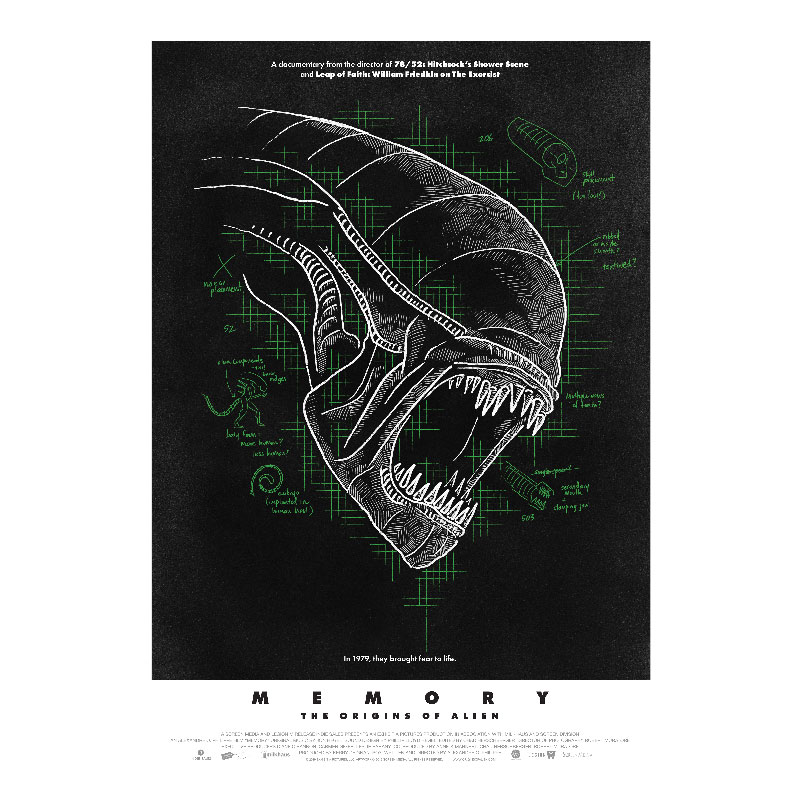 Memory was a script that Dan O’Bannon started in 1971, abruptly hitting a wall at page 29. But after the idea gestated for several years, it ultimately took the form of Ridley Scott’s masterpiece Alien.

But how did Alien lodge itself so indelibly into our cultural imagination? Philippe’s real interest lies in the deep resonance of myths and our collective unconscious. The strange symbiotic collaboration between Alien creators O’Bannon, Scott, and H.R. Giger suggests a greater synchronicity across history, art, and storytelling, a synchronicity that gives us the Furies, creatures of Renaissance painting, and even chest-bursting aliens.

Propelled by a pure joy of cinema (and sociology), the film is strewn with unearthed archival material, designs, and story notes. It’s safe to say you’ll never think of Alien the same way again.