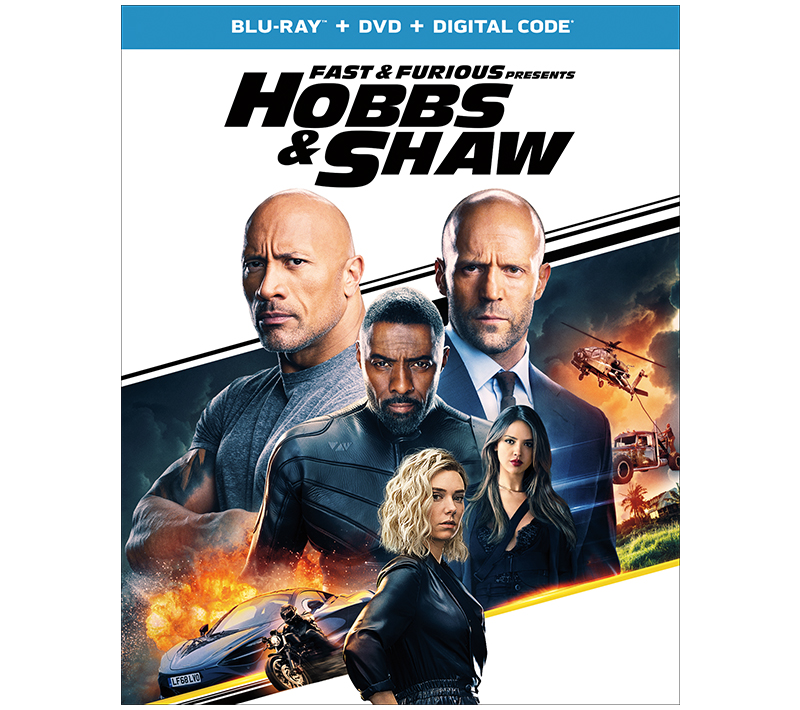 For years, hulking lawman Luke Hobbs (Dwayne Johnson) and lawless outcast Deckard Shaw (Jason Statham) have traded smack talk and body blows. But when cyber-genetically enhanced anarchist Brixton Lorr (Idris Elba) gains control of an insidious bio-threat that could alter humanity forever, Hobbs and Shaw must partner up to bring down the only guy who might be badder than themselves. Joining the cast as Shaw’s sister Hattie, Vanessa Kirby “is convincing as a woman who can take care of herself” (Rafer Guzman, Newsday). Directed by David Leitch from a story by longtime Fast & Furious narrative architect Chris Morgan and a screenplay by Morgan and Drew Pearce (Mission: Impossible – Rogue Nation, Iron Man 3), Hobbs & Shaw is produced by Johnson, Statham, Morgan and Hiram Garcia (Skyscraper, Rampage).

And we’re giving away ten copies!

To enter, send an email with the subject header “HOBBS AND SHAW” to geekcontest @ gmail dot com and answer the following question:

Hobbs & Shaw is the second Fast & Furious movie to not feature Vin Diesel.  What was the first?