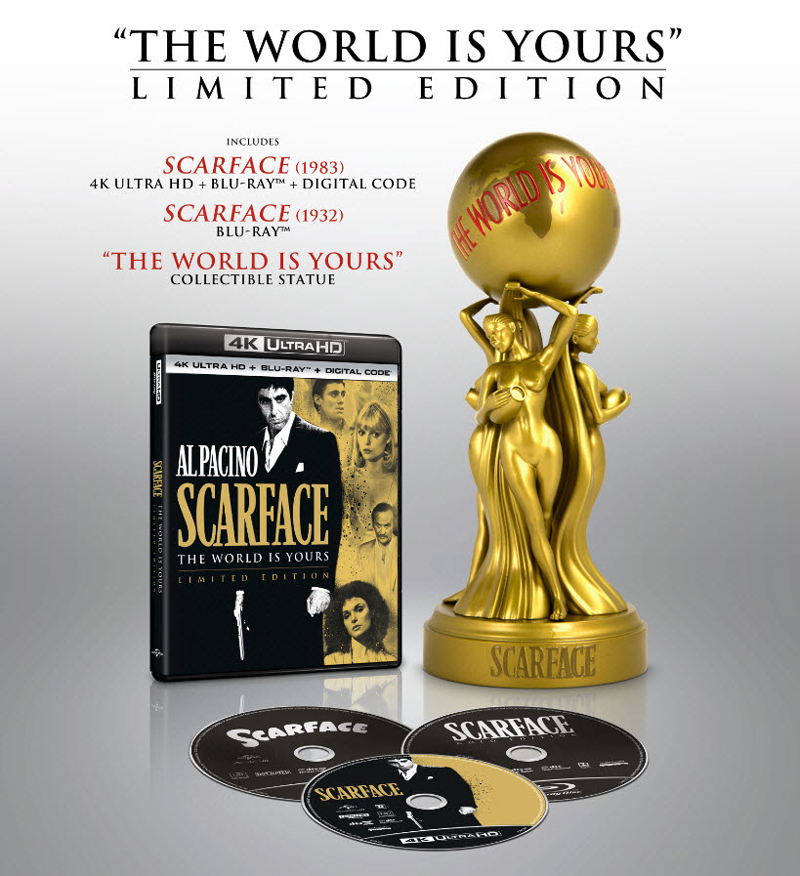 In the spring of 1980, the port at Mariel Harbor was opened, and thousands set sail for the United States. They came in search of the American Dream. One of them found it on the sun-washed avenues of Miami… wealth, power and passion beyond his wildest dreams. He was Tony Montana. The world will remember him by another name… Scarface. Starring Al Pacino as Tony Montana along with Michelle Pfeiffer, Steven Bauer, Mary Elizabeth Mastrantonio and Robert Loggia, Scarface has become a cultural phenomenon brilliantly directed by Brian De Palma and written by Oliver Stone.

The ultimate Scarface experience includes:
Available for a limited time only! Loaded with bonus features including new 35th Anniversary Reunion with Al Pacino and Michelle Pfeiffer!
And we’re giving a set to a Forces of Geek reader!
To enter, send an email with the subject header “SCARFACE” to geekcontest @ gmail dot com and answer the following question:
Which Academy Award winning filmmaker wrote the screenplay for Scarface?
Please include your name, and address (U.S. only. You must be 18 years old).
Only one entry per person and a winner will be chosen at random.
Contest ends at 11:59 PM EST on December 15, 2019.