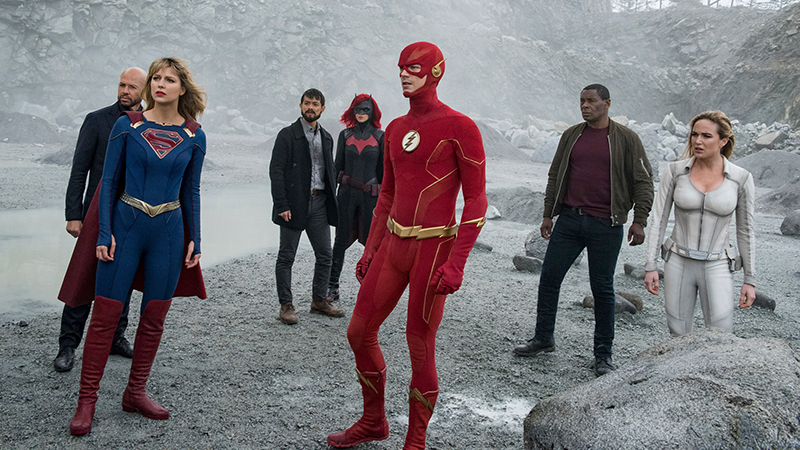 “Let me be clear.

There is no way that this is going to be perfect.”

These were the first two sentences I wrote for the review of the first parts of CRISIS ON INFINITE EARTHS, the five part reboot of the Arrowverse shows on the CW. And, to take all the mystery out of it, I was right. The landing was not stuck, so to speak. That’s not to say that it was bad or, worse, unentertaining.

It was! It was fun to just sit and watch tv for five hours and just…watch. I know I’m sitting here analyzing it after the fact, but I wasn’t watching it to be critical; I was watching it because I’m a fan. Now that we have that out of the way, I’m going to bring this house of cards to the ground.

I think the gap in the release of the first three parts and the second two was a little too long. Not because I have a bad memory or because I forgot any of the details of the first three, but because the enthusiasm I felt going into these last two had waned a bit more than I expected. I’m sure I’m not alone in this feeling. I’m sure others would say the same thing.

If you watch the five concurrently, you understand pretty quick that the fifth chapter isn’t necessary to be part of the event. You could have Kara waking up on her own show and have her dealing with the new reality of her surroundings there, and make it more intimate to the viewers of her show. If the only reason for putting the entire Arrowverse cast on LEGENDS for this last chapter was to make it the coda of the crossover, then I think you’d be better served by just having guest stars on the one show. I’ll come back to this from a different angle in a few.

There were a few times, in these last two episodes, where I questioned the logic behind the storytelling choices. More than a few, really, but I want to focus on the two biggest ones:

Let’s tackle the first one as it is a big turning point in the story that ultimately serves nothing. 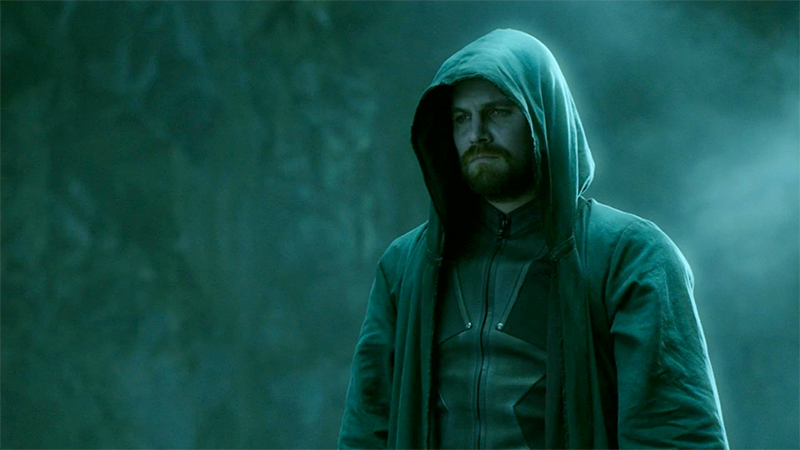 No wait, it does serve something, but it’s not the larger picture. As I mentioned in the first recap, I mentioned that this was Steven Amell’s swansong, and as the first of the Arrowverse shows, it was well deserved. They kill off Ollie and then take two additional episodes to explore the subplot of his friends trying to bring him back. All fine. Then the twist of Jim Corrigan showing up and passing off the mantle of the Spectre happens, and you start to think that there’s something special happening here. It’s a bit of a broken promise, though, when you get to the end.

Oliver dies once more in his final fight with the Anti-Monitor. He’s no longer the Spectre…I think? It’s not 100% clear, but it seems as though this second death is final and, I guess, Corrigan is the Spectre again (or, maybe more accurately, the spirit of God’s vengeance is not anchored to a human soul). So, my question remains…why make Oliver the Spectre if Corrigan could have done all this, and THEN pass the Spectre to Ollie?

It only serves the idea of giving Amell (and Oliver) a proper send off, but it makes the idea of Amell coming back to guest star in future episodes less of a possibility. It’d be great to see him just randomly show up and have a beer with Barry, or give some big brotherly advice to Kara. But, from all appearances, that’s not to be. A wasted opportunity.

The second question does serve the larger picture. Why do CRISIS at all?

You have the Monitor, warning of a coming crisis, and you start dropping Earths like flies. Then, Earth-1 is destroyed with the Paragons being pushed off to the Vanishing Point for…it’s unclear how long, but Ryan Choi has a boss-looking beard. So, they stop the Monitor from discovering the Anti-Matter universe, only to make their way to the dawn of time ANYWAY to battle the Anti-Monitor. 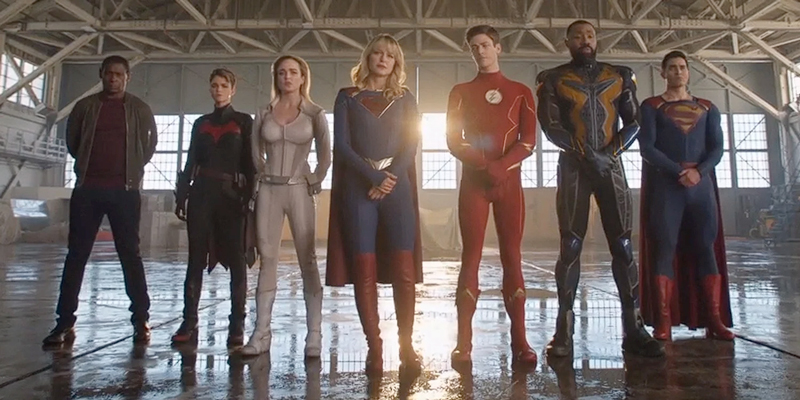 …and then you find out there is still a multiverse.

The point of CRISIS, the comic, was to streamline the universe and make it easier to navigate the convoluted history of DC’s entire catalog. Which, I would imagine, was the point of applying this to the tv shows. But then why is Stargirl on her own Earth? Swamp Thing? Superman of Earth-96? If you’re not going to make one big universe, where everything exists and the possibilities are wide open…THEN WHY DO IT AT ALL?

Some quick hits to consider:

I honestly wonder what the future of the Arrowverse is. And I know, it may seem like I’m shitting all over the event, but I was mostly pleased with the entire thing. I mean, THE TABLE IS REAL! 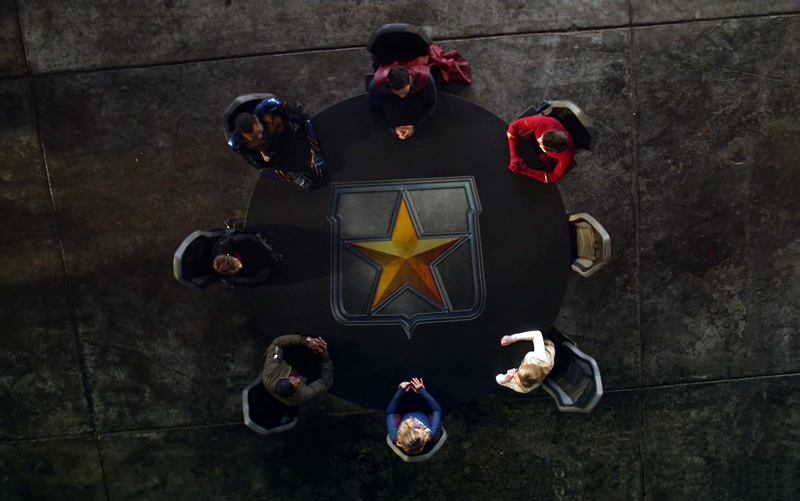 I’m looking forward to the shows that will come next. It could be fun, and that’s all I ever really wanted. Say what you want about the movies or the DC Universe shows or what’s to come on HBO Max.   The CW and Berlanti and company get it right.

This was a huge undertaking, and possibly too ambitious to please everyone, but if you’re not applauding the ambition and the energy behind this, you’re missing the point.

In this article:Arrowverse, Crisis on Infinite Earths, Crossover, Television Review, The CW