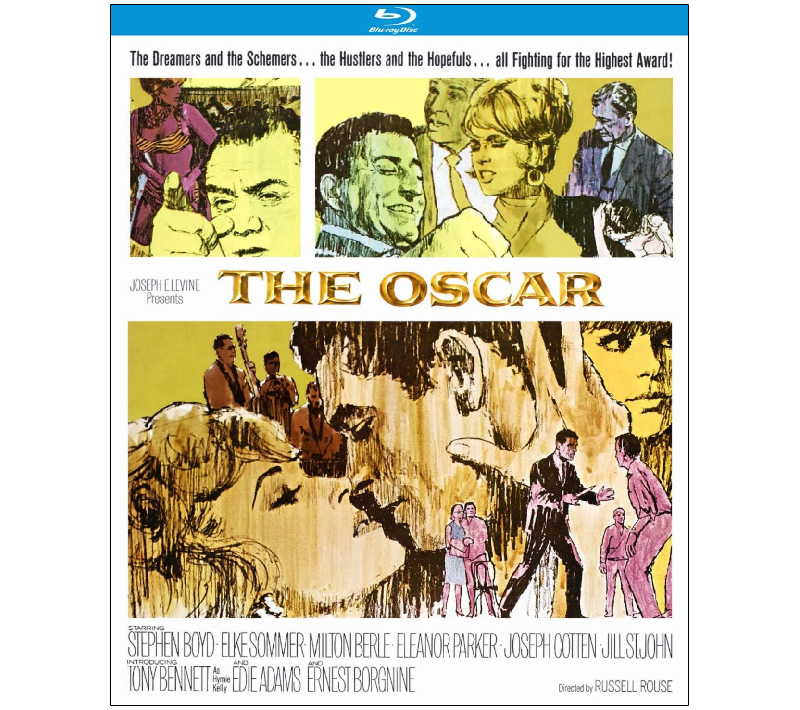 The Blu-ray and DVD are set to street on February 4, 2020, with a SRP of $29.95 for the Blu-ray and $19.95 for the DVD. This edition from Kino Lorber Studio Classics includes two new audio commentaries, one by Patton Oswalt, Josh Olson and Erik Nelson, and the other by film historians Howard S. Berger and Nathaniel Thompson.

Frankie Fane (Boyd) has clawed his way to the top of the Hollywood heap. Now, as he’s preparing to win his first Oscar, his friend Hymie Kelly (Bennett) reminisces about their life together, his ruthless struggle to the top and the people (see above) he’s stepped on to make it there. Nominated for 2 Oscars® for Art Direction-Set Decoration (Color) and Costume Design (Color).