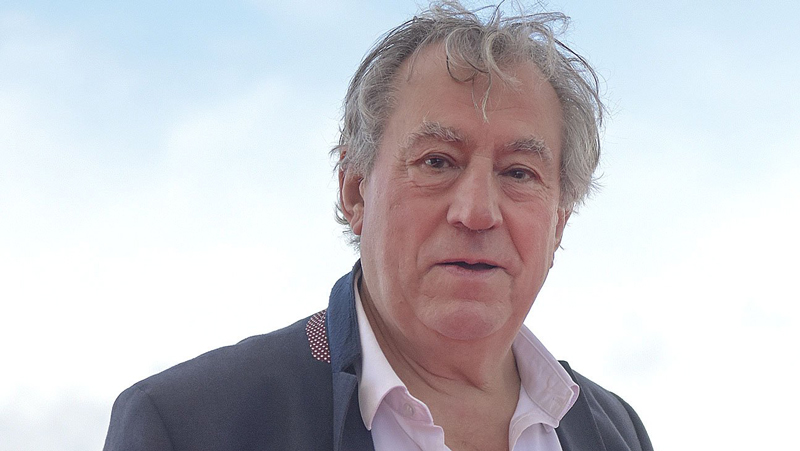 Terry Jones is a man of multiple sides. Writer. Director. Historian. Welshman. A poet, biographer, childrens’ author and columnist, he’s passionate about the environment and the world at large, a devoted family guy and the nation’s leading Rupert the Bear fan. Why is it then, when you think of him, the images that first come to mind are of Terry in a dress, or nude at the piano, or as an unfeasibly fat diner laid waste by a wafer-thin mint?

Because of Python, obviously, the kings of British comedy whose parrot, nudge nudge and argument room sketches are as familiar to us now as our favourite songs. We still laugh, though. Every time we see them, even though we know what’s coming, every word, every nuance. We’re helplessly devoted to Cleese, Palin, Idle, Chapman, Gilliam and Jones, ’til death do us part.

Keen to promote the Python back catalogue and add another pot of cash to the coffers, Terry Jones invited me to his glorious South London home for a bit of a chat, a nice cup of tea and some expired biscuits. “I got them free because they’re just past their sell-by date,” says Terry, tucking in.

“I remember making my first joke when I was four. Possibly three. We were sitting around having high tea, as we called it back then, at my grandmother’s place in Wales. She asked if anyone wanted more custard. Seeing the opportunity for a bit of humour I put my hand up and passed her my placemat instead of my bowl, and she ladled custard all over it. I stood by for plaudits and amusement, instead of which everybody turned on me and shouted, ‘What did you do that for, you stupid boy?’ It taught me that comedy’s a hard business. If it doesn’t work, people get stroppy.”

With custard on his hands and comedy in his blood, Terry was encouraged by Danny Kaye’s incredible success to shoot for stardom himself. “As a child watching his films I thought, well, anybody can do that.” Buster Keaton, his true childhood hero, was a tougher act to follow. “The great thing about Keaton’s movies is that they’re funny and beautiful, all at the same time. Comedy is only successful when all the elements work together. The costumes have to be right, the make-up, the angle of the camera, the performances… And it has to be funny, too. When that happens it’s magical.” 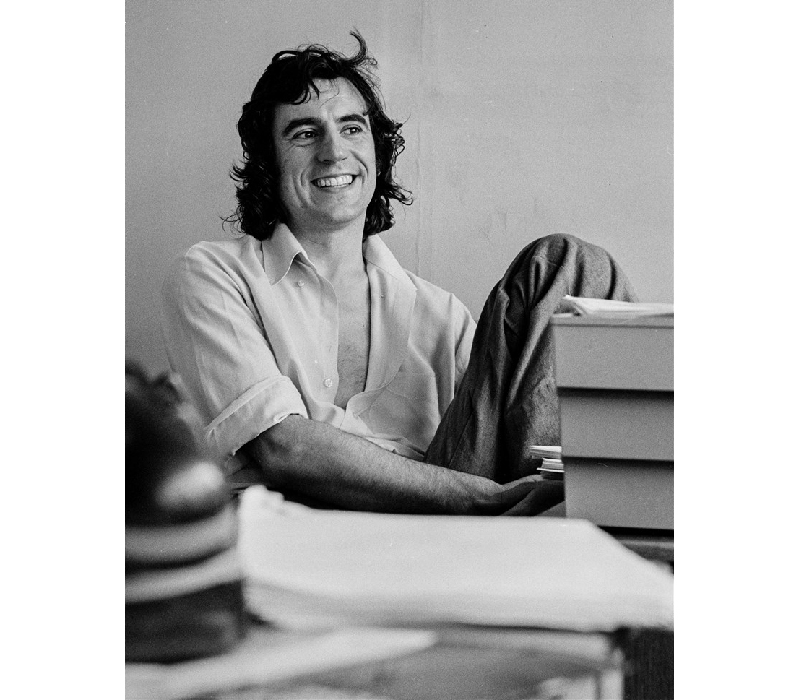 That’s why Jones became a director. He was the only Python who cared about all that stuff. But it was a long journey, one that began in the mid-1960s with university chum and writing partner Michael Palin. “Mike and I were writing scripts for TV. We wanted to act as well, but while we were waiting for that to happen we worked for Marty Feldman. We’d read though the script with Marty and he’d say, ‘Everyone thinks this is really funny’. They’d take the script away and rehearse it, and of course what would happen was that while they were doing that they’d get bored of it. Once they’d laughed at a joke they wouldn’t laugh again.  So Marty would start ad-libbing and by the time the script went on air it was completely different.”

To keep their words safe, Terry and Mike took to the screens, honing their craft in shows like The Complete and Utter History of Britain (1969), once missing, believed wiped by the BBC but recently discovered in an Australian bank vault. But still they weren’t happy. Directors didn’t understand them. Budgets were woefully inadequate. “I realised I’d have to get involved with everything,” says Jones. When the Python gang assembled for their first Flying Circus (also 1969), director Ian MacNaughton didn’t know what hit him. “It was difficult to begin with. Ian slightly resented my interference, but eventually we developed a good working relationship. I just had to be involved, to make sure the locations were right and the editing was tight. That’s how I ended up directing stuff.”

Terry’s directorial stuff began with 1975’s The Holy Grail, Python’s first proper movie. Sharing the task with madman animator Terry Gilliam, Jones learned the meaning of the phrase, ‘be careful what you wish for’. “It was a very difficult shoot. We had five weeks, very little money and no time to think. We just had to crack on. The first day we were up this mountain in Glencoe. We were high on this path beside a deep chasm, about to shoot the Bridge of Death sequence, when Graham, who was supposed to be this great mountaineer, suddenly moved from the edge and started shaking like a leaf. Later we learned he was going through cold turkey. So we’re trying to get this shot, even though Graham has the DTs, and then the camera breaks. The only other camera we had was mute, and the only shots we could use it for had to take place on the other side of the gorge. The only way across was on the Bridge of Death, which was made to look terribly unsafe but was perfectly safe really. But nobody would go across it so it took an hour to walk down and around to the other side. We shot a few bits and that was the end of our first day. Rubbish.” 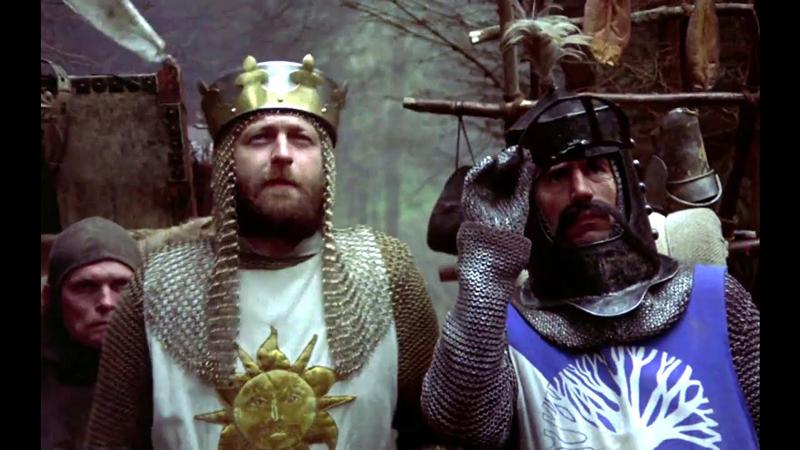 Still, it worked out well in the end, thanks to all those killer bunny, Black Knight and shrubbery gags. And it remains one of the most popular comedies of all time, proof of which will soon be seen on Broadway, where Eric Idle and Graduate director Mike Nichols are currently preparing a Holy Grail musical. “It’ll be interesting to see if it works. I hope it does. Eric’s written a lot of great songs. One’s a real showstopper, something like ‘This is the song that goes like this’, or ‘Where is the song that goes like this?’, but I really shouldn’t be telling you this. It’s a new concoction, really, with odd bits of Holy Grail and a new ending.”

Life of Brian, Python’s most accomplished and celebrated movie, marked Terry’s first solo effort as director, a much happier experience by all accounts and still making the gang lots of cash. 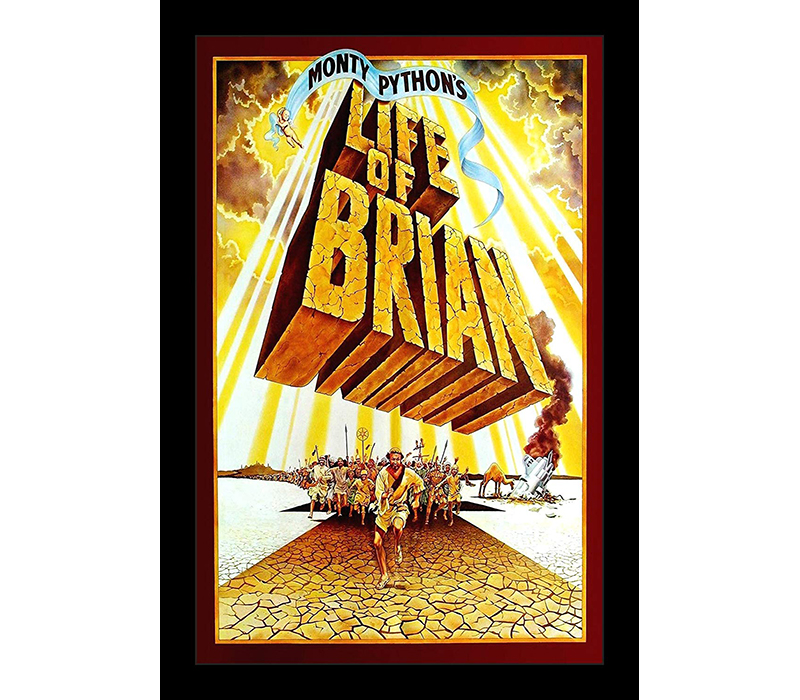 With The Passion horrifying audiences worldwide, a limited re-release of the movie is currently encouraging traumatised Christians to look on the bright side of life. “We thought it was a great opportunity to make some money. We took a new print off the original negative and it looks really good. I still find though, when I watch it, that I can’t help thinking, ‘I do hope people find this funny’. Like the speech impediment stuff. I hope people get it.”

There hasn’t been any new Python now for 20 years. “The Meaning Of Life was our last film, and though it’s not the best of them, or the most successful, it has some of the best Python in it. Every Sperm is Sacred still makes me laugh. The sex lesson’s great and the Galaxy Song is I think the best Eric’s ever written.” Top of the list has to be the Mr Creosote sketch, which had Terry don the mother of all fat suits, over-eat enormously, throw up constantly and finally explode. “I’d written on a piece of paper, ‘a sketch in the very worst possible taste’. I didn’t know what it was going to be. The next thing I wrote was, ‘Fat man walks into a restaurant’.

Waiter: “How is monsieur this evening?”

Fat man: “Better get a bucket…” 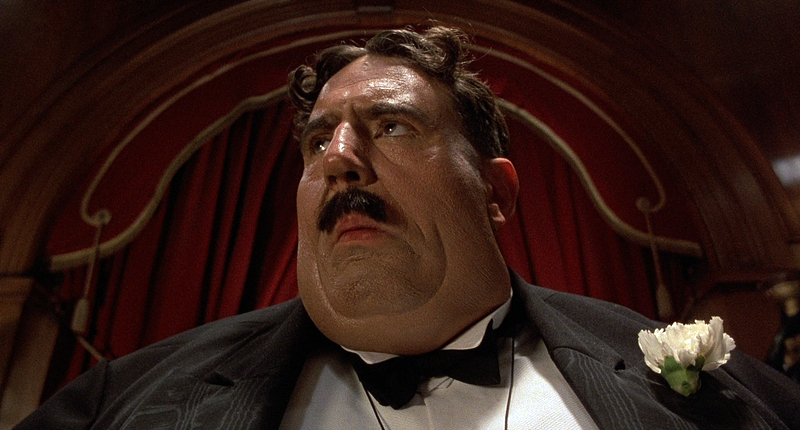 “It was obvious what was going to happen after that. I wrote the sketch with Mike, but nobody liked it. We thought it was our best work but it got rejected. About a month later, John rang me and said, ‘I’ve got something that’ll put a smile on your face, Jonesy. I’ve just been reading that Mr Creosote sketch and I think it could be quite funny’. He did some work on it himself, added the ‘wafer thin mint’ line at the end, and the rest is history.”

Jones quit directing in 1996, following the disappointing reaction to his Wind In The Willows adaptation. “It’s a lovely film. In many ways, the best thing I’ve done. But it didn’t get proper distribution. You spend all that time on something, you think it really works, and then nothing happens. So I felt, well, ‘fuck off’.”

These days Terry’s more interested in waxing lyrical about medieval peasants on the telly, slagging off Bush and Blair in the papers, and writing hysterical fiction for kids. “It started with my daughter Sally. She was five. I thought, ‘Great, I can start reading fairy tales to her, so I began with the Brothers’ Grimm. When we got to the end of Snow White, though, I found myself reading out, ‘So the wicked stepmother put on red hot iron slippers and danced until she fell down dead’. What’s your little daughter supposed to say? ‘I’m so glad they tortured that old woman to death, daddy’. I thought maybe I should write my own…”

As ever, if you want a job done right, get Terry to do it. 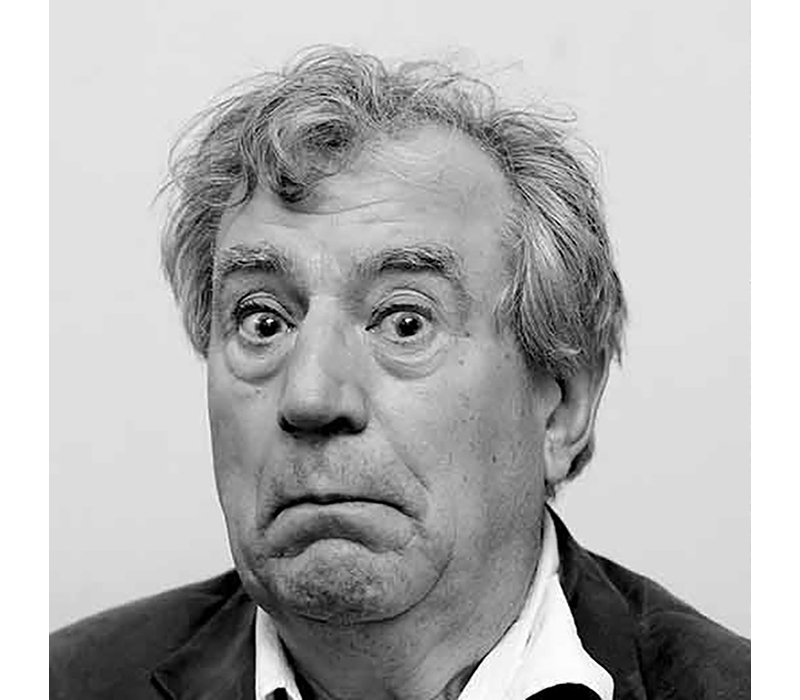