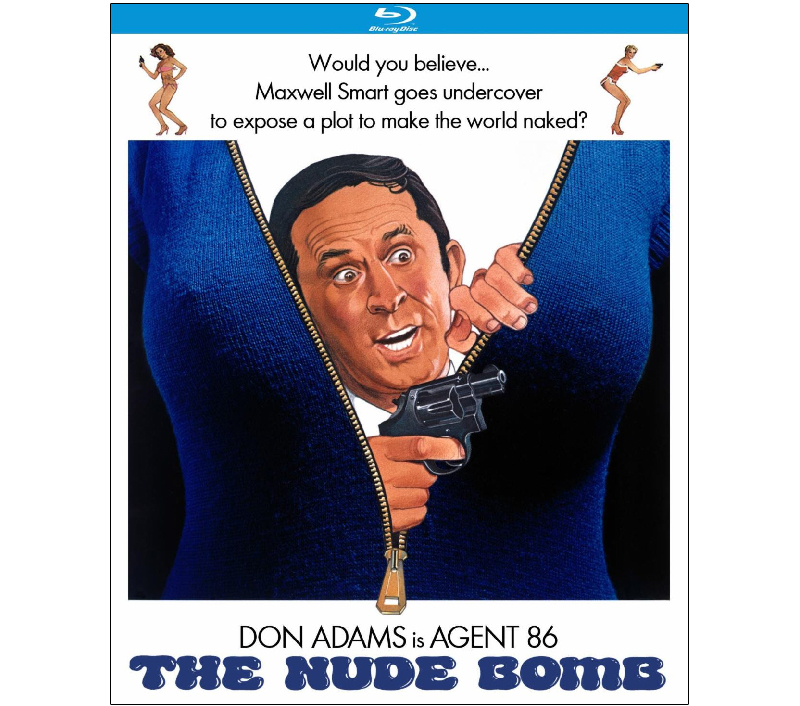 Kino Lorber Studio Classics announces the release of THE NUDE BOMB, starring the great Don Adams as Maxwell Smart (Agent 86), the role that made him a star on the hit TV series “Get Smart!”. Adams brings Agent 86 to the big screen in this big-scale spoof of Hollywood spy movies that features a hilarious cast including Sylvia Kristel (Emmanuelle), Rhonda Fleming (Inferno), Dana Elcar (The Sting), Pamela Hensley (Rollerball), Norman Lloyd (Saboteur) and Vittorio Gassman (Big Deal on Madonna Street).

In THE NUDE BOMB, Agent 86 is assigned to battle an evil villain who is threatening to drop a “nude bomb” capable of destroying all the fabric in the world. With only 48 hours, some voluptuous assistants, and his questionable spy skills to help him, Maxwell Smart certainly has his hands full trying to save the world from severe nakedness. Directed by Clive Donner (What’s New Pussycat?), THE NUDE BOMB is a hilarious spoof that is sure to leave you in stitches!

And we’re giving away 5 copies!

To enter, send an email with the subject header “NUDE BOMB” to geekcontest @ gmail dot com and answer the following question: