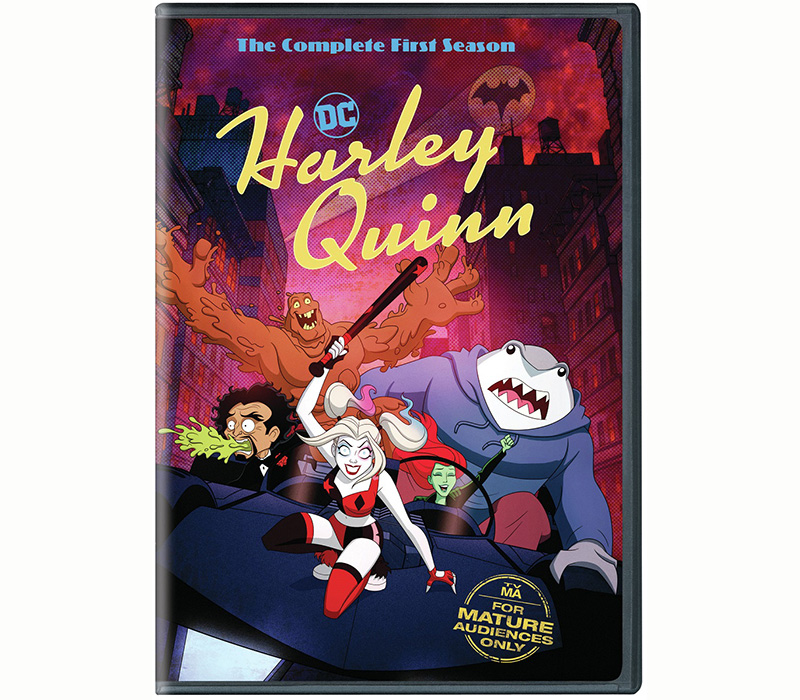 Harley Quinn premiered on DC UNIVERSE this past November to rave reviews from critics and fans alike. Now, fans can enjoy the non-stop laughs and excitement of the adult animated action-comedy series as Warner Bros. Home Entertainment gets set to release Harley Quinn: The Complete First Season. Available on DVD June 2, 2020 for $24.98, the set features all 13 half-hour episodes.

Harley Quinn has finally broken things off once and for all with the Joker and attempts to make it on her own as the criminal Queenpin of Gotham City. With the help of Poison Ivy and a ragtag crew of DC castoffs, Harley tries to earn a seat at the biggest table in villainy – the Legion of the Doom. She’s got her eyes on the prize and nothing can stop her, except maybe Batman and Commissioner Gordon or her jealous, deranged ex. But don’t worry – she’s got this. Or does she? So strap in for this non-stop, demented thrill ride!

“Fans can’t get enough Harley Quinn and we are thrilled to release Harley Quinn: The Complete First Season for them to embark on the character’s latest crazy antics,” said Mary Ellen Thomas, Warner Bros. Home Entertainment Senior Vice President, Originals, Animation and Family Marketing. “With adult humor and new animated action the release is timed to coincide with the series’ season two premiere.”