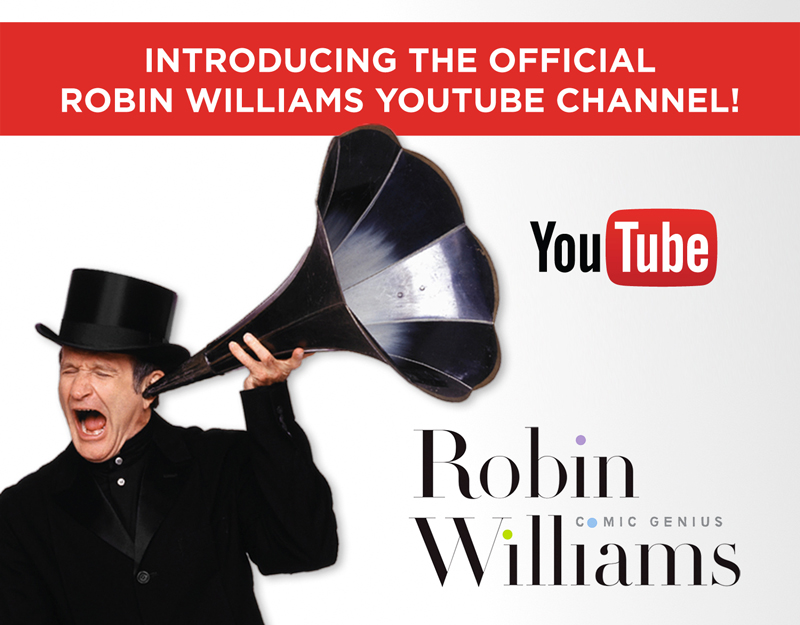 While Robin Williams started performing stand-up comedy in the mid-‘70s, most of America first fell in love with him as the naïve and hilarious alien from the planet Ork in Mork & Mindy.  He became an instant superstar and went on to do five HBO stand-up specials and dozens of feature films.  Robin performed steadily for nearly four decades—from comedy clubs to stadiums, from talk shows to USO tours—and continually amazed audiences with his frenetic energy and unbelievably quick wit.

This April Fools’ Day, the comedy connoisseurs at Time Life will launch The Official Robin Williams YouTube Channel, celebrating Robin’s chttps://youtu.be/8sj9YiMB-sgomic genius.  Whether you know Robin from the stage or from the screen, as a comedian, an alien, or a genie—home audiences can subscribe to the channel and be prepared to laugh and cry at unforgettable and hilarious performances by the singular talent.

Upon launch, the channel will feature classic live performance clips hand-picked from Robin’s HBO stand-up specials, including his uproarious sketch on the beginnings of golf (Live on Broadway, 2002), his emotional “Spark of Madness” (Off the Wall, 1978) and a hilarious and detailed account of his run-in with the famous signing gorilla, Koko (Live on Broadway). Also featured at launch are exclusive, recently shot interview clips with comedian Lewis Black on “Becoming Friends with Robin Williams” and David Steinberg, Williams’ longtime manager and friend holding forth with an “Inside Look on Robin Williams’ Genius.”  Each week following the launch, the comedy mavens at Time Life will post a brand new clip to the channel.

Of the channel, Steinberg says, “What a great time to enjoy the gift of Robin’s genius. Who doesn’t need a laugh?”

And celebrate the launch of the site, as well as the comic genius himself, we’re giving away 3 Robin Wiliams: Comic Genius 5-disc DVD collector’s sets! 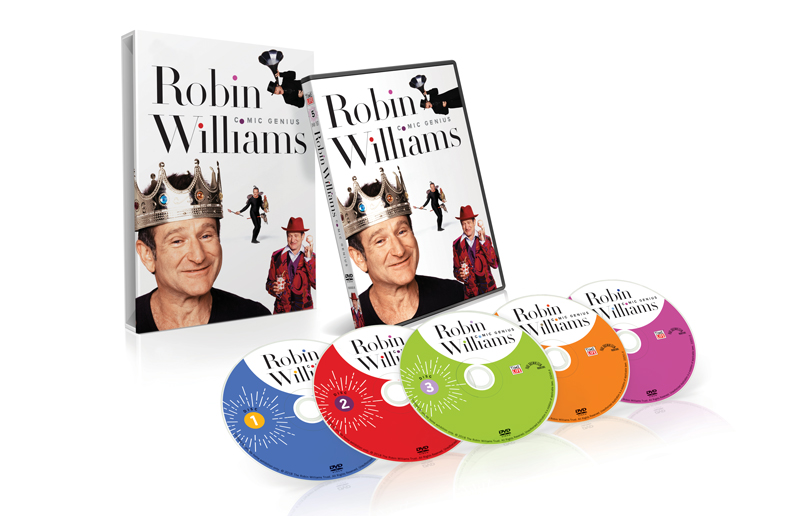 To enter, send an email with the subject header “ROBIN” to geekcontest @ gmail dot com and answer the following question:

What was the name of Robin Williams’ first comedy album?