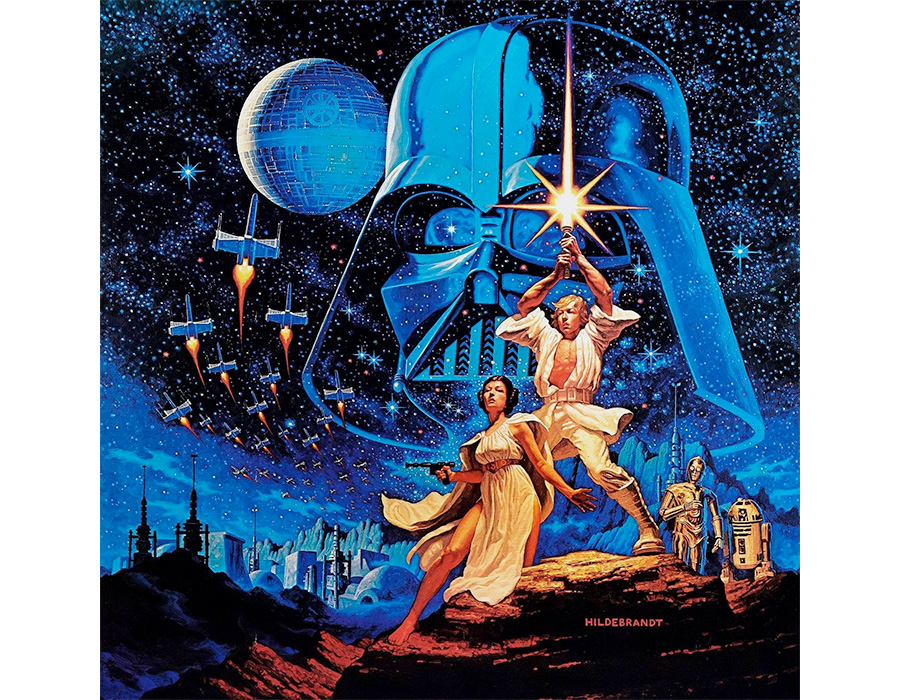 I was 6 years old when I first saw Star Wars in 1977. It was a mind-blowing experience, especially with no frame of reference to what had come before, science fiction-wise. My limited time walking upon the Earth couldn’t comprehend how actually mind-blowing, innovative and important Star Wars was.

And I stress important.

Needless to say, afterwards, any movie or TV show that had spaceships and laser beams, I had to watch.

Let’s not forget that Mel Brooks couldn’t resist with Spaceballs, but that wears its intentions on its sleeve.

Little did my young mind know that all of these properties were produced in order to capitalize on the unexpected wild success of Star Wars.

But, there’s one film that stood out. Another film, just like Star Wars, that I watch just as much, every single time it was running on HBO: 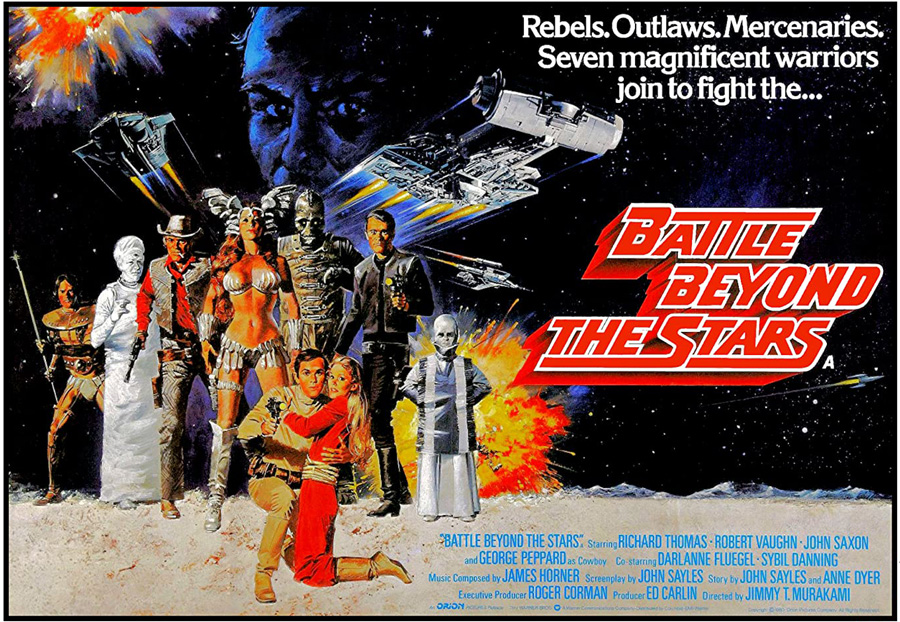 Roger Corman was the only filmmaker savvy enough to not borrow elements from Star Wars, but to steal. Because as the old idiom goes; good artists steal.

In the immediate aftermath of Star Wars, Corman produced two offerings: 1978’s Starcrash starring David Hasselhoff and Battle Beyond the Stars. Both are pretty damn campy, steal from Star Wars and were made with shoestrings and paperclips.

If I had been aware of Starcrash, it was forgettable.

I’ve only come to discover, or rediscover it, in recent years. It’s… not great. Despite Christopher Plumber’s “can do no wrong” guest appearance as the wise galactic emperor.

Battle Beyond the Stars, by comparison, is a masterpiece.

And you know what, it’s actually an incredibly solid film, despite the cheap sets and outdated FX photography even for its time. It’s a film that steals from Star Wars right down to its very foundation, which I believe is what sets this far and above any Roger Corman film produced, or any Star Wars wannabe for that matter.

It would also be a disservice for me not to note that John Sayles was behind the screenplay for Corman’s other notable rip-off success, Piranha, based on Jaws.

The Waltons‘ Richard Thomas was cast as our hero, Shad. Tonally, Luke Skywalker/Mark Hamill in every way. Hamill had also made a name for himself in television in the early 70’s.

With a young man setting out into the unknown for an adventure to stop a planet killing spaceship from destroying a planet, what more can you ask for? I didn’t realize it at the time, but Shad/Luke Skywalker was me. 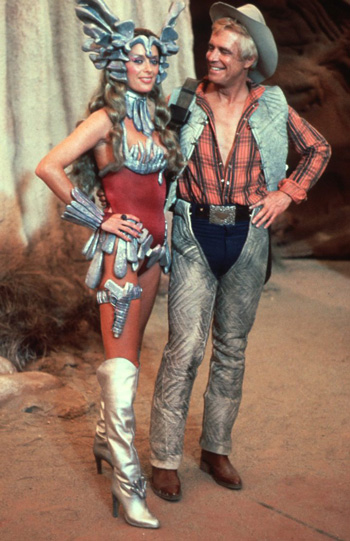 I was somewhat familiar with some of the other cast: George Peppard as a space trucking cowboy Earther, simply referred to as Cowboy, and Robert Vaughn as Gelt, playing his same exact character from The Magnificent Seven (also based on The Seven Samurai), right down to some of the same dialogue. Both rogues standing in for Han Solo.

John Saxon is the baddie, Sador. Just as direct and nasty as Darth Vader, wielding a planet killing spaceship. His ultimatum? Subjugate yourselves or die. No messing around.

While there were no droids in Battle Beyond the Stars, we have Nell, Shad’s spaceship’s feisty feminine artificial intelligence. Unexpectedly, for me, one of the highlights of the film, it was as if R2-D2 could speak human. The banter and relationship between Shad and Nell was such that – SPOILER – when she sacrifices herself to save the day, I feel sadness. Maybe even moreso than when Luke temporarily lost R2.

As stated, the VFX were not remotely on par with Star Wars, even resorting to recycling shots in a sequence or so. But, they do their job and every ship has character, saying something about their pilots.

In spite of its lower budget, $2 million, which at the time was Corman’s most expensive movie, you get a sense that the filmmakers really cared. That’s probably because one of those filmmakers was the uncompromising James Cameron. 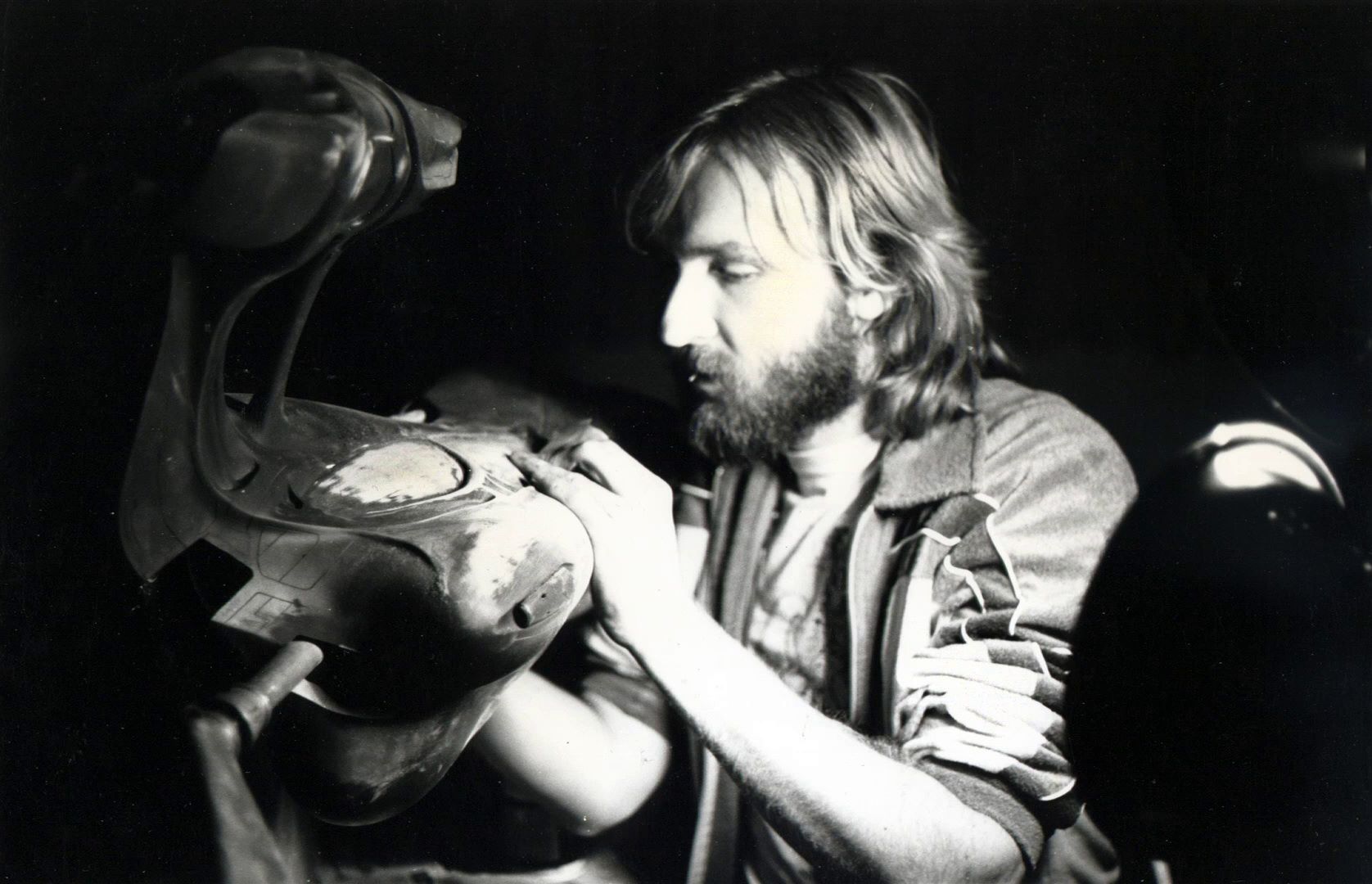 Also on staff, future Cameron producing partner and future ex-wife, Gale Ann Hurd. John Sayles’s script had human moments and world building. The amazing sound design still holds up. To this day, can’t get enough of the android vocals from Hephaestus Station. And speaking of sound, the movie’s soaring score was composed by none other than the tragically late James Horner.

Playing the law of averages, when you produce a lot of content, at some point the stars, no pun intended, align and something noteworthy is given birth. For Roger Corman, Battle Beyond the Stars may be his opus.

And like so many, many films and filmmakers since 1977, it’s all owed to George Lucas’s Star Wars.

Now, am I telling you to drop what you’re doing and find Battle Beyond the Stars to watch? No. I’m not a fan of hate mail. But, if you’re interested in campy sci-fi that actually works, you just might find the same charm and enjoy it like I still do.