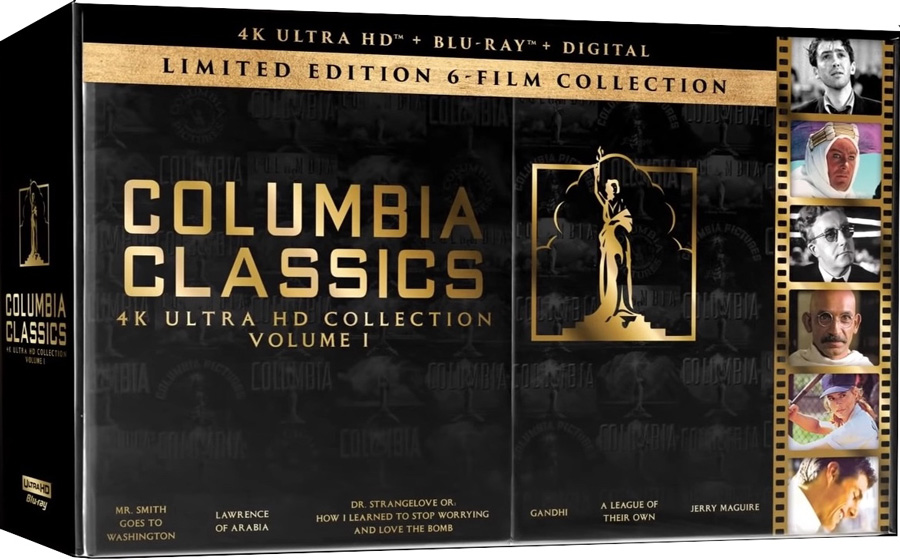 Sony Pictures Home Entertainment is proud to debut six of the most acclaimed and beloved films from its library on 4K Ultra HD disc for the first time ever, exclusively within the COLUMBIA CLASSICS 4K ULTRA HD COLLECTION, available June 16. This must-own set includes iconic favorites that span the studio’s history: MR. SMITH GOES TO WASHINGTON, LAWRENCE OF ARABIA, DR. STRANGELOVE OR: HOW I LEARNED TO STOP WORRYING AND LOVE THE BOMB, GANDHI, A LEAGUE OF THEIR OWN and JERRY MAGUIRE. Each film is fully restored in 4K resolution with High Dynamic Range.

Additionally, this set of fan favorites wouldn’t be complete without the fans themselves making their voices heard! In a recent Sony Pictures Home Entertainment poll, consumers were asked which modern classics they wanted to see included in a 4K gift set. More than 30,000 responses were received, and A LEAGUE OF THEIR OWN and JERRY MAGUIRE were the #1 and #2 winners, respectively, ensuring their inclusion within this collection.

The six films in the COLUMBIA CLASSICS 4K ULTRA HD COLLECTION are only available on 4K Ultra HD disc within this special collector’s set with a limited-edition run of fewer than 8,000 units in the U.S. Included with the collection is a gorgeous hardbound 80-page book, featuring in-depth sections about the making of each film within the set via an all-new essay written by acclaimed film historian Julie Kirgo.

In addition, the set also includes an exclusive disc featuring excerpts from Columbia Pictures’ televised 50th anniversary special, which originally aired in 1975 and has never been officially available.  These excerpts feature rare on-camera insights from such luminaries as Frank Capra, Phil Silvers and Orson Welles. This exclusive disc also includes the vintage behind-the-scenes documentary “Mr. Attenborough and Mr. Gandhi,” which was filmed on the set of GANDHI and features interviews with cast and crew.

Dr. Strangelove or: How I Learned to Stop Worrying and Love the Bomb

Synopsis: A film about what could happen if the wrong person pushed the wrong button — and it played the situation for laughs. U.S. Air Force General Jack Ripper goes completely insane, and sends his bomber wing to destroy the U.S.S.R. He thinks that the communists are conspiring to pollute the “precious bodily fluids” of the American people.

Synopsis: Due to his knowledge of the native Bedouin tribes, British Lieutenant T.E. Lawrence (Peter O’Toole) is sent to Arabia to find Prince Faisal (Alec Guinness) and serve as a liaison between the Arabs and the British in their fight against the Turks. With the aid of native Sherif Ali (Omar Sharif), Lawrence rebels against the orders of his superior officer and strikes out on a daring camel journey across the harsh desert to attack a well-guarded Turkish port.

Synopsis: When the idealistic young Jefferson Smith (James Stewart) winds up appointed to the United States Senate, he gains the mentorship of Senator Joseph Paine (Claude Rains). However, Paine isn’t as noble as his reputation would indicate, and he becomes involved in a scheme to discredit Smith, who wants to build a boys’ campsite where a more lucrative project could go. Determined to stand up against Paine and his corrupt peers, Smith takes his case to the Senate floor.

A League of Their Own

Synopsis: When slick sports agent Jerry Maguire (Tom Cruise) has a crisis of conscience, he pens a heartfelt company-wide memo that promptly gets him fired. Desperate to hang on to the athletes that he represents, Jerry starts his own management firm, with only single mother Dorothy Boyd (Renee Zellweger) joining him in his new venture. Banking on their sole client, football player Rod Tidwell (Cuba Gooding Jr.), Jerry and Dorothy begin to fall in love as they struggle to make their business work.

This acclaimed biographical drama presents major events in the life of Mohandas Gandhi (Ben Kingsley), the beloved Indian leader who stood against British rule over his country. Dedicated to the concept of nonviolent resistance, Gandhi is initially dismissed by English officials, including the influential Lord Irwin (John Gielgud), but eventually he and his cause become internationally renowned, and his gatherings of passive protest move India towards independence. 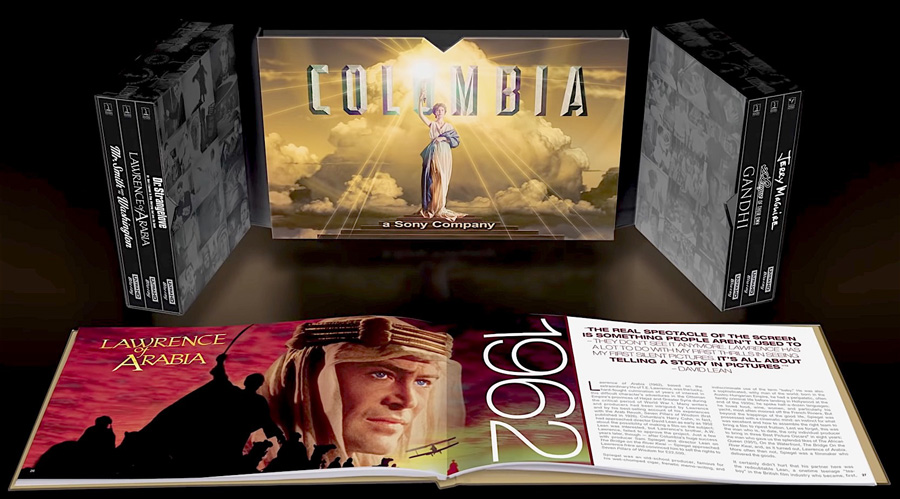